When Valkyria Chronicles first debuted in the West, it was still a fairly unknown sort of RPG for many years. While it had a cult following surrounding its unique fusion of strategy and third-person shooting, it hadn’t hit the mainstream audience until its PC debut many years later. The aptly-titled CANVAS graphics engine gave this game of war a beautiful watercolor design that no game has matched. Now, two sequels and an entire console generation later, the Europa theater returns with a new spinoff title that takes the series into a melee-focused action RPG: Valkyria Revolution. 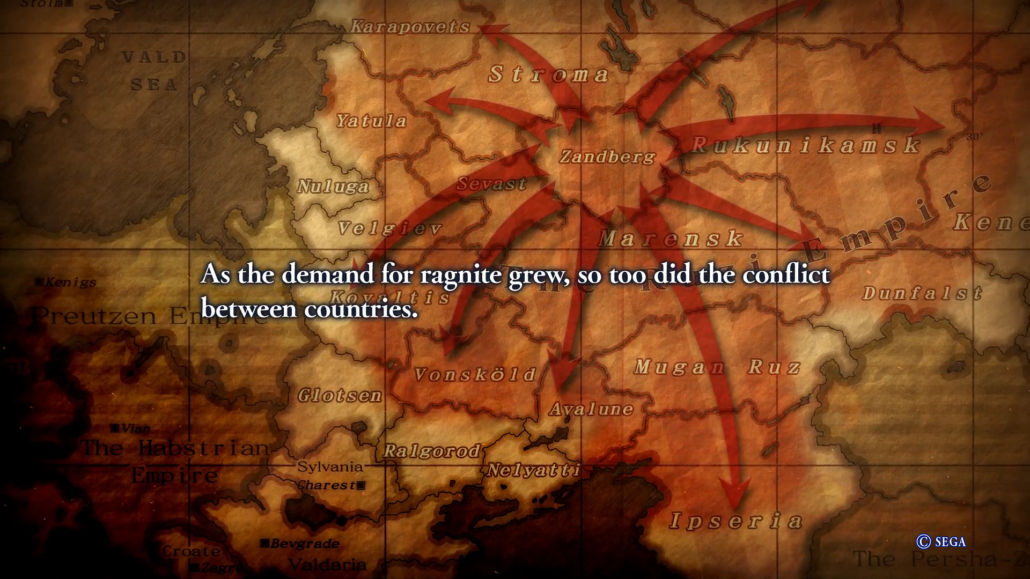 As members of the Anti-Valkyria Squad, their function exists to act as a sort of elite Corps, tasked with performing covert ops for the sake of Jutland. It’s a minor shift away from the front-and-center role of Welkin’s Squad 7 from the first Valkyria Chronicles or the military academy of Gallia. Instead, the story is centered around a tale of personal revenge for Amleth Grønkjær and his Vanargand “Circle of Five”.

War can be a terrible thing, brought about by the most minor of ill intentions. Some draft articles of warfare over expanding their country’s influence, others do it for monetary reasons or to address a perceived sleight. However, in Valkyria Revolution, the reasons behind the great war between Jutland and the Ruzhien Empire began as little more than acts of petty revenge. Amleth has made it his life’s sole mission to confront and eliminate the Five Great Generals of the Ruzhien Empire, even at the expense of his fellow countrymen and comrades. 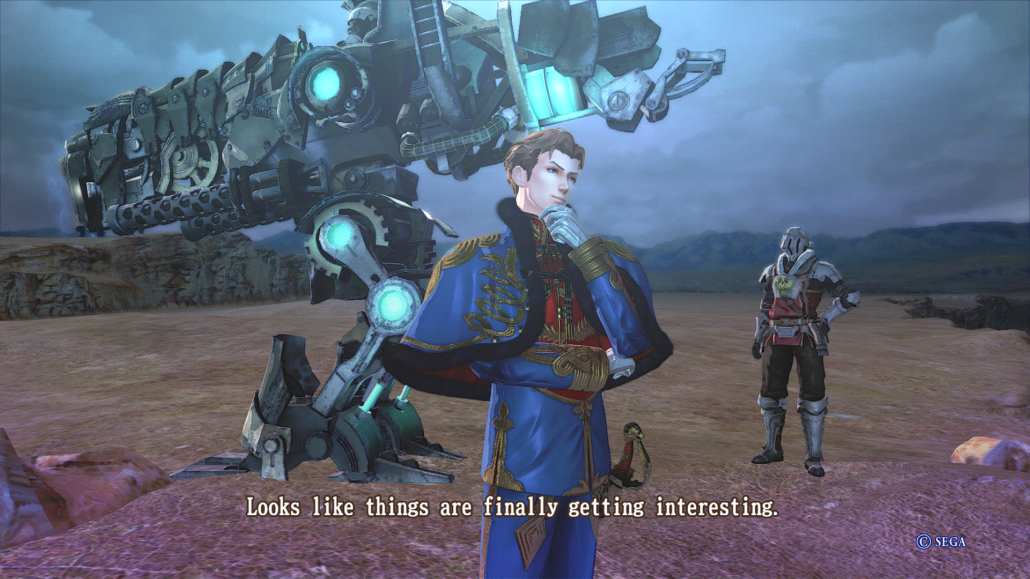 In the fictional world of the Valkyria series, a precious mineral known as Ragnite serves as the powering source for modern civilization and the military tools used to keep it safe. While Valkyria Chronicles’ military uses primarily consisted of tanks and other large-scale ordnance, the Vanargand members all put it to use in oversized melee weapons. Guns are an afterthought for the player’s squad, being relegated to the role of secondary weapons with more limited stocks than in previous titles. Instead, much of the combat is done through the use of melee weapons and the occasional Ragnite-imbued magical ability. 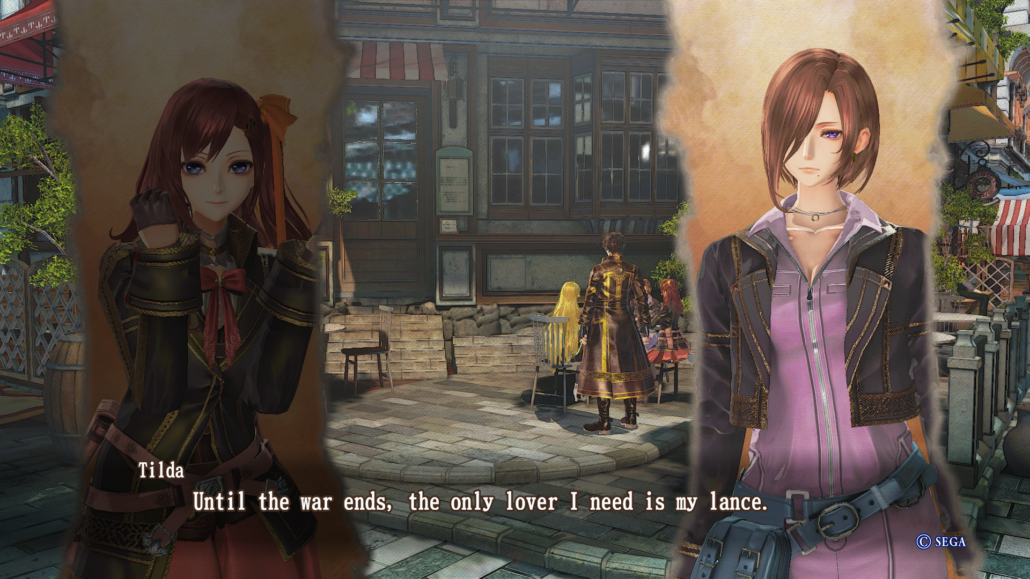 Valkyria Revolution’s shift into melee combat wouldn’t feel proper in a strategy RPG modeled after the previous Chronicles titles. Taking a dramatic step away from the existing genre, the new series molds itself into a fusion of ATB combat with a much softer emphasis on the tactical aspect. This new battle system should feel familiar to those that have played the likes of Final Fantasy XII or perhaps Xenoblade Chronicles. Squad members are free to run about the field, with additional bonuses for sneak attacks, flanking maneuvers, and the like. There’s even a cover system for hiding behind chest-high sandbag bunkers or behind walls. This can be handy when trying to snipe away enemy commanders from afar with the squad’s machine gun arsenal. Machine gun fire is also handy for providing suppression and putting the enemy squads into a status of fear and disarray; the same can also be said for your squad when charging blindly into a machine gun nest. 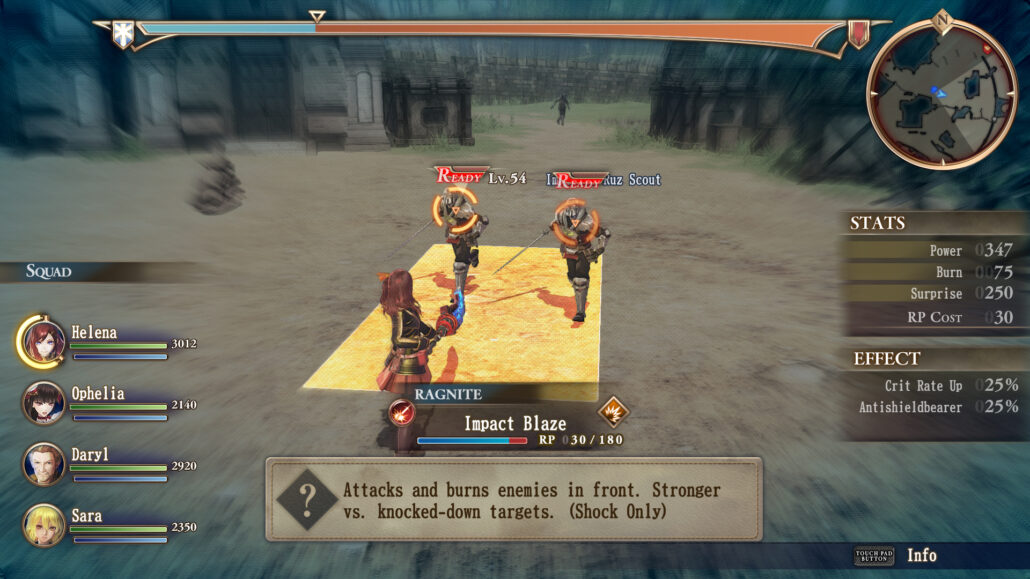 Depending on your difficulty and play style, it’s possible to just disregard any semblance of tactics and charge in headfirst. Among the earlier missions of Valkyria Revolution, Amleth and the rest of the Vanargand take a laughably low amount of damage from enemy fire and even the walker gears (think magitek armor from Final Fantasy VI) that would otherwise provide military superiority. Because of this, I was able to rush through much of the story missions by simply charging into an enemy base and dropping either a grenade or one of Amleth’s fire-oriented Ragnite spells. 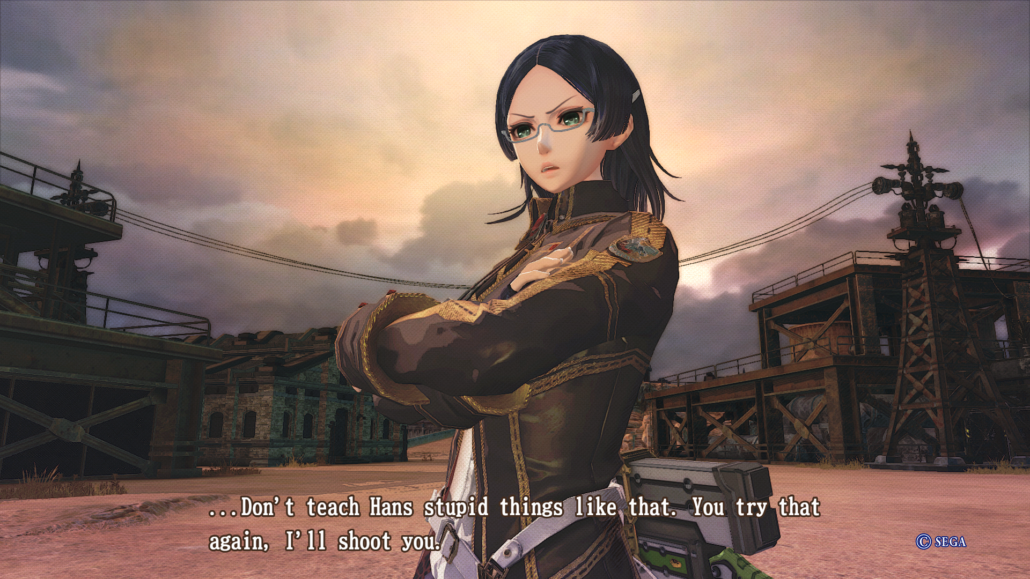 There are a number of upgrade systems that players can put to good use in Valkyria Revolution, but few feel actually essential. New uniforms can be purchased and upgraded through raw materials and a single piece of gear affects the entire squad’s uniforms and can provide some added perks like additional grenades to match your playstyle. One of your squadmates, a young member of the Sabancci family, can kit out the Vanargand with new guns and ordnance which can be upgraded and infused with new upgrades by feeding in excess ragnite. A new magic system utilizes those ragnite chunks, obtained primarily through random enemy drops or rewards, and can give your teammates more strategic abilities that can fill out their roles as a healer, ranged spellcaster, or support buffer. For most of Amleth’s adventure, this magical system is quite underutilized and pales in comparison to simply running up to an enemy and putting your melee weaponry to use.

While the action migrates a bit towards the simpler side, it’s the aesthetics that still prove to be amazing in Valkyria Revolution. Expanding on the works of the CANVAS engine that painted the first Valkyria Chronicles in watercolor, this new experience utilizes something that Sega has dubbed the ‘Gouache Drawing Engine’. There are a number of finer details that can be lost in the heat of battle, but try dropping a smoke grenade and take a look at how much detail they put into the scratch work and character profiles. Valkyria Revolution certainly offers some stunning visuals that look beautiful when using PlayStation 4 hardware.

Valkyria Revolution’s shift into a more action-focused battle system can be a mixed bag for most, but the added accessibility helps expand the Europan tale of warfare to a whole new audience. Whether you’re a fan of the previous mainline Valkyria titles or want to try out a different style of action RPG, seeing is believing with this standalone adventure.

Dropping the tactical experience of the Chronicles series, this spinoff opts for a darker take on war, focusing on swordplay and subterfuge in a tale of revenge that will forever shape the future of Europa.