Not only is Umbrella Corps bad, it is so totally forgetful I had to find the game in my library to remember its name. Adapted from the already wholly confusing mythos of Resident Evil, Umbrella Corps has two three person groups of ‘elite’ soldiers killing each other in zombie infested locations.

The premise doesn’t sound bad, with a sort of tense and tactical element that inspires thoughts of Rainbow Six: Siege with the added fear of a hostile environment as well as hostile players, but the game just never holds up. Everything about Umbrella Corps feels like a half completed and completely unloved mess. The game features customizable characters but lacks any flare or interest in doing so. Weapon loadouts feel identical and the camera is permanently fixed to the shoulder so you can never reap the pitiful benefits of a new gas mask. 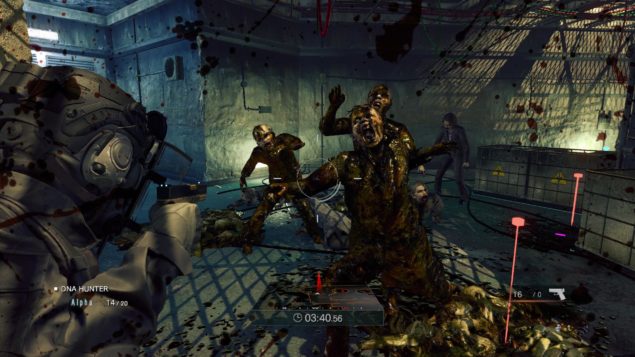 The movement of these characters also feels weirdly artificial too. Soldiers glide across the floors without any acceleration, like they exist in some strange frictionless world. It’s such a simple, standard mechanic that countless games have mastered without any issues, making it even more noteworthy in the case of Umbrella Corps.

Perhaps the most depressingly lackluster aspect of Umbrella Corps is the level design. Amongst the entire handful of maps available is conceivably about two hundred feet worth of playable terrain. Each map is incredibly tiny. My first match was in the Raccoon City Police Station. I imagined a catastrophic encounter as you slowly pace through corridors and prison cells attempting to hunt the other uninfected humans. What I received was a large foyer with a small raised catwalk and some very cluttered cover. It was a singular space where both teams’ spawn points were mere yards apart.

Such a small arena would make you think the game was designed to be a fast and frantic multiplayer shooter, but you would be mistaken. Umbrella Corps hides a few interesting ideas behind walls of uninteresting design, which indicate the tactical aspirations of the game that never reach its goals. At the very beginning of the game, you can express your intentions the rest of the team with a selection of tactics. With everything from the vague ‘stick together’ to the precise ‘attack left/right’, players have a rare chance to communicate ever so briefly and coordinate just a little. In any other game, it would be a great little touch to help come together, but in the mess of Umbrella Corps it's just another delay between the incredibly short matches. 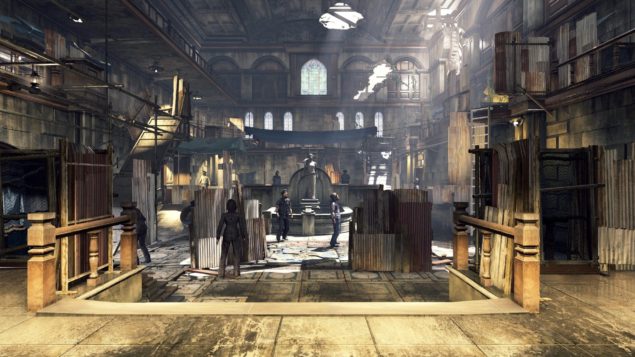 The other interesting little feature buried amidst the uninspired is the presence of zombies themselves. While Umbrella Corps is far from the first multiplayer game to have computer controlled enemies, their normally docile nature is quite the surprise. Each Umbrella soldier is equipped with a jammer that makes them invisible to the ravenous infected, unless its destroyed by gunfire. Assuming a match lasts more than thirty seconds, having the placid nature of the zombies change to murderous horde can be quite a surprising change of pace.

It's difficult to say where exactly Umbrella Corps first stumbled, but it feels like the developers lost interest in their product very quickly. Tiny maps, awkward movement and drape gunplay. Even the heat of battle feels surprisingly dull, chugging bullets at each other before someone dies or runs away. Guns have no weigh and there’s very little feedback when scoring hits to make the battle feel visceral. The entire enterprise of Umbrella Corps feels like an exercise in uninspired design. Some of the maps are homages to the most famous games in the series, from Resident Evil 4’s sun soaked villages to Resident Evil 2’s dead drenched Raccoon City. They are throwbacks to the heyday of Resident Evil and make this outing even more underwhelming. The tension, passion and attention to detail of the series fails to reach any of Umbrella Corps leaving a short, barren title not worth the attention of players.

The game's graphics are decent, but nothing fancy. However, on PlayStation 4 the game still doesn't manage to hit 60FPS, with the average being somewhere between 30-40FPS. The frame rate jumps are even more jarring in single player mode due to the V-Sync lock. 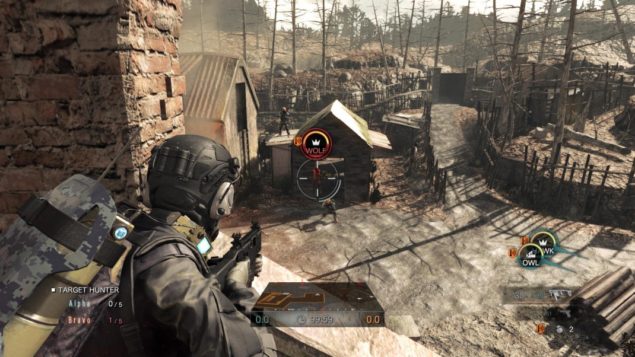 Attempting to break into the multiplayer shooter genre was a risk, especially for a series already known for its failing attempts to move towards a more action oriented type of game. But the developers seemingly admitted defeat part way through production, and limped across the finish line half-heartedly. There are some kernels of good ideas embedded in the game, but they do nothing to make up for the small maps, inconsequential customization and downright  pathetic gunplay that make up most of the time you'll spend playing Umbrella Corps.