I hope you like the sound of Transformers, transforming. That iconic soundbite of techno-nonsense that sounds like a digitized baby babbling features heavily through Transformers: Devastation. That, and, obviously giant space robots doing battle across the Earth over the fate of other robot stuff.

The plot line of Transformers: Devastation is something you would expect from space robots doing battle on Earth while also transforming into random vehicles, or bugs, or whatever. When giant tentacles start putting up space-age fans all over the city, you know you’ll be taking a journey through the bizarre and hilarious.

What is really impressive is just how seriously the characters seem to take themselves for self-aware cars. The voice acting is well delivered and adds this really amusing silliness to it by being so stern. Like the deadpan enthusiasm in B-Movie horrors, stone faced robots talking about the docile nature of insect robots is wonderfully surreal, and obviously played for laughs.

The whole series of events feels like it was created by a child playing with his toys, which is perfect for a game based on toys played by children. The real life toys also spawned a tv series of varying degrees of campness. But it was all designed to spark the desire in children to play with these toys, and this game is exactly the same. Although the animation is quite reminiscent of the series, the overall tone is very much in keeping with the childlike aspects of it all. Everything feels so gloriously childish, colorful and fast.

There is something excitingly absurd about playing as a toy. Whether or not you had them as a child, or even knew anything about the brand, the toonish graphics and mad transformations speak to the inner kid in us all, from the time when we used to swoosh a toy through the air pretending it could fly.

The graphics are so bright it almost hurts. The world is so crisp and contrastingly dazzling, it actually feels like those legendary banned Japanese cartoons designed to induce seizures. It's great fun to experience, and very pretty, but the sensory overload is staggering. Sometimes, especially in combat, the sheer scale of the colorful lunacy is hard to keep track of. The screen can literally fill with explosions and lasers, leaving your giant robot lost in the fray. It happens a surprising amount for a bungalow sized robot, who you would think would normally be the most noticeable part of the scenery.

But that isn’t the only time you’ll find your iron man lost in the haze of combat. As fighting in Transformers Devastation is so fluid and quick, you’ll find yourself struggling to keep the camera focused on the action. I know it’s not always best to have automatic cameras as they can sometimes go slightly off the rails, but believing the player can respond to the action of flying skyscraper fists and keep the camera constantly pointed at said action is a little unreasonable. This barely hampers the game however, you’ll just have to remind yourself to shift the camera when needed.

Combat is pitch perfect: fast and weighty, just like we've come to expect from PlatinumGames. Punches make a satisfying impact while combos, dodges and transformations all feel really well implemented, fluid and sturdy. You can swap out from melee combat to ranged with ease depending on your own preference, and transforming into your vehicular self is just a single button to close the distance. The basics are simple and easy to pick up. They encompass simple combinations, devastating special attacks and dodges that temporarily slow time; more advanced moves can be purchased via the in-game menu, though these are entirely optional and can be ignored for the sheer enjoyment and exciting fulfillment of the simplest part of combat. For anyone who has played Platinum’s Legend of Korra game, the combat is a more refined version of that one.

Enemy attacks are well telegraphed, but it’ll still take some experimentation to learn exactly when to dodge each metallic limb. A lot of monolithic enemies stomp around the various levels and they can do incredible damage while also take a beating, so you’ll have to plan the best strategy for overcoming them.

Transformers Devastation even does a good job of offering variety of play as well. Some sections of the game will completely transform in 2.5D racers or top-down beat ‘em ups. On top of that, you’ll also be able to customize your favorite robots with enhanced weaponry, and mild buffs to augment your preferred play style.

And you won’t be forced to select just one transformer to accomplish your mission, either. At regular checkpoints, it's possible to swap from the towering Optimus Prime to the humble Bumblebee and a few others. There is something very nostalgic about controlling your favorite Autobot, as well as the ability to change it to suit the current situation.

There isn’t much more to Transformers: Devastation but combat, though. There are some driving sections with various obstacles to avoid and overcome, and a sprinkling of side missions scattered about, but they’re just fillers for the combat that saturates the rest of the game. You can explore a bit with a fairly limited open world available to you, but there isn’t much more to do other than destroying enemies and pushing forward.

Luckily the combat, story, and length of the game are all more than capable of keeping you entertained, and you won’t be wanting to come off the beaten path very often. Transformers: Devastation is a great game for so many reasons: it is yet another shining example of the sort of fun that Platinum can draw out of licensed brands while remaining very true to what attracted people to them in the first place. You’ll be giddy swapping between towering behemoth and cruising vehicle, while the explosive combat will keep you addicted to the fast paced action and over the top story.

Fans of action adventure games will love this title. Even if you’ve never heard of, thought about, or enjoyed Transformers in the past, its simple, perfectly balanced mechanics and jaw dropping combat will keep you coming back for more. That's not to mention actual fans of the Transformers franchise, who should be really excited for this game. 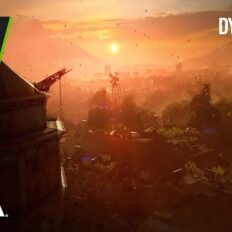