Nihon Falcom is a name long associated with some of the best fantasy JRPG’s of the past thirty years, most famously the Ys series. Even as their genres swap between turn-based combat and real-time action, they still focus on worlds where magic (and occasionally technology) exist in harmony with humanity. Despite their long lasting pedigree, Falcom hasn’t explored the modern settings as much as their contemporaries. The newly released Tokyo Xanadu for PlayStation Vita takes players to a modern-day facsimile of Tokyo, where cell phones and swords go hand-in-hand. 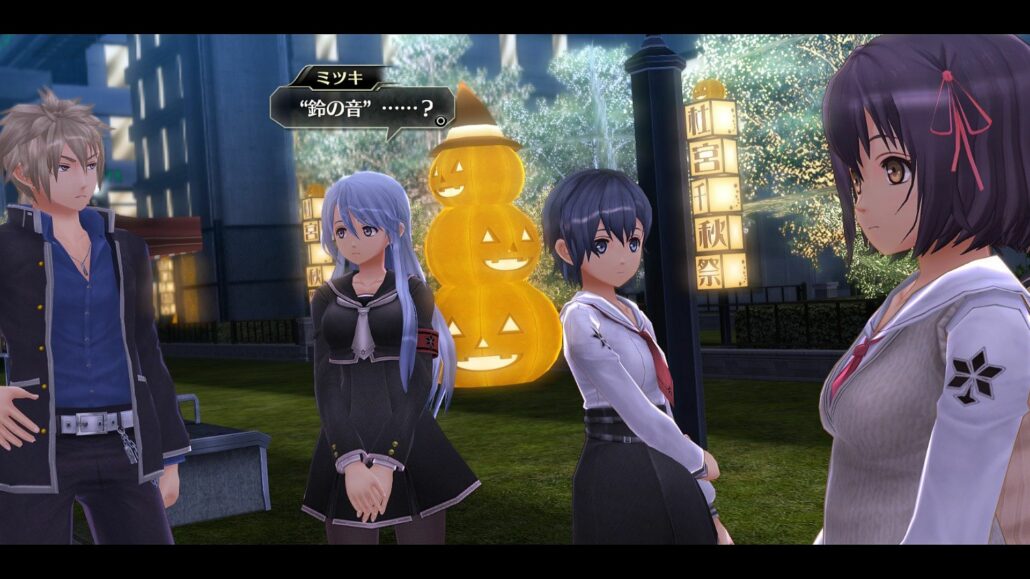 Mysterious dungeons have been popping up across the fictional city of Morimiya and when they start affecting the general public, that’s never a good thing. Save for a secret society of gatekeepers that operate behind the scenes, most don’t even know of their existence, nor can they even see the portals springing up around town. As a regular student named Kou Tokisaka, he’s thrown directly into the mix when his friends start being abducted throughout the city. As Tokyo Xanadu goes on, players will see Kou transform from an average high school student with a penchant for taking on the occasional part-time job, to becoming one of Morimiya City’s essential defenders against this foreign blight.

Tokyo Xanadu takes that distinct realism of the Trails of Cold Steel lineage and trades turn-based combat for something that veteran Falcom fans are sure to appreciate. The combat is instantly recognizable as being based on the recent Ys titles, which shouldn’t surprise anyone given the development team’s pedigree having worked on both projects. Of the numerous dungeons that spring up around Morimiya City, clearing out the evil denizens is Kou’s focus and there’s little in terms of harsh puzzles to distract him from the combat. Usually, there’s the occasional switch to open up a new passageway or platforming puzzles that make use of the team’s aerial attacks to bridge a gap. 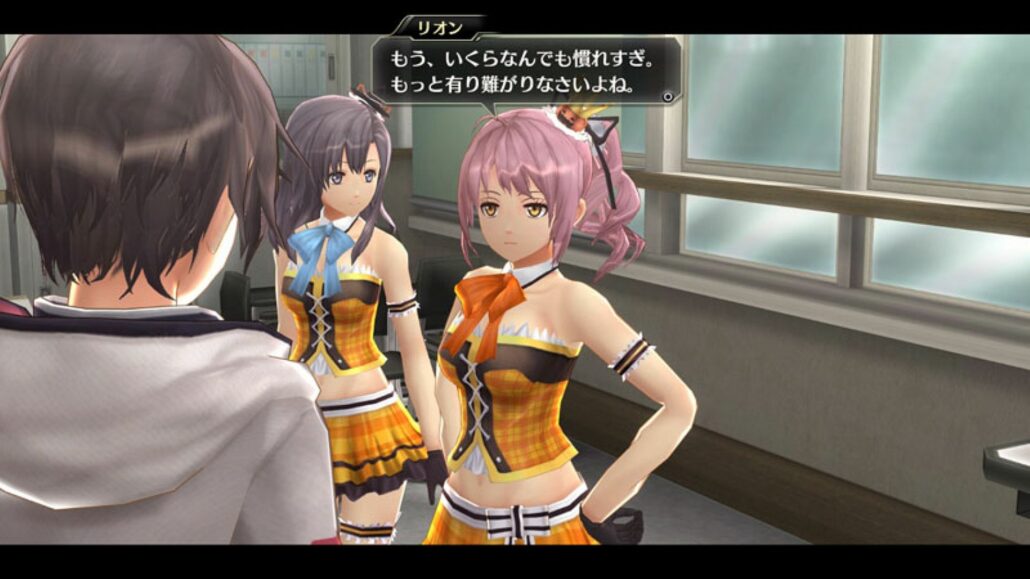 The fast-paced hack and slash action of Ys still flows just as well with the shift into more 3D gameplay. While dungeons are typically explored with three-person teams, there’s only one actively participating in combat at a given time. Swapping between the other teammates is only a button press away. Elements and damages types are something to consistently juggle with and Tokyo Xanadu is quite transparent with showing the player what to expect, as there’s a quick enemy report before every dungeon that mentions what sort of enemy foes reside within. Kou and his team can attack with a variety of melee, charged attacks, aerial juggles, and even ranged spells that all operate from the same sort of stamina meter (not having to worry about MP is always a good thing).

Unlike the Ys series, the player will have most of the tools at their disposal unlocked from the very beginning. Save for the special attacks and a special powerup mode known as X-Drive, most everything else is The Arts and Quartz systems from Trails of Cold Steel still are present in Tokyo Xanadu, however, these simple provide statistic and augmented abilities, rather than providing new spells and attacks. 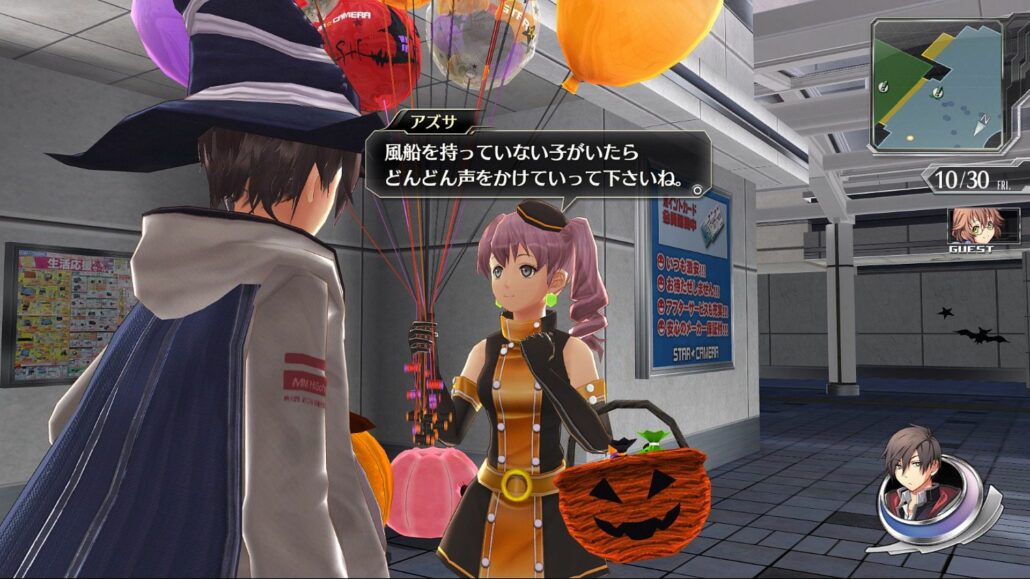 Having been built upon a firm foundation of the Trails of Cold Steel series, there’s so much that Tokyo Xanadu shares with its predecessors. If you were to put screenshots of the two side by side, I’d be hard pressed to figure out which one was Tokyo Xanadu, if it weren’t for the matching uniforms of Thors Military Academy. Even fan favorite student Towa makes a guest appearance in Xanadu, although the story claims that the two twins aren’t related in any way.

However, the settings of the two franchises couldn’t be more different. As one of the few Nihon Falcom titles to shy away from a fantasy setting, Tokyo Xanadu instead takes place in a fictional representation of real world Tokyo, known as Morimiya City. There’s a bit of inspiration with the recent Persona titles, such as relationship building and free time management to juggle which classmates you spend time with. It’s not as serious as Persona 5’s acute micromanagement of time, but it’s another piece from Trails of Cold Steel that fits in well with the modern school setting.

Knowing that an enhanced version of Tokyo Xanadu (eX+) is on the horizon, gamers may find themselves conflicted to pick up the Playstation Vita release. As a longtime supporter of Falcom’s works, I personally look forward to having the pleasure to seeing both titles through to the end. Those that might otherwise have to pick and choose which version of Tokyo Xanadu to enjoy, it simply comes down to a choice between portability and having the experience now during the summer games drought, or having the complete experience on the PlayStation 4 and PC later this year. 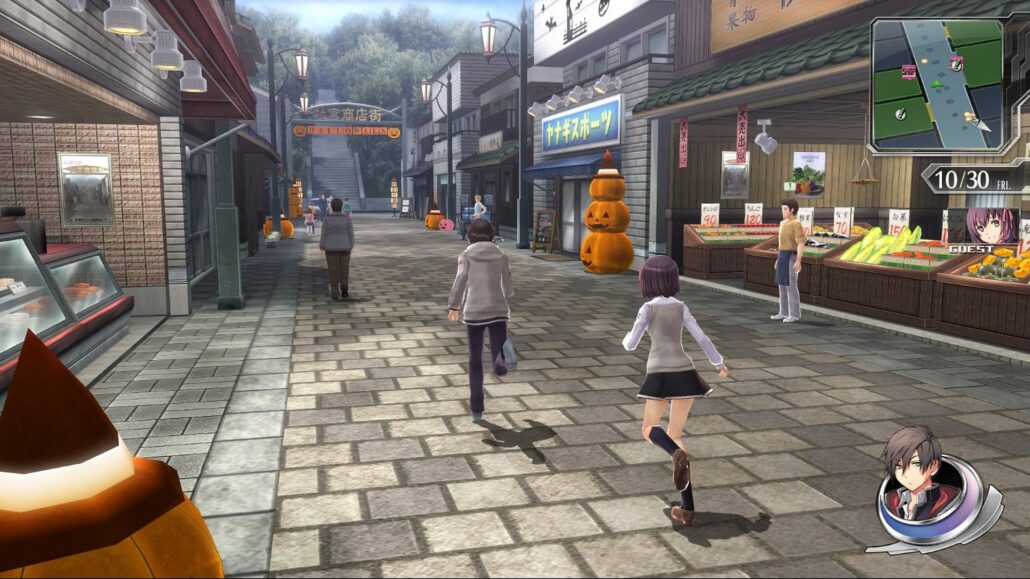 No matter whether you’re wanting to play Tokyo Xanadu now or the complete eX+ experience in a few months, there’s a surprisingly good action RPG waiting just for you. The PlayStation Vita may be slowly on its way out, but titles like Tokyo Xanadu can still secure its standing as a JRPG powerhouse.

Reviewed on PS Vita (code provided by the publisher). You can buy the game via Amazon.

Trading spell books for cell phones, Nihon Falcom proves once again that they are masters of the action JRPG subgenre.