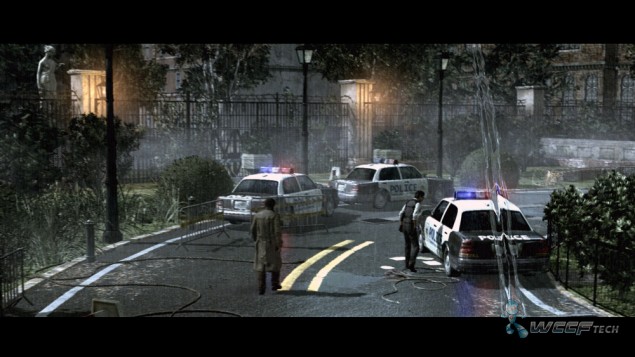 You have just received a harrowing call from Beacon Psychiatric Hospital, and as one of the few top detectives in the Krimson City Police Department (Raccoon City has its own troubles), it is up to you to investigate the eerie and strange. The Evil Within starts on a foggy night, and the gameplay resembles this fog somewhat in the convolutedness of its mechanics which fall short of the depth of the storyline which is also very shallow. The Evil Within does some things right, but also some things are just downright bleak.

The Evil Within brings elements of Silent Hill, and Resident Evil into the title’s all too familiar environments. The creation by Tango Gameworks and Shinji Mikami borrow a strong environmental concept from the hit horror title: Outlast. An insane-asylum is the backdrop, and you as Detective Sebastion Castellanos get to explore the horrors within as you try to find a typical serial killer (or so you think). After quite the struggle, you end up in an alternate Krimson City with some really disfigured monsters. The storyline pacing starts off intriguing, but that is the apex of the excitement. The story ends up being a rather convoluted mess in all honesty, as the various people get lost in the horror that is the encapsulating presence of the Asylum through Ruvik, the game’s primary antagonist. While it sounds like an interesting concept, a lot of the storyline is left one-dimensional as characters are not developed even towards the end of the game and more questions arise. This lackluster storyline leads me to believe that Tango Gameworks is hoping for a “The Evil Within 2” as the storyline hardly seems fleshed out in terms of the motivations of people like Dr. Jimenez and other characters. The voice acting does not help the situation, almost sounds like a comedy recreation of some of the latest Resident Evil games, with a good bunch of the voice acting cast sounds unbelievable in terms of the fear in their emotions which seem rather underwhelming. 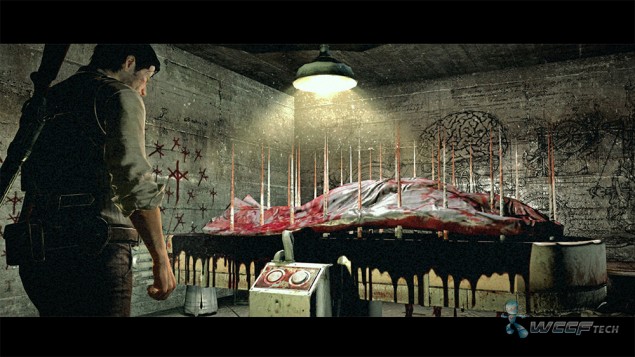 The bulk of The Evil Within is exploration and scare. If you are looking for a scare, The Evil Within does not do much new or even much memorable like Dead Space 1 (which was outright terrific from the ambiance down to the character development in the storyline). The game falls short of anything truly memorable and the environments themselves seem to be a gory mess of all sorts. There is gory purposeful and just gory too much – The Evil Within borders in between these two areas. As for exploration, you can sneak around the map and knife enemies with limited weapon sets. This stealth/killing is pretty much the bulk of the game design, which tends to repeat a lot as most quests revolve around going from point A to point B and just taking down enemies that end up repetitive and lackluster in the mind when it comes to the bosses.

Ammo is sparse and bullets/weapons even more rare, being offered in very select parts of the game and being incredibly useless in an essence (considering most enemies only die after several shots). This type of brute-force thrill feels rather cheap at times and the enemies not dying in a believable manner seems to be ridiculous. The game markets “pure survival horror” as one element of its conception, but we did not get much from the survivor horror elements even after playing it on a high difficulty for 22 hours. It just felt like a game that amped up the difficulty of the enemies and left you with next to no real means to feel survival horror other than simplistic death screens. The traps are perhaps the most irritating part about the game’s pacing and mission structure. The survival horror element is not bad when it comes to jump-scares, but the traps and puzzles with trap mechanisms just serve to be a nuisance most of the time that all end up disconnecting the free roam aspect with just forced ideas that fall short of enjoyable. 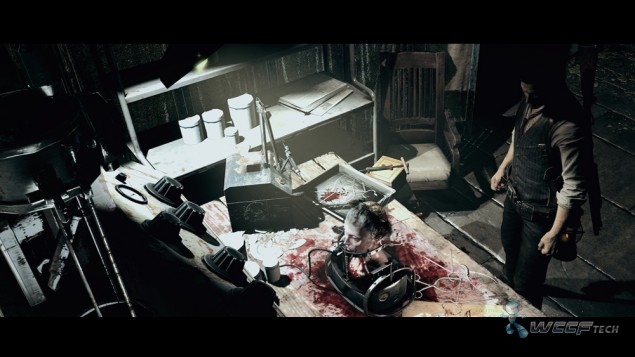 Essentially The Evil Within lacks the pure survival horror elements in favor of brute-force thriller, and the puzzles and traps take away from it. Sure, some of the puzzles are eerie and creative such as the brain surgery puzzle with the three heads, but most of them are uninteresting, not reaching any real balance when it comes to adding horror elements. In terms of horror elements, the biggest issue with The Evil Within is not jump scare tactics, but mostly the complete lack of a sense of real tension as can be seen with Silent Hill 1-4 or Resident Evil 1-4. The tension is all but missing when it comes to really sell the believability of the environment, and sadly the ambiance and ridiculous voice acting combined with the lackluster storyline do nothing to breathe life into the title with any semblance. It seems that Shinji Mikami has really plunged hard when it comes to The Evil Within – and I had incredible hope for the former Resident Evil 4 director and the title as a whole. Sometimes trying to do too much to propel past the success of your prime is the biggest enemy – and as sad as it is to say – it seems Shinji Mikami has reached the end of his prime when it comes to The Evil Within.

The Evil Within is 30 FPS on consoles (unlocked on PC). Not sure why on earth they locked it to 30 FPS, but developers need to know that you cannot say it is "cinematic." The lag is noticeable on the PS4 (being 1080p on the PS4) and there is usual screen tearing in some high-action scenes, and I use the word 'high' very loosely here as most of the high-action scenes were underwhelming. 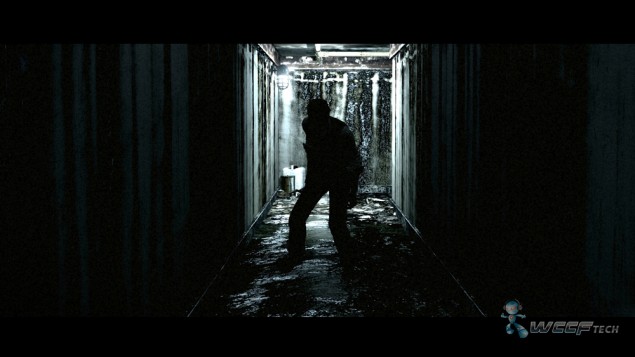 The Evil Within has scares, it has the open world action adventure, but it just comes off like a title that lacks any real memory, any real substance, and moreover a title that will not stay memorable in the minds of gamers alike who looked up to the Silent Hill 1-4 or even the Resident Evil 1-5 series of games. The characters lack depth, the environment seems to be a borrowed concept from Outlast, and the storyline seems too convoluted in trying to be different for its own good. The real terror of The Evil Within are not the monsters, but The Evil Within the game itself – the mediocre gameplay fueled by a repetitive game design with no real ability to see where it is truly going: in the nearest bargain bin after one play-through is finished.