Dungeons & Dragons has been going for 41 years, a testament to the sheer depth of storytelling the game offers and little, if anything, represents this more than the Forgotten Realms universe and the video games that have been set in it. Following on from true legendary predecessors like the Baldur's Gate, Neverwinter Nights and the Icewind Dale games, can Sword Coast Legends meet the standards that have come before?

Sadly, it can't. However, jumping in offers a strong feeling of nostalgia, the game offers a closer resemblance to Dragon Age: Origins than it does the D&D board game or any of the popular CRPGs like Neverwinter Nights. Indeed, so much that Sword Coast Legends lacks a lot of the core ingredients of what a D&D game should offer. Whole races have vanished, you won't be seeing any gnomes around, and gone are standard classes like Barbarian, Monk and Bard. Multi-classing has also disappeared in a sense. 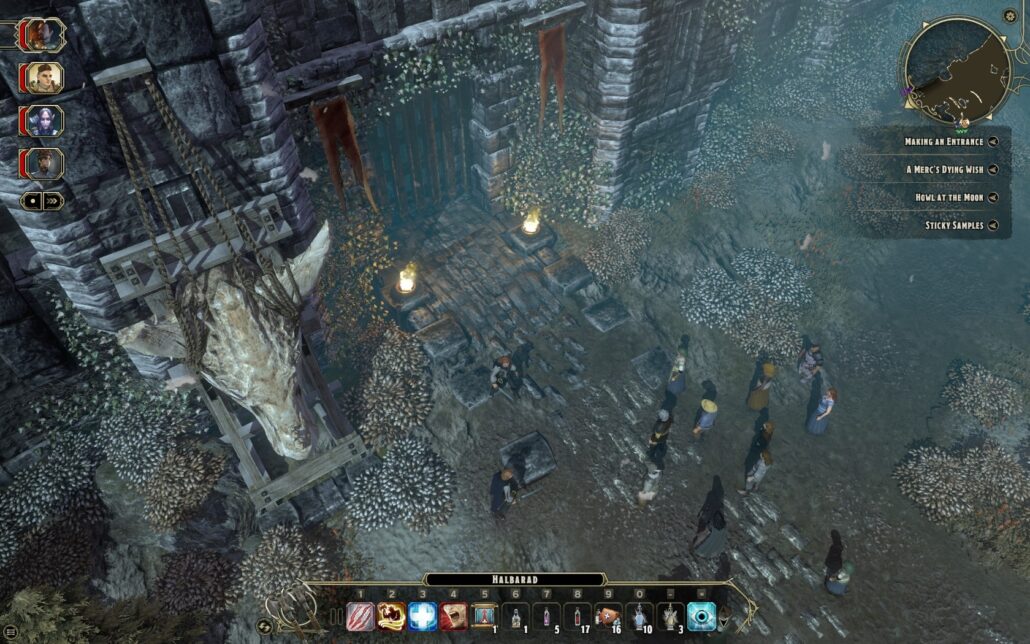 Moving away from the true D&D style, you can only choose one class, although when leveling abilities you get some skills typical of other classes. This is possible because the abilities are arranged within separate skill trees, each being short and featuring just two or three skills, with a few upgrades, at the most. This is a fairly solid approach when it comes to melee oriented characters, allowing you to focus on one or two key aspects like damage dealing or defense raising abilities. However, due to the lack of abilities in each tree, magic based characters are spread too thin as there is a woeful lack of depth in the spellbook.

Thankfully, this doesn't impact the combat in any negative way, though there isn't a great deal to work with. Simply clicking on and hitting enemies to death will be the extent of your tactical thinking; only on rare occasions will you encounter a larger fight that requires communication between you and the rest of the party. Of course, you can play solo in which case you simply invite in AI characters from the main story, or other alternative characters that you've created, in which case you can simply pause the game and give commands Dragon Age style.

One major problem is that even though there are these tactical opportunities, there's zero tension behind any fight. All enemies are leveled with you, so there's always going to be some challenge, but even when this challenge leads to your death it simply doesn't matter. When you die you're simply brought back to life at the start of that floor of whichever dungeon you're currently in. Once you realize this, you also understand that there's actually nothing to lose. 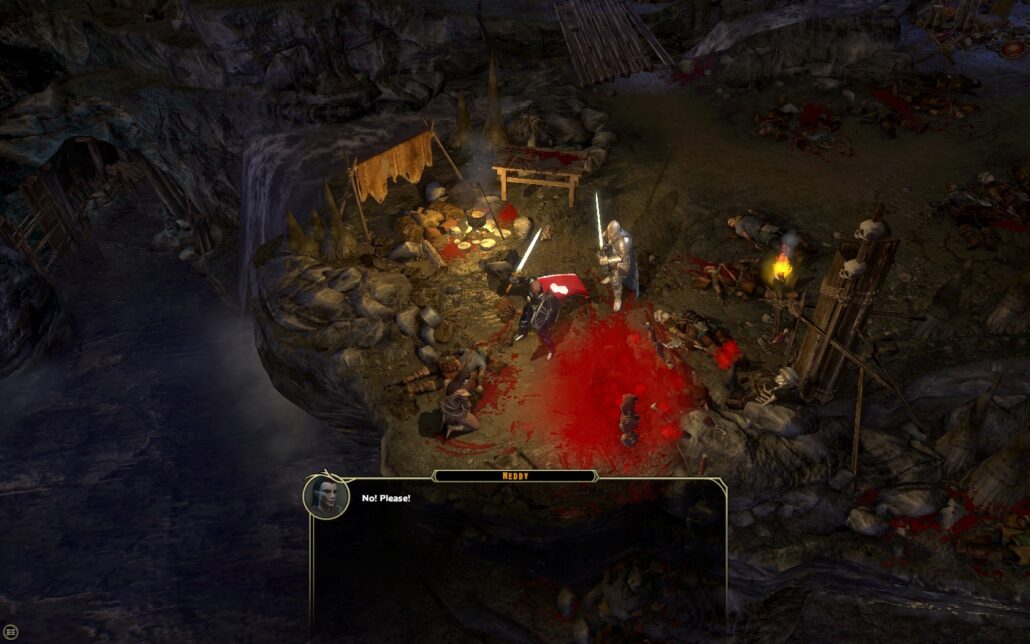 It's more than possible to overlook the mediocre combat system if the story and the world behind it is good enough to make up for it. You would imagine that, being set in the Forgotten Realms universe and in the same area as Baldur's Gate and Neverwinter Nights, this would be the case. To a large degree Sword Coast Legends manages to hold its own, the characters, towns and areas featured in the main campaign have a lot of personality. Even more so within the second half, where the game opens up and gives you a little more freedom and variety.

The problem is that even though the characters and areas are well detailed and had thought put into them, there's little done with them. In the second half variety is offered with some great companion quests, killing boss targets and performing other activities. These few glimmers of light are sadly drowned out by a sheer ocean of generic fetch and kill quests; what's more aggravating is that the developers know this and even make a joke out of it in the dialogue.

What should be the USP of Sword Coast Legends is the Dungeon Master mode. Here, you can create your own dungeon and even, should you have the time and ability to create it, your own campaign. Sadly, however, the limitations of the Dungeon Master mode hit quite quickly. While you can create your own NPC's, quest chains and more, the toolset is barebones at best. You can't create multiple options in dialogue, events like ambushes are only created by the system when you randomly generate a dungeon and anything more advanced than simple layout is sadly locked away from you. Hopefully this will be fixed as a proper Dungeon Manager toolkit would be a true feat for any game, particularly a D&D one. 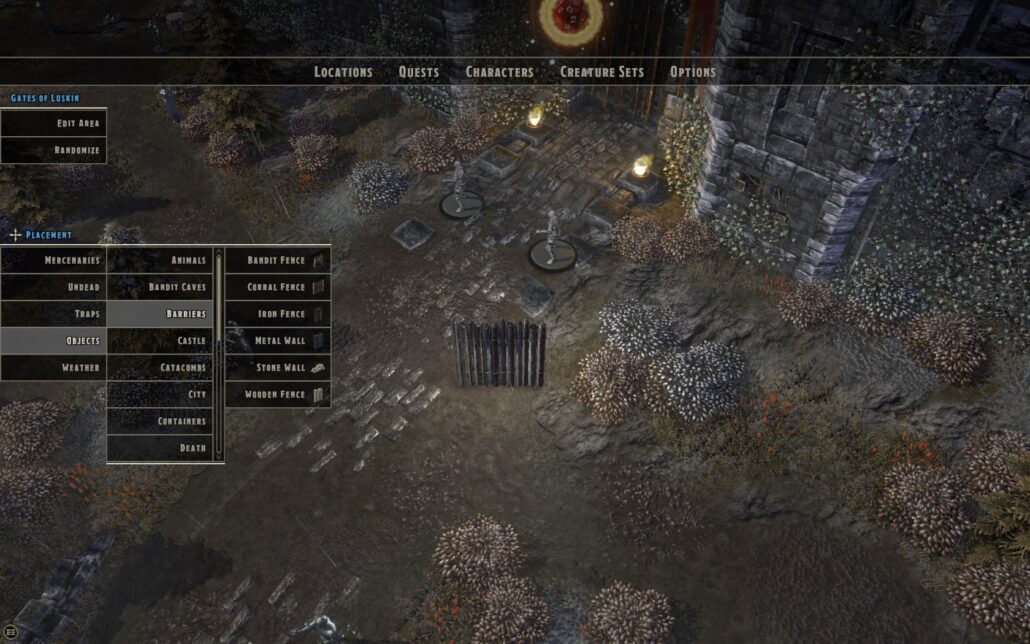 The saving grace for Sword Coast Legends is how aesthetically pleasing it is. The voice acting throughout is brilliant and the rest of the audio is equally great, with the sound of a sword slashing and the death cry of a goblin all sounding as I imagine they should. This is all topped off with a brilliant soundtrack that fits perfectly. The attention to detail doesn't stop with the audio thankfully, with each area having painstaking detail placed into the scenery, areas that you may only briefly glance over once still have thought put into them. Sword Coast Legends is even somewhat colorful and bright, for a Forgotten Realms game, and is pleasing enough to look at.

In many ways, Sword Coast Legends suffers simply due to time. Had this been released three or four years ago, it would have been the vanguard of cRPGS. However, since then better games like Divinity: Original Sin, Pillars of Eternity and Shadowrun: Dragonfall each do something better than Sword Coast Legends manages to. It's by no means a bad game and the support n-Space have pledged to improving the game means that there is still a good change the game will reach its true potential.

Sword Coast Legends features a reasonably strong campaign as it advances and is great to listen to and look at, however it can be terribly linear throughout. The shallow combat system, with lack of skill variety and shallow dungeon master mode detract just a little too much and stop the game being great.