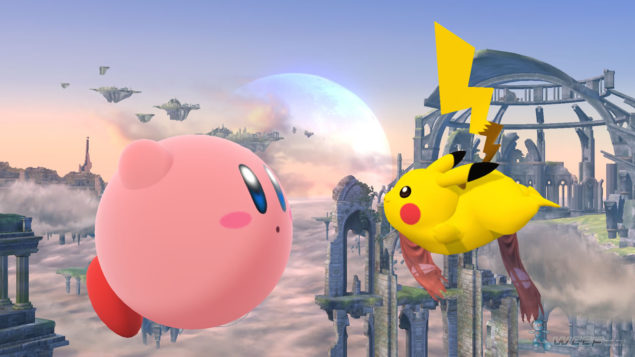 The idea of two plumbers who are brothers and trying to essentially beat the life out of each other seems unusual at first. As you keep watching Mario and Luigi fight each other along with Pikachu, Kirby, Zelda, and a few others from the Nintendo universe, however, things become wildly interesting and insane.

Super Smash Bros. for Wii U is the culmination of all the previous Super Smash Bros. titles and one that improves upon its traditional formula on top of that. Hours upon hours of entertainment coupled with the most interesting of brawlers done so well creates a title that is not just fun to play, but has immense replay value.

Eight-player brawls made me feel that at first perhaps too many players trying to knock out other players would take away from the focus of the game, almost deriving into a sort of gimmick. What I found instead was a mode that was huge, more focused, and just something on a larger scale that is just simply epic.

Each stage is set with levels from Nintendo’s iconic series catalog of titles from nostalgia heaven. There is a level from The Legend of Zelda: Twilight Princess all the way to the Mushroom Kingdom U from New Super Mario Bros. Wii U. The levels are fun and come with a creative element for battle dominance that can be memorable as well as large-scale. The 50-character roster of the Wii U version are varied and iconic. You have the magical Rosalina & Luma as newer characters, the red-booted Pac-Man making his debut as well as veterans of the series, which include Bowser, Mario, Charizard, Star Fox, and of course Pokémon’s very own Pikachu. 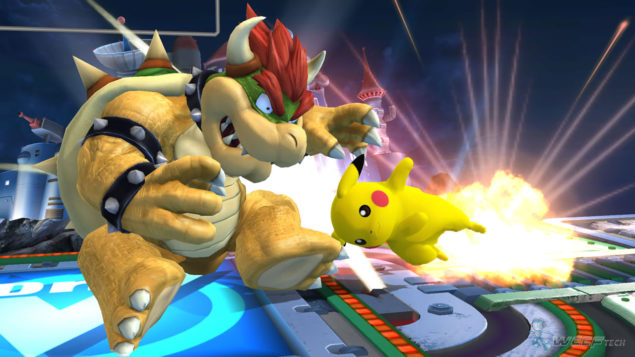 Each of the characters comes with its own iconic moves and stylistic qualities that make them so great. Pikachu loves thunder (As it should be) and is lightning-fast while Dr. Mario is the only doctor in the world who perhaps brings pain instead of pleasure to contenders. New items are also introduced throughout the levels with my particular favorite being the Master Ball from Pokémon which summons powerful Pokémon to aid you in battle. The variety of items and the level design structure of Super Smash Bros. Wii U really underscores a level of riveting tension no matter how many people are playing.

The variety of gameplay also carries through to the mode types that keep Super Smash Bros. for Wii U fresh and interesting. Event Mode is a creative mode for Super Smash Bros. for Wii U that allows you to play characters in their own mini-adventures that allow you to learn their skills and some of their modes with minor storyline element backdrops. The learning curve of Super Smash Bros. Wii U is definitely more complicated than just the lessons in this mode in terms of character fighting moves, and I felt that Super Smash Bros. for Wii U definitely needed more of an element mode where players can practice moves against A.I. similar to some other fighting titles without having to actually go through the trial by fire of fighting A.I. and guessing how to perform certain move combos. Classic mode allows you to advance with your skill level and defeat different characters that can end up being your teammates in team battles in future rounds. Smash Tour is the only mode players might find frustrating if they are not into a mini-board game style layout where players get skill bonuses, items, and collect characters. The only weird part about this is that it is not an eight player mode, which does cut into the party-style if you have eight people over at your house playing on the console. 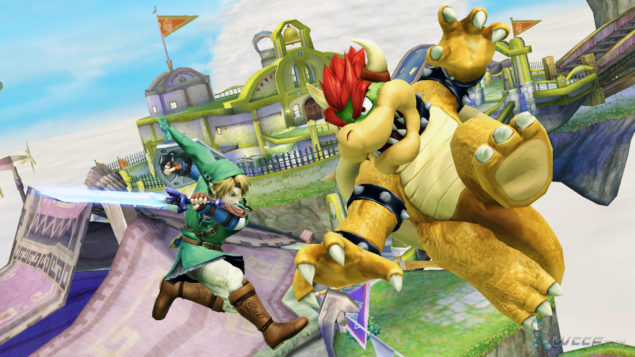 Online gameplay comes in two flavors: For Fun and For Glory. One is essentially unranked Smash battles up to four players, and For Glory is essentially ranked matches with no items and wins/losses recorded. We had some time to play with this since the November 20th functionality patch was released. Overall, we have logged over 16 hours playing online solely and can attest to the fun which extends online. The special moves in the online mode are the only thing which appeared to lag, and most of the beautiful brawls played out in 60 frames per second in stunning HD on the Wii U despite some slight aliasing on characters. One small gripe players will have about Super Smash Bros. Wii U is that the actual adventure is limited to 8-players on screen at one time in specific levels offline and only 4-players in multiplayer mode (due to lag or network constraints) and this seems like something that will only come with time.

As skeptical as I initially was about 8-player brawls, I have come to love them and want to see more being done with this through the network-connectivity in future iterations of the Super Smash Bros. Nintendo has truly created an evolution in the franchise where 4-player brawls became so common through such a simplistic improvement in essence.

Nintendo also includes new innovative figurines called amiibo’s which are essentially computer-controlled A.I. that can either tag team with you or fight battles for you when you tap the amiibo to the Wii U gamepad. The amiibo’s can be leveled up and called at any time. We only managed to get a Zelda and Kirby amiibo and level up one of them to the max. The interface is fluid, and though the A.I. is not completely sharp, it is in no way a feature that is a second thought as much as it’s an addition to this great title. 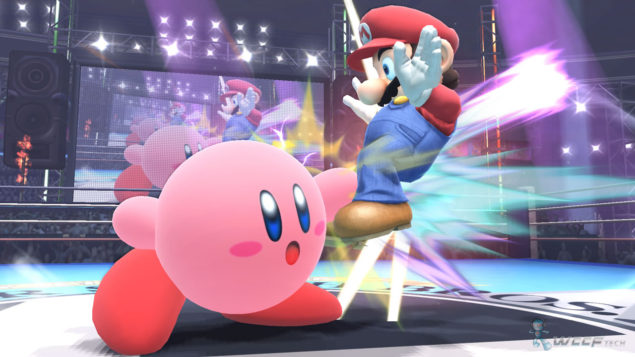 Super Smash Bros. for Wii U truly creates the best in the iconic fighting franchise that started from a place of mystery. Why do all these iconic and family-friendly characters fight each other? It doesn’t matter because at the end of the day what you end up with is a title with so much thrill and action adventure that you do not really let the slight shortcomings of the modes. All you are left with is one purpose that Super Smash Bros. tries to ingrain into your mind when you enter the arena: get ready to fight!