Story of Seasons: Trio of Towns Review – Less Than Great

Story of Seasons: Trio of Towns

There’s something wonderful about putting down games filled with blood, shooting and violence for a few hours to spend time in a truly peaceful place. Animal Crossing and Harvest Moon perfected the formula long ago, one where you repeat seemingly mundane tasks, which culminate in a wonderfully satisfying conclusion, whether it’s a short-term reward of a new set of clothes or the long-term goal of a property expansion. There’s a slow progress curve that just feels right.

Story of Seasons is no different of course, being the new rebranding for the Harvest Moon series in the West. What’s new here are a Trio of Towns - not a shock to anyone who has already read the game’s subtitle. The three towns take on unique themes, giving the game a welcome change in atmosphere when visiting between the three. 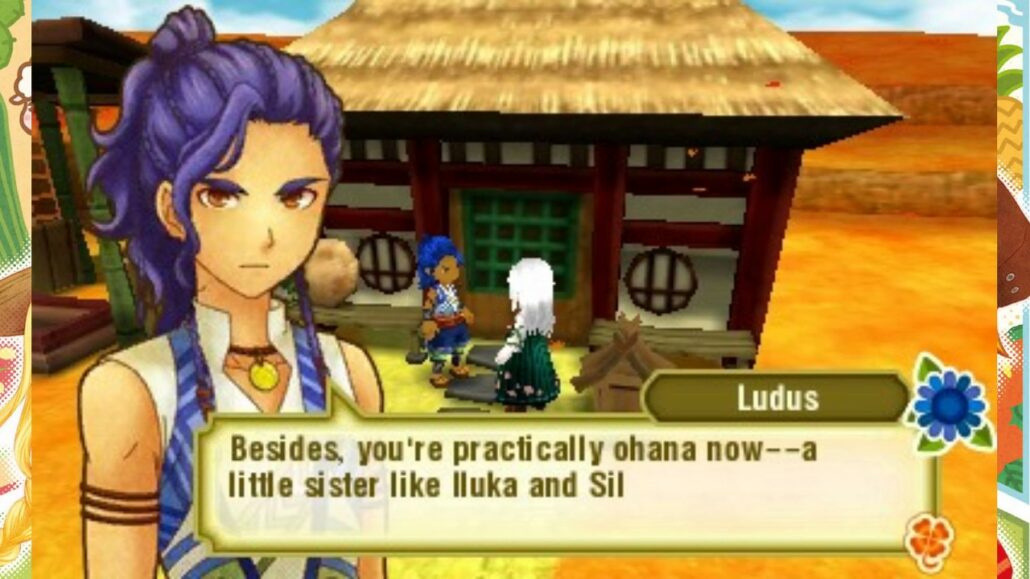 But what the twee exterior doesn’t want you to know is that, sadly, the Harvest Moon (now Story of Seasons) series has been stagnating for a long while now, and on returning to the series with Trio of Towns, it’s hard to hold back my disappointment.

These games have never had a complicated gameplay loop, and at its core, its the same in Trio of Towns. You get basic tools and supplies, buy some livestock, till the fields, plant some seeds, and water them daily until you get a payoff. And in an act of generosity, Trio of Towns gives you more than enough money to get started, with ample seeds, a cow and chicken all within your grasp. 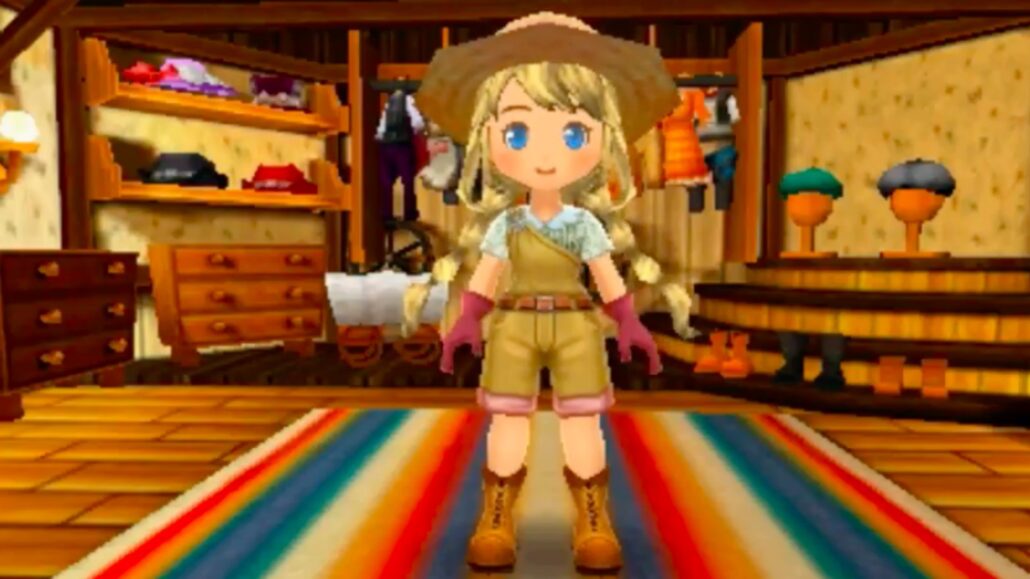 It’s shortly after that where things grind to an incredibly sudden halt. Your energy in Trio of Towns is limited, like most Harvest Moon games, and will slowly increase as you become more adept at farming. But the boost Trio of Towns gives you at the start actively works against you; you won’t have enough energy in a day to water all of your crops if you fill out your starter fields, milk the cow and see to the chicken. And unlike other Harvest Moon games, it’s a very, very slow process to getting your energy to more reasonable rate.

Early side quests aren’t exactly kind to the player either. In the first few days of playing you’ll have side quests requesting you ship 3 bottles of milk, despite the fact at this point in the game you won’t be able to have more than one cow, and therefore won’t even be able to fulfill such requests. The requests that can be easily filled though, are trash. Terrible fetch quests that see you running around the towns staring at your map wondering where a single NPC might be hiding. Truly the least imaginative and most mundane task possible.

It doesn’t help that, with the game’s tripled town content and tripled cast, none of the characters are as endearing as they have been before. In past games, you became invested in the character arcs of the supporting cast, but here there’s a bigger cast than ever, and wouldn’t you know it, they’re also the least memorable that they’ve ever been.

The featured towns are themed after the Wild West, Hawaii and traditional Japan, complete with cherry blossoms. It is nice to get out of a rather cramped initial town and get an atmosphere change, but they end up feeling like themed hub worlds - not actual towns where these characters live, but just hubs with shops, other buildings and a new skin on each of them. 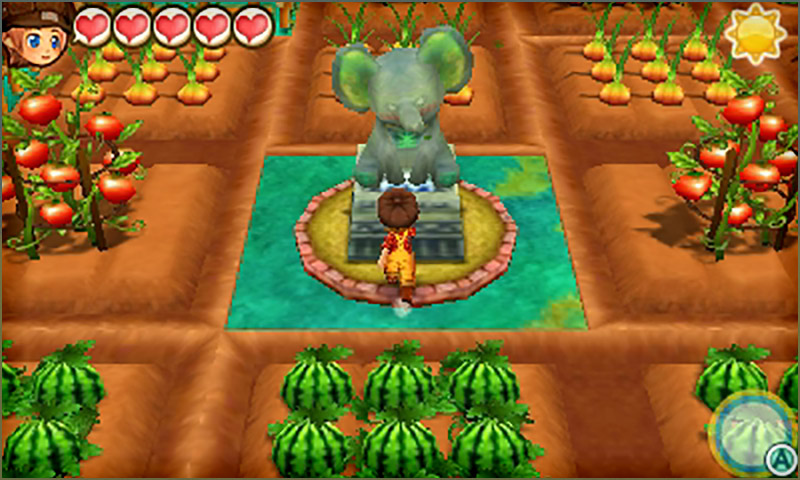 The towns in Story of Seasons aren’t exactly interesting to explore, either. Perhaps its limited by how large the 3D environments the 3DS can render are, but as it stands exploring the world is, well, impossible. There’s not enough to actually wander around. Again, it’s worth reinforcing that instead of a place where people live, towns feel like cheap hub worlds with different skins.

Of course, many of the initial frustrations I mentioned completely disappear after extended play - the issues with being unable to complete some side quests and not having enough energy to perform a basic amount of tasks become not a problem whatsoever, but the fact that this is one of the more hollow and phoned-in farming games has be said. The side quests still never become interesting, and the extended cast never really come into their own. 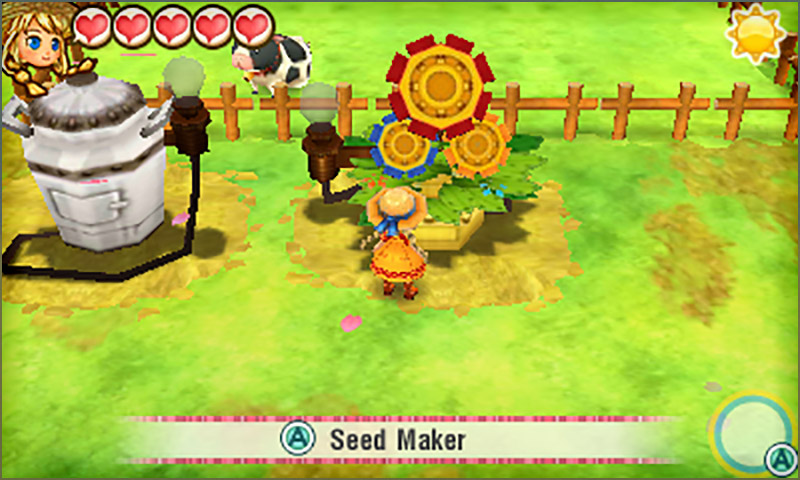 The fact is, it’s a disappointment when compared to something like Stardew Valley. Harvest Moon, now Story of Seasons, was once the biggest name in the farming RPG genre, and now it has been almost entirely been bettered or outpaced. Unfortunately, there’s no real reason to play this farming game over others on the market, or even past Harvest Moon titles, many of which offer a much more fulfilling experience.

Story of Seasons: Trio of Towns is out-done by other farming games on the market and even games from its own series. Not exactly a low-point in the franchise, but not worth playing over other titles.