Stories: The Path Of Destinies Review – Saving The World, One Choice At A Time

Becoming a true hero is a dream that many have, but few ever manage to become one, as the weight of the whole world can break would-be heroes. This isn't the case with Reynardo, the main character of action RPG Stories: The Path Of Destinies, a fearless ex-pirate who eagerly grabs the chance to really make a difference, confronting an emperor turned evil to save the isles of Boreas and the entire world. In his journey to become the world's savior, Reynardo will have to make some hard choices which will alter not only his destiny but also that of his closest friends. 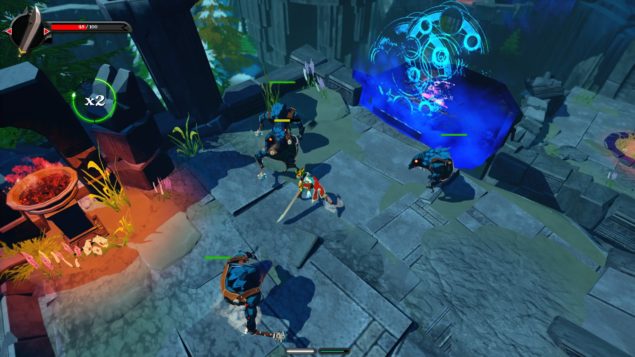 Stories: The Path Of Destinies is a true love letter to top down action role playing games of years past. From its gameplay experience to its story and characters, the game evokes an era of gaming long gone, an era when simple yet exciting action and straightforward puzzles were more than enough to entertain players. The game, however, isn't merely a nostalgia affair as it sports plenty of features lifted from modern titles which create a very interesting mix and unique feel.

Right from the beginning, Stories: The Path Of Destinies manages to be a very engaging experience. As mentioned above, the game stars former pirate Reynardo (an anthropomorphic fox) as he gets involved in the struggle between the Rebellion and the Empire, led by the frog Emperor Isengrim III, a once benevolent and just emperor who turned evil at some point during his reign. Commanding an army of ravens, the Emperor aims to complete an ancient and bloody ritual which will grant him supreme power.

The Stories: The Path Of Destinies fairy tale feel is vastly enhanced by its unique narrative style. The whole tale is told by a nameless narrator as if he was reading a book, with the narrator also acting out all of the characters' lines. Both the writing and acting are excellent, with some quirky humor here and there that balances out the more serious and grim moments of the story.

Stories: The Path Of Destinies' fairy tale feel is definitely a breath of fresh air, but it's  the choice system that elevates the story quite and the whole experience. Most of the choices Reynardo will have to make eventually lead to heavy consequences, with somewhat unexpected dark turns in a game featuring such a vibrant art style and light-hearted feel. Some of the outcomes leave such a sad feeling that players will weigh carefully their choices in the following playthroughs.

The whole Stories: The Path Of Destinies experience is centered around the choices that players will be making during the course of the game. A single playthrough consists in a few different chapters, which will play out depending on the choices players make between chapters. Following the introductory sequences, Reynardo will have to choose between rescuing an old friend or seeking out an ancient weapon, with several story paths branching out from this simple yet critical choice. Once a storyline has been completed, players will discover a Truth about a story element, a truth that will unlock additional narrator lines, story details and even areas in subsequent playthroughs. Completionists can also play through a single story line multiple times to unlock different variations of the final outcome. 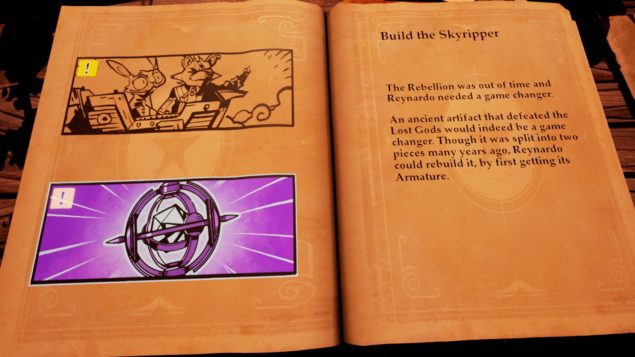 The excellent Stories: The Path Of Destinies narrative style is complemented well with the actual gameplay. The game plays like a classic top down action role playing game, with a some modern twists that make it feel quite fresh. While exploring a variety of colorful locations, ranging from a deserted village to forest, mountains, and more, players will have to fight against the raven army with a battle system that's heavily influenced by the Batman: Arkham series' system. During battles, Reynardo can use his four swords (all coming with special abilities) to attack enemies, parry or dodge their attacks, lift and throw them around, dash to avoid attacks and much more. Alongside the regular enemy types, players will also have to deal with enemies carrying shields and spell casters that require different strategies.

Keeping the combo going allows to obtain increased XP points, which are used to level up Reynaldo and unlock additional abilities. The different skill trees include new abilities for all of Reynardo basic skills, so there's some small degree of customization. Players can also use the collected materials from chests and breakable objects to forge and enhance his four swords when accessing workshops, workshops that can also be used to outfit Reynardo's gauntlet with special gems which grant additional special abilities such as the ability to recover energy when defeating enemies, increased critical hit rate and much more. The different swords aren't useful just in combat, as they can also unlock special doors that lead to more treasures and to the Emperor's diary, which reveals more about the motivations behind his heinous acts.

Combat isn't the only feature that makes Stories: The Path Of Destinies very fun to play, as exploration is surprisingly pretty varied. There's never a dull moment in the game: at various times during the game, players will have to complete some short stealth sequences as well as solve some straightforward puzzles, move from one platform to another using the hook and more. Coupled with the very quick pace of the game, all this makes Stories: The Path Of Destinies a very engaging experience. 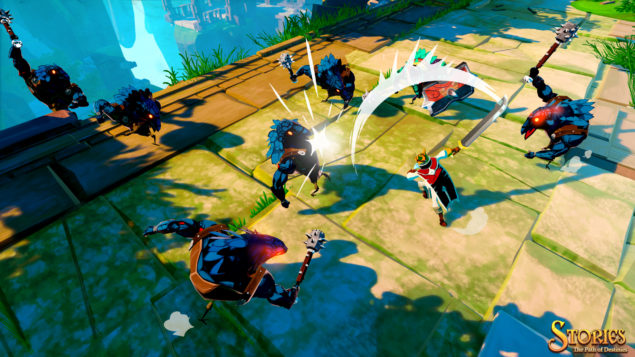 Even with all its varied exploration elements and smooth battle system, the whole experience, unfortunately, tends to drag after a while. Players will need to discover four Truths to have the chance to see the true ending, they will be playing through the game at least 5 times. Areas are few and quite linear, so you may end up exploring the same places over and over again. The battle system also becomes repetitive after a while, with few enemy types and a low challenge level. The additional combat abilities do add some variety, but it's not enough to make the umpteenth confrontation exciting. The lack of boss battles is also a rather glaring omission that would have made the experience less repetitive in the long run.

Unfortunately, repetitiveness isn't the only issue of Stories: Path of Destinies. The PlayStation 4 version does look good, with some impressive particle special effects, but it doesn't run as smoothly as the game's battle system would require, with the frame rate going below 30 FPS quite often. The frame rate drops end up making the action unresponsive, leading to mistakes during battles. The generous checkpoint system makes accidental defeats not excessively frustrating, but the issue is still there. 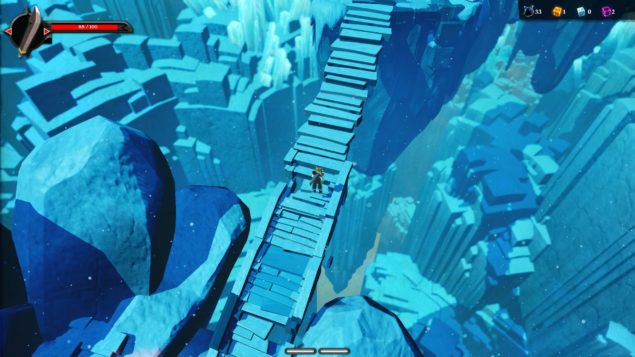 Even with its flaws, Stories: The Path Of Destinies is an enjoyable action role playing game with a very unique feel and gameplay features. The blend of old and new mechanics works incredibly well, easily keeping players engaged in the first few playthroughs. Things do become repetitive in the long run, but the unique choice system manages to carry things along until the true ending.

Making choices is tough business, but you'll definitely love seeing your destiny unfold before your eyes as much as Reynardo does during the course of his life-changing adventure.