Not exactly the star of the show, more the star’s unknown plus one. Whom, or what, exactly, has Star Fox Zero brought to the Wii U with it? Well the simple answer to that is a fun, if bereft, tower-defense style game. And it’s actually really pretty good.

Basically, you have 12 CCTV cameras being viewed on your main television, all watching the various corners of your base. On the GamePad you have a clear view of your base, where the cameras are facing, and you tap them to switch between them. Pretty simple. Eventually little robot blokes will pop up to try and invade your base, ultimately ending your career if you fail to stop them from reaching your power-core type thing at the center. Luckily, each camera comes equipped with a laser straight from an Arwing, ready to shoot down Andross’ minions…

So upon first impressions, not only is this not a Star Fox game, but it’s also just a tower defense game – and not a massively inventive one at that. Which is probably fairly accurate, honestly. This isn’t a Star Fox game – at least, not one that we’ve ever seen the likes of before. The main ties to the Star Fox franchise are that the base you defend is owned by Slippy’s uncle, and err… Oh, with amiibo, you can call in one of the Star Fox team to descend and blast all of those pesky robots away! And err… Okay, that’s actually it this time.

Star Fox Guard is a Star Fox game in name only. When it comes to almost everything else, well, it could’ve been placed in almost any other franchise and would’ve worked just about as well. The flying over Arwings could be replaced by Samus’ airship, or even the attacks of a flying Pokémon, or an army of Lakitu, if they wanted to go for a Mario spin. 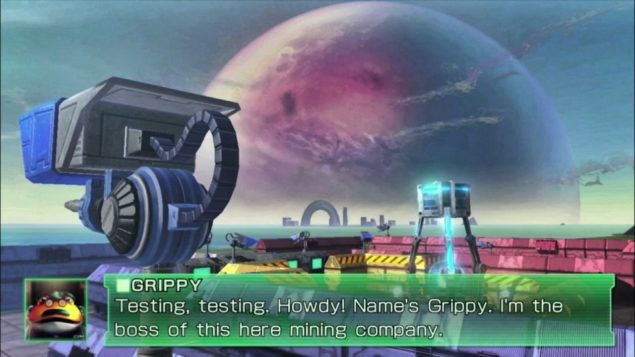 But what about the gameplay – is it a worthy purchase? Honestly, it all depends on how you play games. If you are the Wii U owner that Nintendo wanted everyone to be, then you often play your games with groups of friends or at least a couple of people in your living room. Like this, Star Fox Guard is a surprisingly fun game that everyone can get “involved” in. Having friends shout out camera numbers as I scrambled to locate the camera and then shoot down the invader was actually a lot of fun. Passing the gamepad around the room and watching as friends either tackled the challenges easily or crumbled under the pressure of multitasking was a pretty thrilling experience, at least in the short term.

Progression is rewarded too – completing levels earns you scrap, which will increase your overall rank. Each rank usually unlocks something, be it an extra stage with special victory conditions (time limits, limited ammo, etc.) or camera upgrades, such as lock-on, better ammo and special ammo (such as slowing down invaders). This gives the game just enough replayability to warrant passing the pad while playing through older levels with friends and family.

So with a full room crowded around the TV, Star Fox Guard is a smash. But what about by yourself? Well… It’s alright, I guess. Everything from above still applies. It’s still very fun to guard your base, clear invaders out and keep watch. But without friends, it’s a significantly less exciting – and less interesting – turn of events. It’s still fun, sure, it’s just not as fun, and suddenly becomes hard to recommend.

As has been said, this is a Star Fox game in name only. When it comes to gameplay, it’s the kind of game the Wii U should’ve been getting regularly since release. Instead, it’s a long overdue small-scale title that is very hard to get excited about. Fun? Yes. An essential Wii U game? Probably not.