It's rare to discover a developer that has established such a signature style that with a single glance can be immediately identified. Drinkbox’s unique approach to style fills the world of Severed with a style rarely seen in other titles. Vibrant colors mark each zone with its own particular style while somber, darker tones accentuate the environments with a color palette all too familiar to those that donned a luchador persona in Guacamelee.

A severed right arm, three missing family members, and a mysterious villain reminiscent of Samurai Jack’s archenemy; these elements make up the history behind Sasha’s desire to exact vengeance and rescue her family, even if she’s half as handy as she once was. From that point on, the adventure is presented in a first-person vantage akin to From Software’s Souls precursor: King’s Field. The Vita has become a signature platform for dungeon crawlers in terms of turn-based combat, but Severed marks the first action-focused hybrid to grace the handheld.

Just one aspect of Severed’s unique charm is the approach to new mechanics and abilities without the use of text that guides the player’s blade. Save for a brief tutorial featuring a young Sasha taught the basics of one-handed sword combat by her mother and a few scarce interactions with the world’s uniquely twisted and grotesque denizens, much of the mechanics are intuited by the player’s own experience. While not on the same hands-off approach as The Witness, Sasha’s victory relies upon the player’s ability to improvise and experiment to see which abilities need to be utilized most in combat as well as knowing the fundamentals on how to evade the opponent’s attacks.

Each of the monster types Sasha has to cut down ascribe to a particular species of beast, ranging from flying masses of eyeballs to chordates of plant hybrids that wield their own bulbous appendages as clubbing implements and whatever else the twisted world has devised to prevent Sasha from avenging her family. During the brief encounters when a different beast type is discovered, Sasha is given a minute amount of insight as to how to defeat that specific manner of enemy. Only during those rare times does the game attempt to hold the player’s hand. Each and every encounter with a pre-established species assumes the player knows what they’re doing and attacks at full strength. Even within different types of the same beast, tactics may need to be adjusted accordingly depending on unique buffs or abilities that particular monster is protected by.

Despite the obvious nods to the popular Fruit Ninja series in terms of swiping and slashing away at the enemy’s vulnerable body parts, the later phases of Severed takes a fine micromanaging approach to combat, turning each encounter into its own isolated puzzle. Sasha fights against the clock in every encounter as the enemy prepares their attacks in advance, showing off tells before those are unleashed. Each and every attack can be properly evaded and countered, although the skill to do so is purely up to the player to decipher. When hordes of three or more enemies surround our forlorn heroine, knowing how to prioritize is not only a luxury to help speed through combat, but a necessity to see Sasha’s revenge story to its conclusion.

Just as a slash severed Sasha from her left arm, she can return the favor to those that seek to stop her from exacting revenge. Striking an enemy repeatedly without being countered or hitting a well-defended spot on the enemy yields rewards in the form of a Focus gauge that fills throughout the encounter. Each enemy defeated during a state of complete focus flashes off a fragile number of lifelines, marks of weakness that can be exploited to sunder eyeballs, wings, and other tokens of war to be collected.

Separating the enemy from their precious limbs and other extremities rewards Sasha with body parts that can be exchanged for powerful skills. As the primary source of progression, each skill that Sasha unlocks through these various tokens and body parts is immediately recognized as making her more powerful. The frequency that new skills are unlocked are representative of the pieces severed by the player after battles: the less Sasha carves away successfully, the greater the handicap and challenge towards the end of her adventure. With only a finite number of encounters, there’s a high possibility of being unable to fill out the skill trees if the player cannot grasp this important mechanic (although there is a late game secret that allows the player new opportunities for battle..).

Dancing between defense and offense is an exercise that routinely placed me into a Zen-like state of mind. Within the regular flow of combat, I stopped worrying about watching meters fill or how many numbers were flying off the enemy with each slash and instead found myself transfixed on the rhythm of combat. As new enemy types are routinely added and special buffs augment the enemies in challenging ways (which can be stripped away and used against them with one of Sasha’s unique upgrades), there’s a necessity to adapt and adjust tactics on a moment’s notice.

Severed is certainly a tightly focused example of Drinkbox’s prowess to exploring established genres with their own unique approaches. A purely touchscreen driven RPG for the Vita is a tough act to sell, but the execution is nothing short of amazing. Each new encounter is treated as a carefully choreographed sword dance, switching between partners to evade one strike just as another beast opens themselves up with a momentary lapse of defense.

There are few titles more deserving of being called one of the truly great essential experiences for the Vita than Severed. From the first moment Sasha picks up a living sword to her last, nothing comes close to putting together a harrowing tale that could easily be one of the handheld’s shining graces in all of 2016. 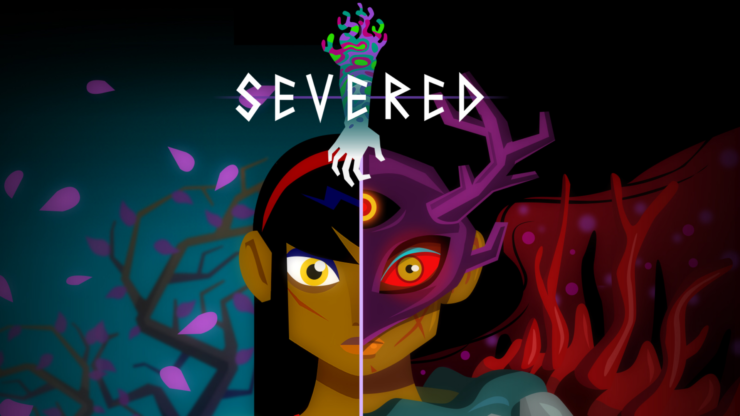 There are few titles more deserving of being called one of the truly essential experiences for the Vita than Severed. If you own the latest PlayStation handheld, do yourself a favor and pick this up: you won't regret it.