Razer is the world’s leading gaming gear and peripheral maker with a focus on three fundamental aspects - technology, ergonomics, and validation. In 2012, Razer introduced the BlackShark Gaming headset which featured a new design for gamers boasting high-quality audio. Today we will be looking at the Battlefield 4 collectors edition model of the Razer BlackShark headset.

Today, we are going to look at the Razer BlackShark 'Battlefield 4' edition gaming headset which is virtually the same product as its previous iteration but boasts an impressive new design scheme which looks absolutely great and well built. 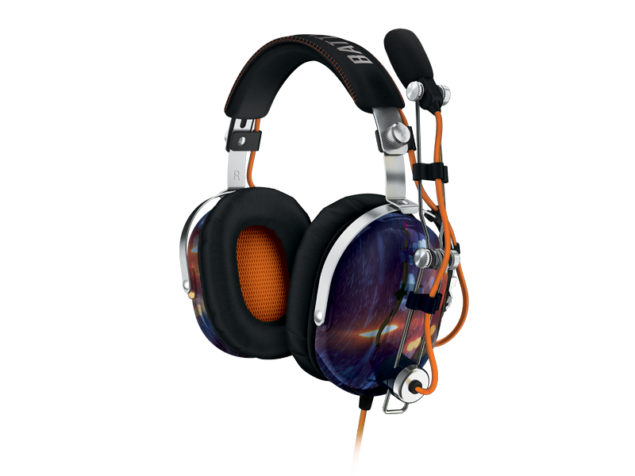 Unlike the more expensive 7.1 Surround sound headsets from Razer, the BlackShark features the 2.0 Dobly Surround sound. The drivers feature the 40mm neodymium magnets with copper-clad aluminum voice-coil to deliver a frequency response ranging from 20Hz to 20 KHz with an impedance of 20 Ohms. The headset has a input power of 50mW while the sensitivity at 1KHz frequency is around 105dB.

The Razer BlackShark is equipped with a 1.3m rubber sheathed cable that leads to a single 3.5 mm combined jack for both audio and microphone. Both can be used at once with the headphone splitter that is shipped within the package, this means users won't have to pay additional price to get the microphone up and running. The 3.5 mm audio jack can be used with almost any device currently available which include the wide range of smartphone devices (Android/Windows Phone/iPhone), iPad, Tablets, PCs, Ultrabooks, etc.

The Microphone is attached to the BlackShark is highly adjustable which we will detail more in a bit. It packs a frequency response of 50Hz - 16KHz with a signal-to-noise ratio of 50dB and a sensitivity of -37dB at 1 KHz in a unidirectional pattern which means that users over the internet or calls would be able to hear your noise input with ease and clarity.

Razer once again delivers an exceptional packaging in which the BlackShark Gaming headset is contained. Razer has certainly upped their standards in terms of design and quality over the recent years and it has already been showcasaed in various product examples such as the Razer Ouroboros which has undoubtedly the best packaging ever made for a mouse.

The outer side which is made of plastic material has various features of the Blackshark detailed on it on both the front and back sides.

The outer side can be removed to reveal the large black box beneath it with a nice BlackShark logo imprinted on it. The Razer BlackShark rests inside this large box along with the accessory package that are held with material made of foam to deliver protection while carrying the package from one place to another. 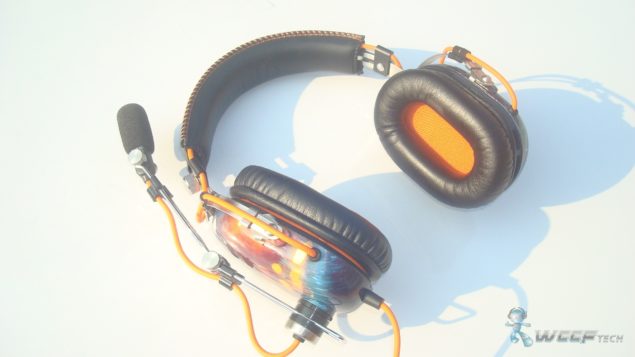 A Closer Look at the Razer BlackShark Gaming Headset

At first glance, the design of the BlackShark may seem familiar to a military helicopter headset. The aviator design was a key part in crafting the Razer BlackShark and gives a fresh feel compared to the various other gaming headsets available in the market today.

In the following image, you may note that Razer went with leather stitching around the headband and leather padding around the ear-cups which gives amazing comfort. Ears can easily adjust inside the cups and they will help in reducing ambient noise from the surroundings and with the adjustable frame offer a superior and durable design.

Next up, we take a look at the back of the ear-cups which as you can note feature an awesome and well designed Battlefield 4 theme. Previous iterations of the BlackShark came with the same plastic ear-cup yet had no design engraved on them hence the plastic surface became a fingerprint magnet which wasn't much easy to clean. With the cool Battlefield 4 theme in place, the fingerprint issue is finally resolved although it may require cleaning over certain time periods to let the glossy feel stay alive.

We pictured the left ear-cup since the microphone is attached to it. The Microphone can be adjusted from two separate points with the use of notches. You can also note how well the cable is managed along the entire length of the headset giving a cleaner look to the whole design. The orange color of the cable was another fantastic touch to a already well designed headset.

The headband as i noted earlier is made up of leather stitching that looks great and the orange color keeps the Battlefield 4 theme lively. A large Battlefield 4 logo is embedded on the headband which gives a nice touch to the overall design representing that this is a collectors edition product. The metal frame beneath the headband is both sturdy and adjustable.

Below, you can take a look at the headphone splitter cable that's shipped within the package. It is used to run the headset and microphone simultaneously and was a good addition to the package.

The evaluation of any gaming headset ends up in results that vary from person to person. For me, testing out the Razer BlackShark Gaming headset resulted in a much phenomenal experience. The bass of the Razer BlackShark is powerful and at the same time delivers amazing clarity for movies and games. For music however, slight bit of sound distortion may ruin the overall experience but its not much of a problem as faced on other headsets.

I tested the Razer BlackShark specifically in games since its built specifically for gamers first and with Battlefield 4 BETA already out, i instantly booted the game with the headset plugged in and my god was the experience amazing and life-like. Battlefield as a series is known for its crisp and realistic gun sounds so i browsed through the entire selection of guns available in the BETA such as the SCAR-H, M26 MASS, CS-LR4 and a few more. Im glad to say that the experience was far better than anything i've heard over my previous headsets. The heavy breathing when sprinting was clear and the high bass that came moments before the building came falling down feels like a new game every time you experience it.

Talking about realism, there was one other FPS game i booted which was recently released and is probably the most realistic military simulator to date. In case you can't figure it out, im talking about ARMA III. The game had some of the most realistic combat and tactics due to its simulation nature but also has incredible noise effects. I tested out by throwing some grenades in the training zone just to check out the audio quality, once again i was amazed with the bass clarity.

The Microphone is an essential component of the Razer BlackShark. As a Avid Team Fortress 2 player and trader, i spent most of my time in the game on trade servers dealing with tons of other traders. Writing trades is a hassle hence i've always preferred to use the microphone. My noise was clear and audible for the other users to hear so i would call the microphone excellent.

With gaming done, the Razer BlackShark had to go through one more testing phase before i came to a final conclusion, the movie experience. Headsets even if they are meant for gaming have other needs too, watching movies over the Razer BlackShark was essential for completing this review hence i gave it a try with the most recent Blu Ray movie i had access to - World War Z. Since this is another Zombie movie, there were lots of instances of loud screams, gun-fire and heavy noises. The overall sound effects were great however the bass got a bit loud during some sequences but again isn't much of an issue since i checked it with another headset and got the same issue with it.

Razer is asking $139.99 US for the BlackShark Gaming headset which is hefty price for a headset but premium quality and design always comes at a cost. The Razer BlackShark Gaming headset we reviewed is a Battlefield 4 collectors edition model so yes, the price is a $10 higher than the standard model but it looks much better than the stock Razer skin.

The audio quality in games and movies is superb and crystal clear with no distortion in the sound quality. The bass in particular is excellent and would easily blow away those who underestimate this premium product. All in all, the Razer BlackShark has a price which is slightly on the high side but so is its audio quality and design scheme. BlackShark is a premium high-quality product for gamers.