I went to the Wikipedia page for “List of Warriors games” and the list was long enough that I quickly gave up trying to count. I did it to make a point; there are loads of entries in this series. By now I’m sure every gamer basically knows what it's all about; there are lots of enemies and objectives pop up, you clear them by protecting points on the map, attacking others, all while the corpses of those that oppose you fly about the screen in an entirely comical fashion. Needless to say, One Piece Pirate Warriors 3 is no different… 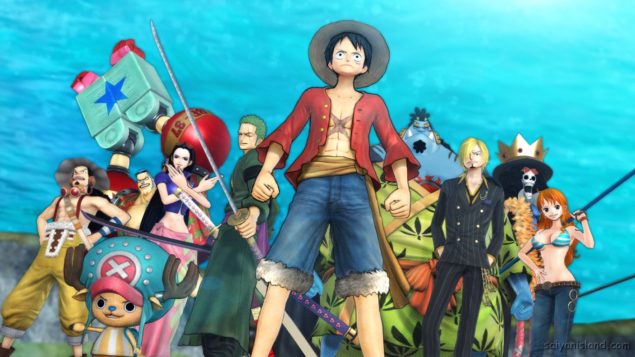 Essentially, we have a large-scale brawler where your characters unleash massive attacks worthy of the One Piece anime series. If you’ve played one of the earlier Pirate Warriors games you already know what to expect, however things here are smoother and more refined. It’s a game I sum up simply, almost trivially, but it is in fact what the entire game boils down to – big attacks, lots of enemies, and a K.O. counter that keeps ticking up. Of course, these simple summations don’t nail down what is truly appealing about the Warriors games, and of course, Pirate Warriors 3.

The key word here is satisfaction. When unleashing one of the characters’ huge and flashy moves and seeing enemies fly back like they’ve been hit by a truck it’s immensely satisfying. When you see the enemy bases on your map slowly start to dwindle and then disappear completely, it’s satisfying. When a boss enemy with a large health bar gets in your way but you beat them by unleashing every special you have – oh yes, you better believe that’s satisfying. It’s something that every Warriors game has – that immense sense of satisfaction you get from being a near-infallible God-like character that wipes out literally thousands of enemies in the space of 15 minutes, but One Piece Pirate Warriors 3 takes the formula the its two predecessors laid out and perfects it, cutting out the chaff and leaving us with the best gameplay experience provided by the Pirate Warriors franchise yet.

In the first Pirate Warriors huge sections of levels were turned into QTEs you had to run to, likely to give the player that feeling of adventure. It was awful, broke up the frenetic gameplay and slowed it down to a slogging pace that really ruined the story mode. Pirate Warriors 2 went with a unique story that was fine, but nowhere near as endearing as the actual One Piece story. Pirate Warriors 3 is now going all-out with the original One Piece story, adding new scenarios that weren’t in previous OPPW games and more characters than ever before. It was a good decision. 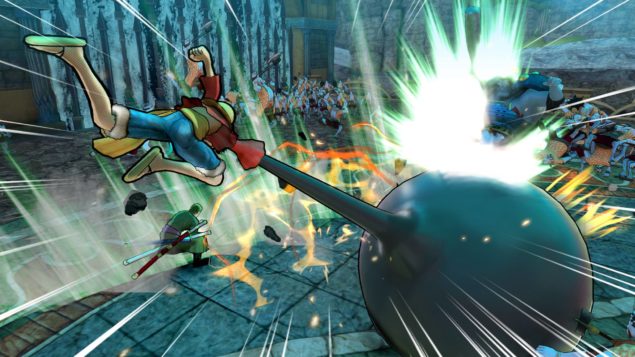 Needless to say, the power of the PS4 means that the game is noticeably better looking than previous Pirate Warriors titles. The unique art style the series is known for now looks sharper in a higher resolution, with a steadier frame rate and more enemy characters on screen than ever before – which, as previously mentioned, can only be a good thing.

Levels play out similarly to past games and other Warriors titles, start at one point on the map, defeat enemies and take territory until a pop-up tells you of a new objective. I don’t have much to say because it’s so very straightforward and has been done so very much before. It can be frustrating at times where you have to wait for a new objective to arise – multiple times I was running around the stage looking for things to do when a dialogue scene would suddenly decide to open a new path – in the direction I just came from. At times it can be unclear what exactly your objective is or where on the map you need to go, but for the most part it’s fairly well signposted.

One of the best parts of Pirate Warriors 3 has to be local co-op – levels get done much more quickly when you work as part of a small team, splitting up to tackle different territories that need to be captured or different enemies that need to be defeated. The only downside about local co-op in the usually stable and strong frame rate can take an immense hit – if your partner is in the middle of a special move the resulting animations will slow the 60FPS to closer to 30, or even 20. It’s definitely noticeable, but not too intrusive since special moves don’t happen every five seconds. 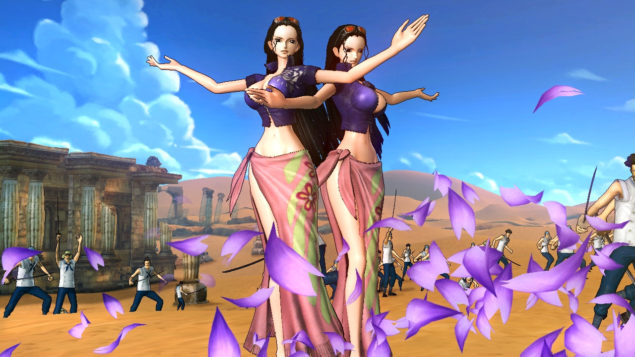 But by far, One Piece fans will be the most excited about brand new characters that have recently made their appearances in the anime’s latest story arc, Dressrosa. The Dressrosa arc has introduced some of the most interesting characters that the anime has ever seen, and in Pirate Warriors 3 those characters are in attendance with fabulous animations, gorgeous attacks and models that look damn near perfect – even fans that demand attention to detail will struggle to find anything to complain about here.