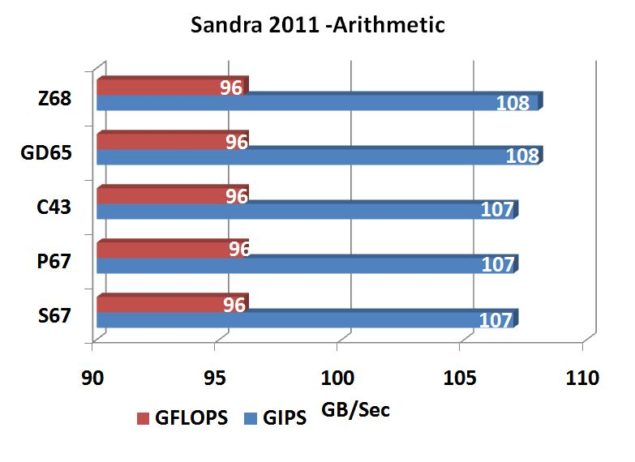 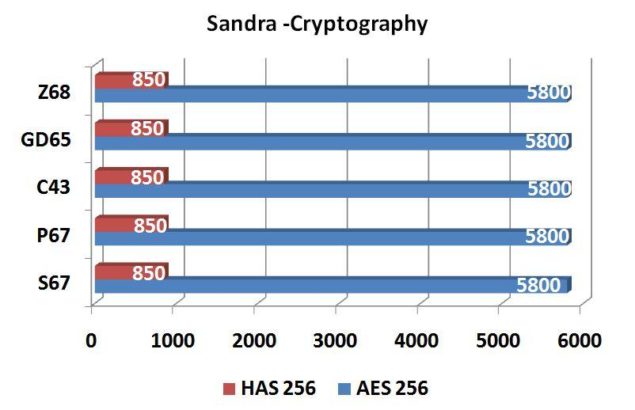 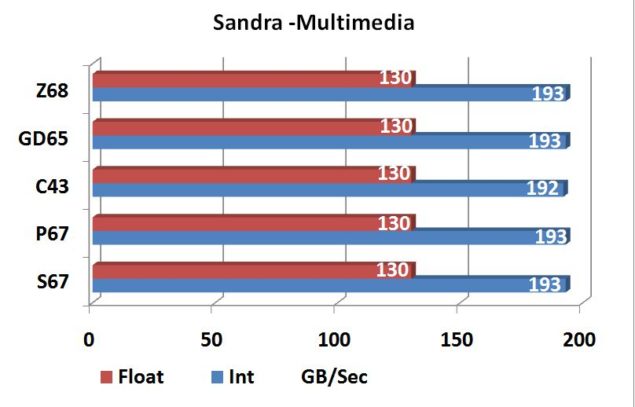 Again it is impossible to separate the Z68 and P67 –GD65 boards.

More of the same, the two MSI boards at the top of the chart are impossible to tell apart.