Always Sometimes Monsters is a peculiar title. It manages to tell an interesting story, which is lucky considering it is little more than an interactive novel. At times it does try to pull away from its conversations and opportunities for player decision making, however. Sadly, these sections tend to fall flat, providing uninspired activities that serve only to make the game feel more like, well, a game. It does little more than water down what is otherwise a compelling experience.

This game is all about player decision making. You are confronted with both minor and heavier issues in your hours with the title, and tasked with dealing with the consequences of your actions. Even the smallest detail can have large consequences down the road, sometimes even hours after the fact. In terms of storytelling and player interactivity, that's impressive not something you often see within a game. 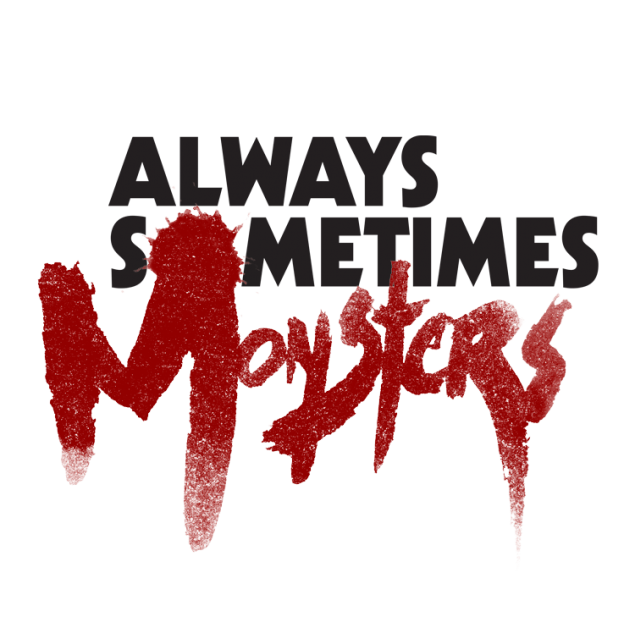 You start off by choosing the character you will follow throughout the game's entirety, as well as your partner of choice. Players are given free reign in choosing their race, gender and even sexuality simply by starting a conversation with a character of your choosing while at a party. You are first given control of a literary agent; one who ends up playing a large role in the title's story, looking for their next big talent. Whoever you choose to share a drink with at the party is the avatar which you control through the rest of the game. 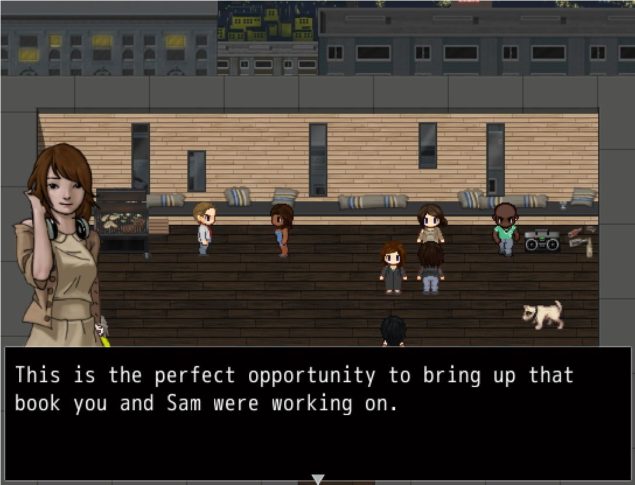 You then take your new-found character and go in search of whatever lucky party-goer you wish to take on as your long-time partner. It's certainly an interesting take on character creation, offering the game a little bit of personality early on. And Always Sometimes Monsters is certainly a title that holds that sense of personality throughout.

This relationship wasn't meant to last, sadly. The game picks up a year after the party. Your character is dealing with a breakup, the fact that their bright and shining new writing career hasn't exactly panned out, and worse yet, your ex is now getting married. . . You're invited!

You decide not to take that last bit of information sitting down, no matter what your reasons. And yes, again, they are YOUR reasons. You decide you will make it to the wedding, but there are many factors and choices that may drive you in making this decision. Either way, you have thirty days to make it happen and your money issue isn't making things any easier. This is where the meat of the game lies. All things said and done, the main task of the game is money management. Odd jobs and the general acclimation of wealth is the name of the game, and making sure you have the cash and opportunities to make it to your ex's wedding is, essentially, your sole goal going forward. 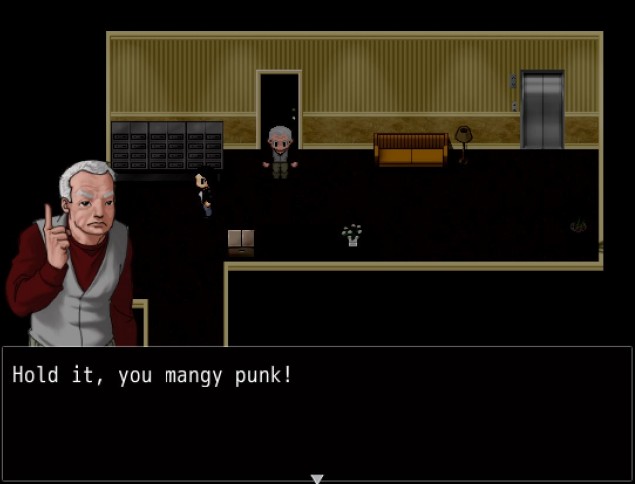 Always Sometimes Monsters wears the idea of there being no right or wrong answer to questions, only your inevitable choices, on its sleeve. Just what are you willing to do to get what you want and to where you need to be? While there are more than enough opportunities for players to make a rightful dollar or two through the many miscellaneous odd jobs found throughout the game, there are just as many opportunities for you to cheat your way to a quick buck, other people and your morals themselves be damned.

To go too much into the overall narrative of the game would be to ruin the game, really. And I never make a point to delve too much into the story when it comes to writing a review. That said, that fact is going to make for a rather short review. The large majority of your time will be spent driving your character forward, doing everything in your power to make it to the wedding on time. Hours will be spent conversing with characters, creating bonds and, overall, just roleplaying the everyday life of a working stiff. Friends, family and the drama that comes with it. Simple, but compelling in its own right. 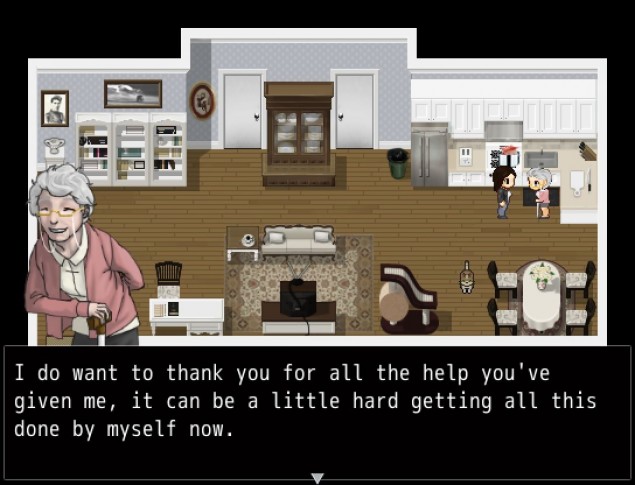 The times where this isn't the case, however, chances are you are finding yourself participating in rather mundane activities, making the experience feel more like a drudge than it needs to. Often times I wish these activities were missing altogether so I could focus more on what the game does right. These activities range from helping a friend set up for his show; acting as a memory and spacial puzzle, to working as a coat check; another memory puzzle. And then you have the truly mind-numbing experiences such as working as a packer. Here you are tasked with nothing more than walking back and forth across a factory, picking up boxes and returning them to the delivery truck. 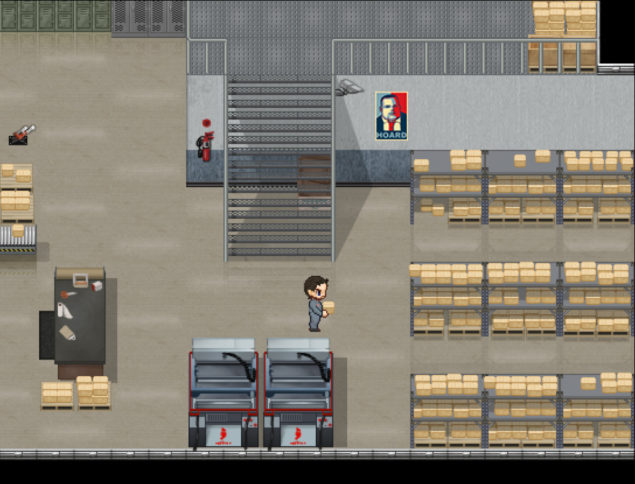 While these sorts  f activities serve to lend a bit of weight to your choices, as well as to provide something affected by overall player skill, serving rewards and hindrances to the players based on their performance, they simply aren't fun. They don't really do the game much favor and just really weaken the game overall.

Always Sometimes Monsters is a game that does a particular thing, and does it well. It's not a gamer's game, if you will. This is a title for people who like the idea of choice and reaction in their games and aren't afraid of dealing with the outcomes of their actions. Honestly, to get any enjoyment out of this game, you need to revel in that idea. It is not a game in the traditional sense. As was brought up earlier in the review, it is more an interactive novel than it is a game. A comparable experience to, say, the Walking Dead, though it doesn't provide traditional gameplay mechanics in a proper way like the Walking Dead.

That said, what is on offer is handled well. Always Sometimes Monsters is a solid, engrossing experience that kept my interest throughout on story alone. This game isn't about smooth gameplay mechanics. It's about tasking the player with simple decision making and how those decisions affect the narrative. As a game, it's bare-bones. When looked at as an interactive story, it proves itself something special. 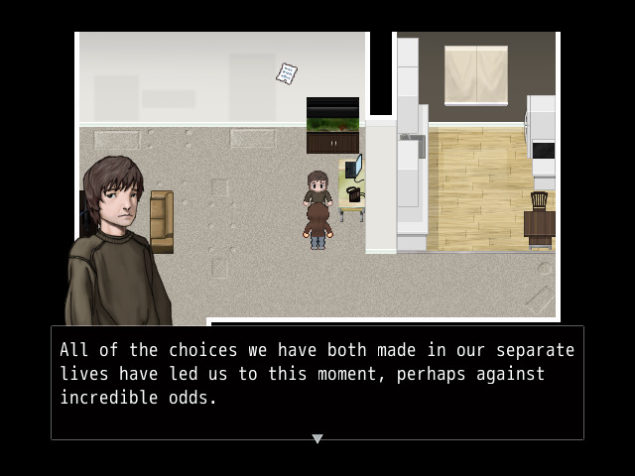 A bit muddled in places. While the story has its highs and lows, the variance brought on through choices made throughout is something not often seen and is worthy of your time. This review should provide a good indication on whether or not this is the sort of game for you. This isn't the sort of experience I would recommend to everyone, but those whose interest held to the end, the game should prove worth the price of admission.