Mind: Path to Thalamus - One Guy Made This!

Envisioned and brought to life by sole developer Carlos Coronado, Mind: Path to Thalamus proves a rather impressive work. I have covered a fair few indie titles over the years, so I know full well the amount of talent that can be found in these smaller studios; often times leading to experiences that easily trump your average AAA release.

With that said, the level of quality on display here and all being the work of one man is something truly noteworthy.

Not a perfect game by any means, but the level of polish seen here, along with some rather inventive puzzles, creates an experience worth taking part in and proves this title a labor of love for the developer.

Now, let's tackle the game itself.

At first glance Mind can easily be mistaken for the sort of experience the gaming community has ever-so-lovingly taken to calling a “walking simulator”.

From the situational narration of the player character themselves, to the melancholy tone of the world and the protagonist's overall insight into his situation. Even the overall lack of skill-based gameplay mechanics do a lot in the way of comparing this title to the likes of, say, Dear Esther.

What separates the two titles are the well done puzzles that make up the bulk of content to be found. And when I say well done, I do mean well done. Fantastically so, in many cases.

While some were self-explanatory; others overly obtuse,the game, as a whole, provided some truly thought-provoking and original puzzles that left me with the same feeling I had when playing Antichamber. Something I can't say for any other puzzle game. 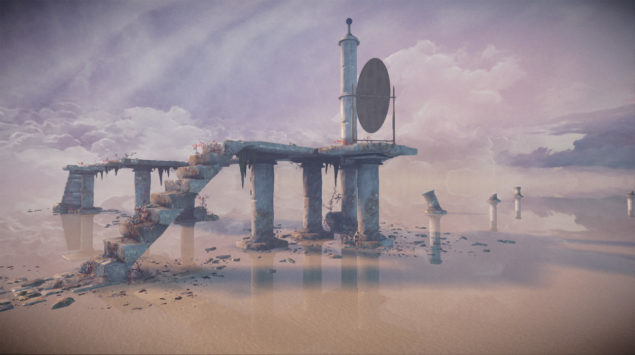 Much of the puzzling revolves around the manipulation of the weather, the environment, and even switching between day and night cycles in order to bypass the obstacles in your path and proceed through the story. This, combined with the navigational and basic thought puzzles already in place means there is much in the way of variety to the puzzling.

While the game doesn't require too much in the way of understanding its mechanics, it certainly, if purposely, has no qualms with asking the player to figure things out on their own. Intuitively unintuitive is how I normally go about describing this sort of experiences. It looks at normal logic, flips it on its head, throws players into the world and lets them blindingly figure things out for themselves until, eventually, everything starts making sense. 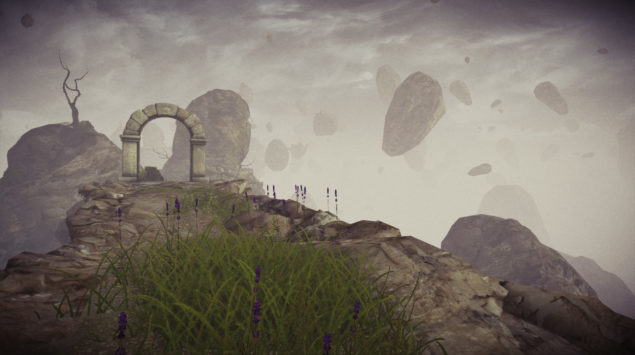 It's not just the puzzles that serve to make the game something special. While the "game" part of the game works and works well, it also boasts an interesting narrative and attractive world, helping to push players forward for more than just gameplay alone.

A narrative that I shall barely even touch upon because, hey, that's how I do. To give a little is to give a lot when it comes to the story so, as per reviews, I leave the story for the players to unravel. Long story short, it deals with loss, family issues, inner-demons and just about anything else possible to tug at the heart strings of the players. And it works, for the most part. The story is a strong one that made me feel for the main character, pushing me forward to the next bit of content. 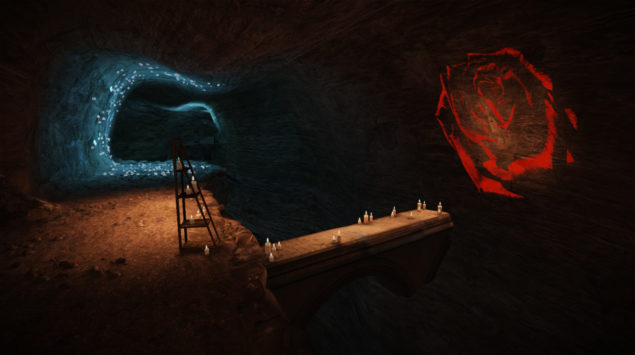 It's not much of a happy ride, but it's a worthwhile one. The strong story is unfortunately let down by an overly-heavy writing and some rather lackluster voice acting (something reportedly to be addressed in future patches as of the time of writing). They don't do too much to detract from the story itself, but it's unfortunate to see a strong idea let down by weak execution.

But How PC Is It?

Sadly, not very. While the game boasts some great visuals overall, the options menu is rather bare bones; touching on nothing aside from resolution, draw distance and levels of post-processing effects. That said, performance was solid. The game caps-out at around 60fps. Something that is sure to disappoint those with high-refresh rate monitors. Even so, the game never dropped throughout the four hour experience on my i5-3570/GTX680 build. So, the game is well optimized and those with even moderately modern rigs should have no issue running this and running it well.

While short, it is an experience that holds nice pacing and should keep most interested until the ever-so-short credits listing splashes at the end of it all.

While a great title to be sure, it by no means re-invents the puzzle genre, as was done with the aforementioned Antichamber. However, it does enough in way of tasking players with approaching puzzle solving in ways they aren't accustomed to and, in doing so, more than justifies its place on the shelf and offers something a bit different for players. As a first outing for this one-man development team, this is a great starting off point. I enjoyed my time with Mind: Path to Thalamus, and I am eager to see just what's next from developer Carlos Coronado.