The Legend of Heroes: Trails in the Sky the 3rd Review – Heroes Never Get Any Rest

The Legend of Heroes: Trails in the Sky the 3rd

The Legend of Heroes: Trails in the Sky the 3rd differs from the previous two games in a lot of ways, which make it even more interesting. Estelle and Joshua, whose full story is told in the first two games, are no longer the main characters, with father Kevin Graham becoming the star of the show alongside new character Reis Argent. Following a successful mission, Kevin is sent to retrieve a powerful artifact found beneath Grancel Cathedral. This mysterious artifact brings Kevin and Reis, sent by the Gralsritter command as his squire, into the mysterious world of Phantasma. As it turns out, this is a world governed by a unique set of rules where Kevin, Reis, and the heroes who saved Liberl will get to know the history of the Septian Church and many other mysteries that are bound to be fully explored in future entries. In a way, The Legend of Heroes: Trails in the Sky the 3rd is more of a side story which helps set up future games in the series: those who already played the Trails of Cold Steel games will surely recognize some of the events that are foreshadowed in the 3rd.

In a way, The Legend of Heroes: Trails in the Sky the 3rd is more of a side story which helps set up future games in the series: those who already played the Trails of Cold Steel games will surely recognize some of the events that are foreshadowed in this one. 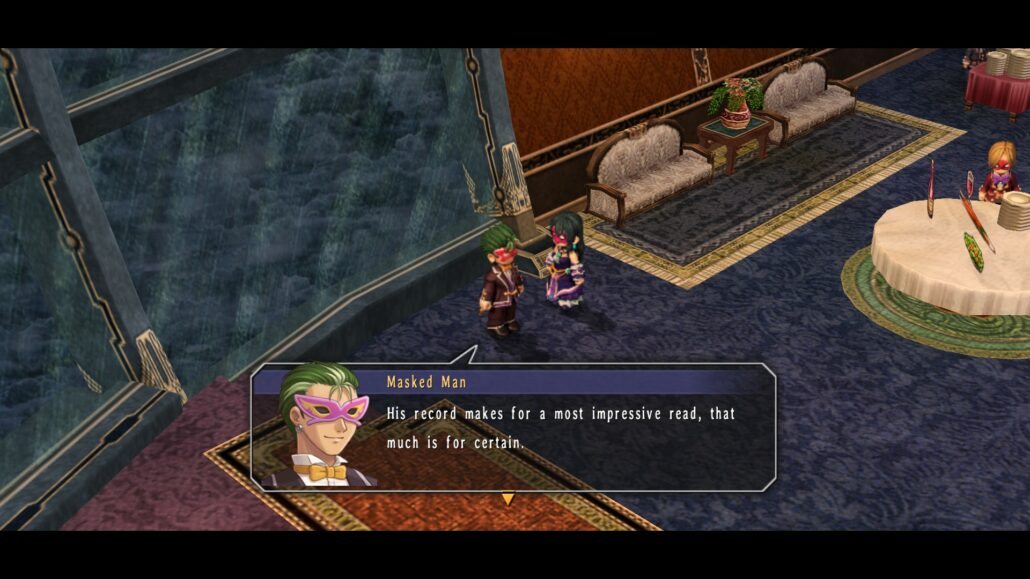 Like the first two The Legend of Heroes: Trails in the Sky games, The Legend of Heroes: Trails in the Sky the 3rd features phenomenal characters and story. The plot is definitely a more personal adventure, as the fate of the world isn't exactly at stake, which helps with refining underdeveloped characters and tying some loose ends. Kevin, in particular, is an excellent main character who manages to carry most of the story by himself. All the other characters, at the same time, are wonderfully written and developed, with XSEED's superb localization giving them so much personality that it's impossible to forget about them.

The introduction of the mysterious Phantasma opened up some interesting new possibilities for the game flow of The Legend of Heroes: Trails in the Sky the 3rd. The game feels like a dungeon crawler in more ways than one, with a main hub where players can recover HP and EP, purchase items, create Quartz for the Orbment (which works just like in the previous games) and more, and several floors of Phantasma to explore, each filled with enemies, treasure and three different types of doors, called Sun, Moon and Star Doors. Behind each door, which can only be opened by satisfying certain conditions such as bringing select characters, defeating a set number of enemies and more, players can find long and short stories focused on specific characters and a variety of mini-games. Despite being so different from the previous games, while some players will definitely miss being part of the living and breathing nation of Liberl, this new approach works incredibly well, at times even better than before, as things move at a quicker pace.

The game's battle system also received some improvements over the previous two games. At its heart, it's a classic turn-based battle system where players and enemies take turns in attacking with physical attacks, spells, and Crafts, use items, move around the battlefield and more. By using the right abilities, it's also possible to manipulate turn order to take advantage of a variety of battle events, ranging from increased strength, HP or EP recovery and more. Battle events have been expanded since Second Chapter, with new events like Block, which nullifies damage done in the turn, Vanish, which makes the target disappear, and a few others. Elemental affinities have also been expanded, with enemies now being resistant or weak against Mirage, Time and Space. This addition is particularly welcome, as these three elements were included in the first two games, but enemies had no affinity with them. 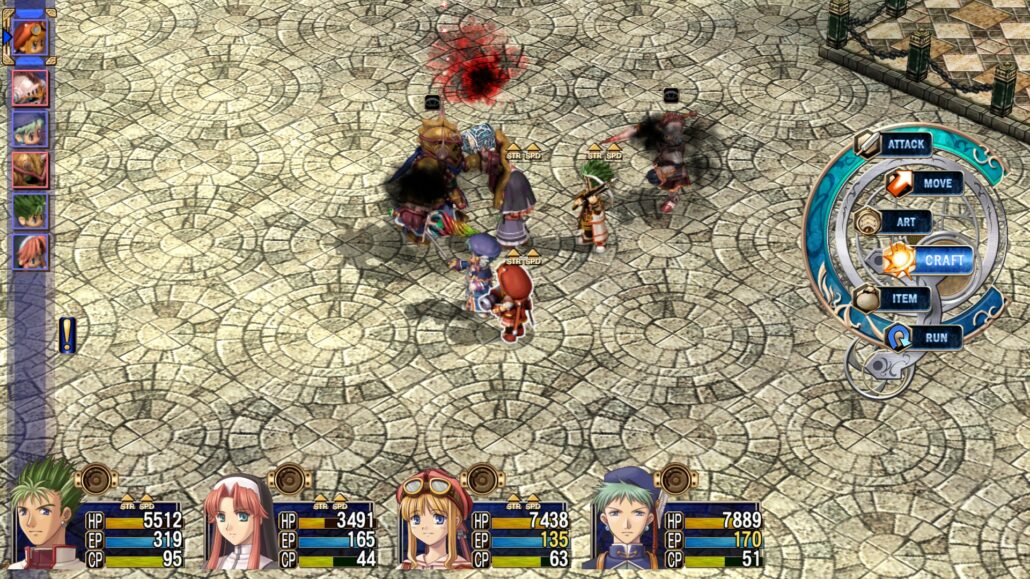 If there's an area where the game slightly disappoints, unsurprisingly, is in its presentation. Having been released originally 10 years ago, The Legend of Heroes: Trails in the Sky the 3rd definitely looks outdated by today's standards. Still, the game doesn't look all that bad, mixing 3D locations and 2D characters like many other Japanese role-playing games released between the 90s and the early 2000s. The soundtrack, composed by the Falcom's JDK Sound Team, on the other hand, is excellent, with many memorable tracks that will get stuck in your head for quite some time, like the Fighting Right On battle theme, the main theme Cry for Me, Cry for You and many others.

The Legend of Heroes: Trails in the Sky the 3rd is a more than worthy continuation of the Trails in the Sky saga, tying up some loose ends from the previous game while setting up events for the following entries. The dungeon crawler game flow of the 3rd may put off some, and the presentation may look outdated, but do not let this discourage you, as the game is one of the best Japanese role-playing games released this year in the West.