Developer/Publisher: IO Interactive/Square Enix
Platform: PC (Steam), Xbox One, PlayStation 4 – 14.99$ for the Intro Pack, 49.99$ for the Full Experience, 9.99$ for the episode
PS4 version reviewed. Review code provided by the publisher. 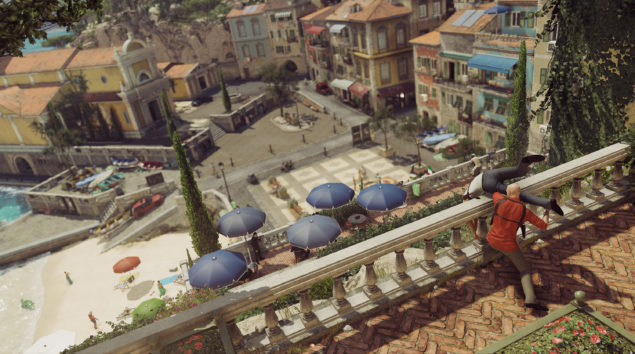 Agent 47's bloody world tour continues in the second episode of his latest Hitman title. Gone are the metrosexual models of Paris, replaced by the macho security guards and pasta chefs of of Italy. It's a wildly different environment, but the goal remains the same: track down your targets, finish them off and get out alive.

It's safe to say that the quality of this second episode stays very strong. While Paris was very good, it was relatively short and felt a little boxed in. When partnered with the tutorial it gave you a couple of hours entertainment, but the feeling was always that the second episode could be a little underwhelming if attention wasn't paid to increasing the content on offer.

Square Enix were obviously acutely aware of this and have made sure that there's nothing to worry about. The world you have to explore is massive, with secret passageways and a whole catalogue of options on display. As well as a villa, you can also check out a rather sizeable chunk of Sapienza itself, as well as an underground laboratory. It's nice to have so much variety within a single chunk of the game.

Gameplay remains exactly the same, with a few minor improvements. There's a lot more chance to blend in, depending what uniform you're wearing, and there are more 'opportunities' as well. Like in the original episode, opportunities guide you through a set of objectives which can either make a kill easier or set you up for something big. They're fully optional, but are a welcome addition to the title.

You'll be tasked with infiltrating a secret base, killing off a couple of people and destroying a virus that can be manufactured to target specific people. Naturally, you'll use stealth and cunning to achieve your objectives as well as a wide variety of costumes. Just how many bald guys with barcodes on their head are running around this place that he doesn't stick out like a sore thumb? 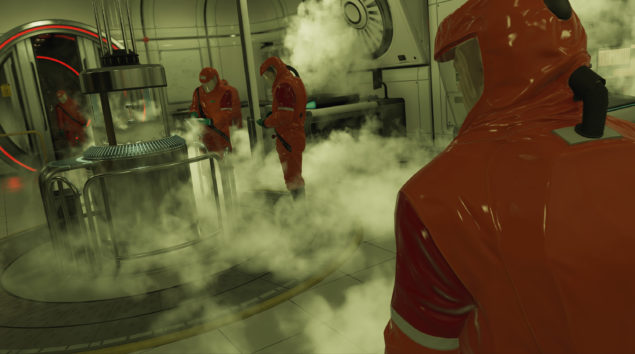 Not only is the mission itself considerably longer and more complicated than its predecessor, but the scale of the location is much better as well. The range of people you can interact with and the dialogue you can hear is huge. This is a proper sandbox, complete with endless solutions to missions many people probably won't even notice exist.

Some of it feels painfully familiar - housekeepers uniform, guards uniform, scientists uniform, escape - but that's with as little creativity as possible. It's just as easy to sneak up to the attic and throw something explosive down into the fireplace below or catch one of your targets while he's grieving for his dead mom. In terms of challenges, it's as easy or as difficult as you fancy.

Sapienza also serves as the perfect example of why design is so important. Paris and the introduction pack both looked fantastic, but Italy takes another step up. The quality of the technical side hasn't changed - textures, lighting and character design are more than passable - but the location itself is just that much more visually pleasing.

Thankfully, it seems like since our review of the Intro Pack a lot of the graphics and audio glitches have been cleaned up. There's still a stupidly long wait after you pick a level, and that becomes only more annoying when you're loading a save. With an increase in difficulty comes a bigger reliance on jumping back to older save states, but these can take a ridiculously long time to pop up. Die multiple times or not quite get things the way you want them and you'll be punished with a loading screen over and over. 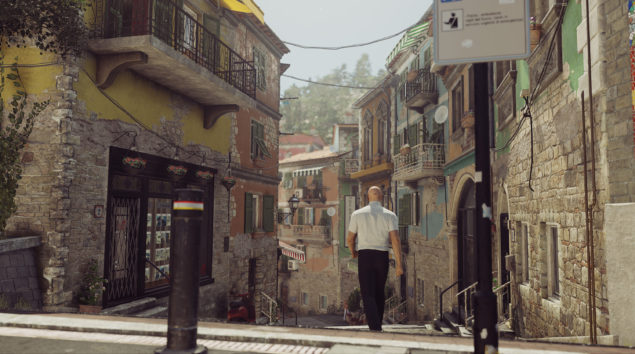 Of all the glitches we encountered in our first run through, only one rather minor one remains. When you go back to a save state, a loud, jarring skipping sound will play while it tries to catch up with the music. This happened every time and, although it's not going to interrupt too much, I still wish it wasn't there.

Once you've got to the end of the level, you'll be rewarded with a rather disappointing cut scene. While the movie that awaited you in Paris was a major twist, this time it doesn't pack the same punch. That's one of the major flaws of episodic gaming - you have to make the play want more plot, and Hitman doesn't. Thankfully, the gameplay is enough to keep you following each new release - for now.

While the second episode is probably lengthy enough anyway, the environment has also been opened up to the contracts creators. It's a little early to judge what's coming out of it right now, but if the first episode is anything to go by it'll be a minor feature at best. As before, the level plays out exactly as it has, only with different objectives.

It's there for the variety of targets when you're working through the challenges that each level offers and very little else. Not disappointing, because it is what it is, but only those who want to go above and beyond will bother fully utilizing this mode.

But what does it matter? At this point we still have a lot more to come, and the future is looking bright. Episode 2 is a worthy follow-up to Paris, and is just as enjoyable as it needs to be. The series is going in the right direction and, hopefully, the quality can stay where it is. Sapienza proves that environment and variety are key to Hitman's new style, and it'll be worth following so long as that lasts.