Exile’s End Review – All Too Familiar

While the developers at Magnetic Realms have tried to distance themselves and claim that Exile’s End is not a Metroid/Castlevania-inspired title, the similarities are too numerous to ignore. As players explore a small number of interconnected worlds in pure side-scrolling fashion, new abilities and weapons aid to improve the hero’s traversal skills. Straying from the obvious path or blowing holes in suspicious walls lead to secret enhancements that might boost defense or ammo capacity. Progression to specific areas is typically blocked off until a specific item or ability is acquired. If these points don’t invoke memories of the two-dimensional Metroid titles, perhaps only then could Exile’s End be labeled as anything other than being a part of the Metrovania genre.

To help build the story of a rescue mission taking place without any proper gear, Exile's End takes a unique opening and makes the player truly powerless. Without the first powerup discovered on a fellow partner's crashed vessel, the main character can't fall down the most rudimentary of heights without suffering major damage. The main hero doesn't even have a weapon to protect himself at the start, instead relying on rocks picked up in the environment to distract rather than defeat his foes. It isn't until a handgun is located later on that the combat can actually begin. 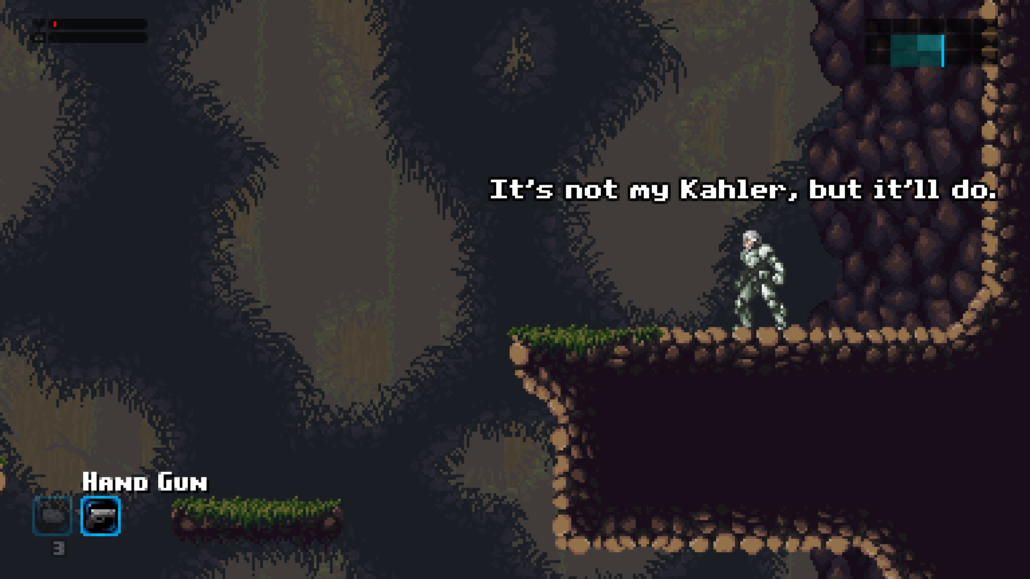 The map in Exile’s End, a tool as important as in any other Metroid title, performs the most basic of functions but lacks in so many other ways. At a quick glance, there’s no discernable way to tell where one area of the world ends and another begins except for the same marking that designates a doorway that hasn’t been passed through. As a player with a compulsive desire to mark every single map square in Metroid, having glaring holes in the cartography is a huge annoyance. Usually, when there’s a hole missing from a room’s map, there’s some sort of secret path or breakable wall somewhere to explore. This isn’t the case in Exile’s End and those same poor marks have still made their way into the PlayStation 4 version, even after a year of feedback from fans regarding the PC version.

Losing one’s way in the world is another problem to Exile’s End. No map notation or quest markers will pop up, so unless you can recall what happened moments ago and can recall what the current objective is, it can be incredibly easy to get lost. I spent nearly half an hour scouring around an area of the mines looking for a pair of alien artifacts that needed to be blown up. I could barely recall the motivation for the need for destruction nor did I have any clue of what these artifacts even looked like.

Between being trapped in a zone where backtracking wasn’t possible until finishing that particular objective and being locked to progressing into the obvious extra paths due to a lack of ability or radiation resistance, that sapped much of my interest in continuing around the halfway mark. All of that banging my head against Exile’s End’s metaphorical (and physical) walls eventually paid off and I was able to find my way once more, but all of that time surely locked my out from finishing the game in under three hours as one of the Playstation trophies requires.

Saving is another mechanic that Exile’s End tries to differentiate itself from its contemporaries but doesn’t quite hit the mark. To save one’s progress in Metroid, typically there are designated save points that the player needs to trek back to without getting killed in the process. In Exile’s End, progress is saved immediately after leaving a room. In theory, this could be a positive feature but say that you take an enormous amount of damage by mindlessly wandering into a room filled with radiation and didn’t have the proper suit upgrade to progress. Unless you willingly die and restart in that room, all of that lost health will stay gone, making future encounters that much more difficult. 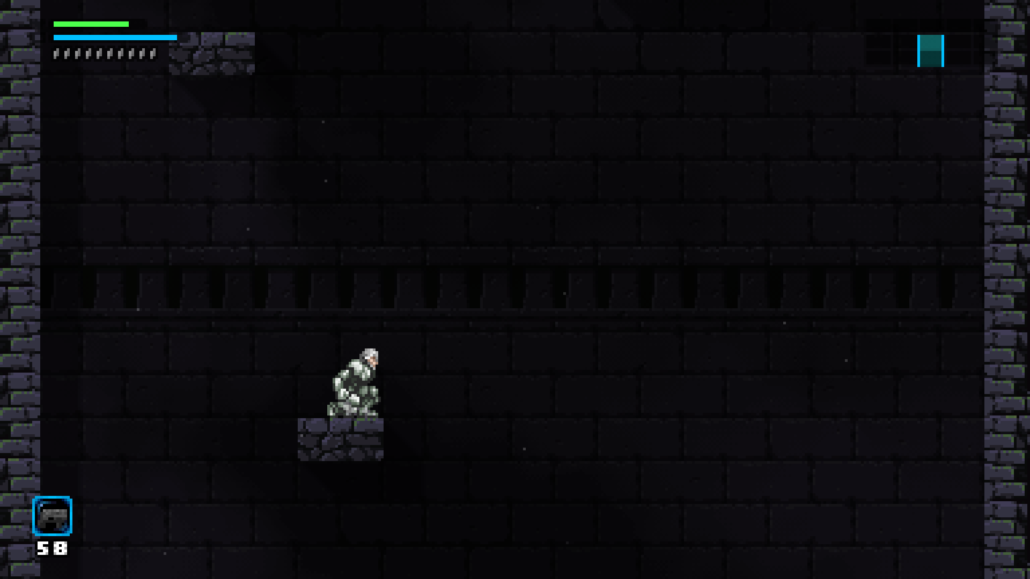 Exile’s End artificially bumps up its challenge by making all lost health and ammo somewhat permanent. With no special stations to run back to and recharge, the player is at the mercy of random item drops to recover their supplies. A finite number of usable health kits are scattered around the environment, but even these are too few to keep the player going at optimal efficiency. For roughly the first hour of Exile's End, between its incredibly slow opening and having to restart certain challenge rooms due to breaking the intended sequence and heading off into an area that should've been saved for later on, it took unusually high perseverance to continue playing beyond the initial frustration.

Compared to other Metrovania-style games, Exile's End is a much more restrained title in terms of combat encounters. With only a handful of enemy types that appear in smaller set patterns, it becomes fairly routine to take out one group of enemies only to see a matching set again in the next room. Thankfully as the player gains in power, these rudimentary encounters become trivialized with the number of guns and upgrades that help bolster the hero's strength. Of course, not paying attention and taking some unintended damage in room after room quickly adds up when you aren't lucky enough to get a small health kit to drop. 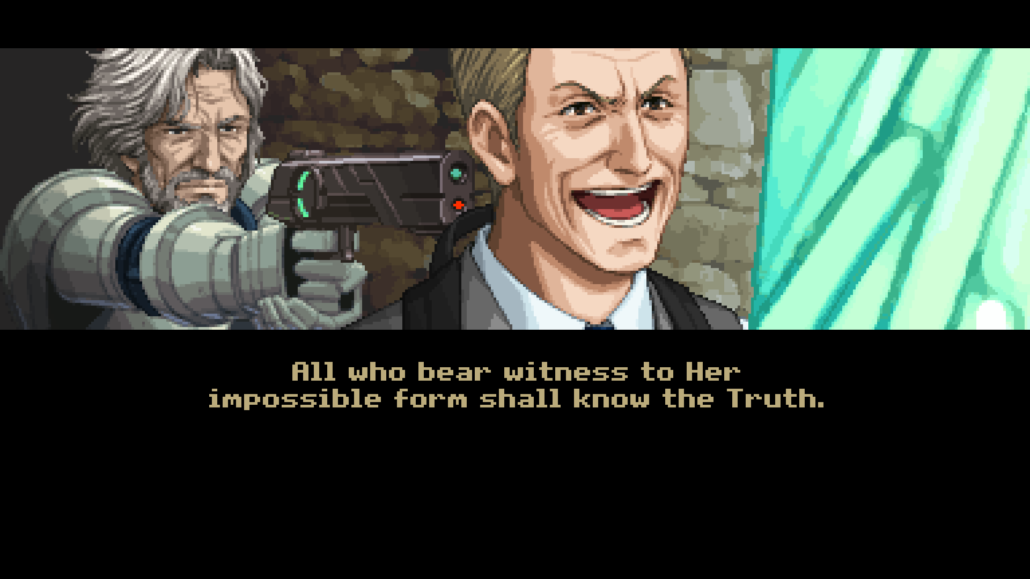 From start to finish (with about a 95% item completion), Exile's End clocked in at just under the six-hour mark with a few boss fights and early failures padding out the length. While at the shorter end of the scale for Metrovania games, the $9.99 price fits this indie title perfectly. Exile's End might not be the best sidescroller on the Playstation 4, but it undoubtedly has a difficult charm that should feel right at home for players that grew up in the NES/Amiga era.

PlayStation 4 version tested (code provided by the publisher). Also available on PS Vita and PC (Steam), with WiiU to follow.

Though the rough spots spoil a seamless progression, Exile's End is a challenging yet brief Metroid-styled experience at a fine price.

Super Dungeon Bros Review – Not so ‘Super’ after All

Dreams Is Definitely A Game; Will Be A Story Led, Pop Culture Innovative Console Experience