If you don’t know what Ever Oasis is, then that’s not much of a surprise – Nintendo hasn’t exactly given the game proper time in the spotlight. One of the smaller “stealth-announcements” made at last year’s Nintendo Treehouse stream during E3 2016, Ever Oasis is a game which Nintendo seemingly have little to no faith in. It has had trailers during Nintendo Direct streams, but the fact they keep announcing it as “from the developers that made The Legend of Zelda: Ocarina of Time 3D” shows their confidence could be much higher.

And more to the point, it should be much higher. Ever Oasis isn’t just a side game from the devs who ported a Zelda game once, this is one of the most simple-yet-endearing games to release this year, on any console, one that RPG fans would be foolish to miss… 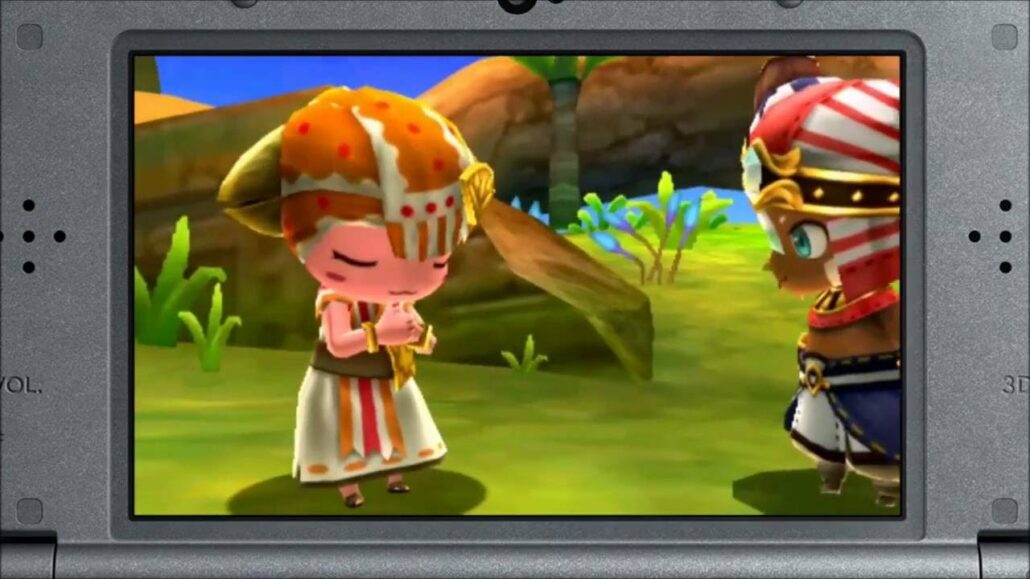 Ever Oasis is set in a vast desert, where the only respites from the lack of water and shade are oases – secluded areas where shops and settlements spring up around the few and rare pools of water one will find in the desert. In the world of Ever Oasis, the oases are under threat from the Chaos – a malevolent force that sprouts Chaos Plants which sap the life from oases and dry them up. It is up to the Oasis’ spirit Esna to work with you – the player character, the village chief and Child of the Great Tree that helps the oasis survive – and wipe out the chaos before it turns the entire world into a desert.

Now, you would be forgiven for thinking the desert aesthetic gets tiring when compared with so many games that take you to a range of new places – when, actually, the desert does a good job of staying mystical and fresh throughout. When venturing outside of your oasis you’re met with a large overworld which is carved into several distinct pieces, each themed slightly differently. Sandy dunes with an orange hue in one area, while white sands and calming music sets the scene in another – this all goes without mentioning some shockingly amazing setpieces in the desert. A giant pot that pours a waterfall of sand, a giant monument in the distance just begging to be explored, a massive genie’s lamp that a small settlement has been built around – the sights in the desert are mystical, unexplained, and fascinating.

Getting out of your oasis is important – after all, you may have water, but much more than that is required to survive. Going out into the overworld you’ll be hunting for materials, cutting down monsters and spelunking through some particularly dank caves. While exploring caves and the overworld, of course, you’re going to get into fights. Snakes, giant insects, rodents and much more will be lurking the world, and you’ll fight them using real-time combat – no turn-based battling here. Combat is, admittedly, very simple, offering two attack buttons and a few, very limited, button combos to do extra damage. Long fights can, honestly, be a somewhat tedious game of making distance and then running in for an attack when possible, but it actually does manage to remain enjoyable enough, and it’s all worthwhile in the name of loot and money. 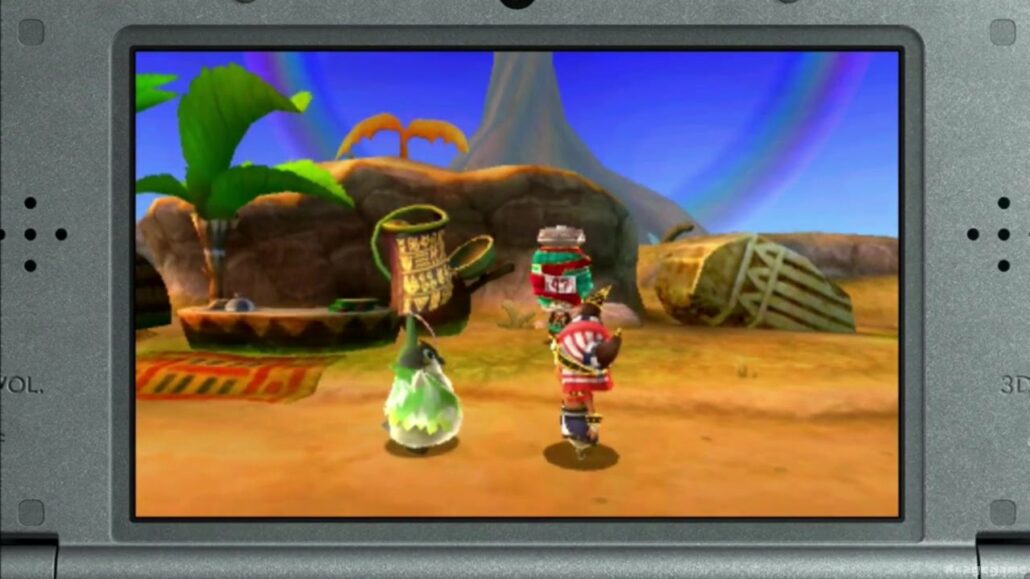 Which is where Ever Oasis takes a page from the likes of Harvest Moon – making money. As the Oasis chief it’s your job to help villagers settle shops, keep them well stocked, and generally keep the populace happy – after all, visitors to your oasis who are passing through the desert and your fellow villagers alike will need somewhere to shop and live. In return for keeping the shops well stocked you’ll take a good share of the profits from stores, which you can invest in gear for going back into the world or even more shops.

As you gain more villagers and visitors, your oasis will level up and grow, allowing more plants in the garden, more shops, extra areas and much more. The sense of growth and progression is vital and feels very rewarding when you see your small oasis quickly fill with shops and villagers and have monuments erected in your honor. 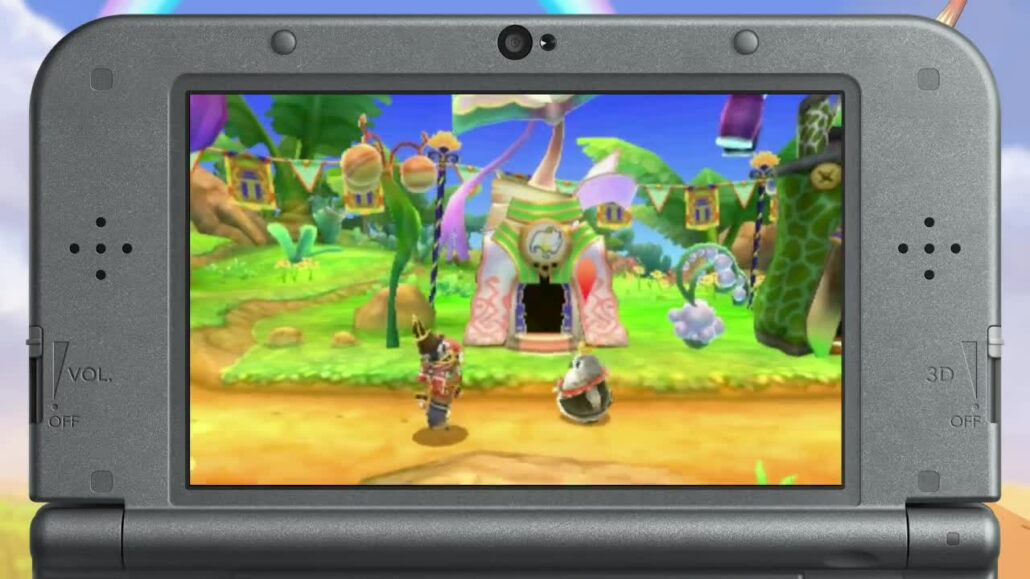 Grezzo obviously took a fair few inspirations from The Legend of Zelda: Ocarina of Time when developing Ever Oasis – the first few main McGuffins are colored stones that must be collected, after all – but that’s certainly not a bad thing. The dungeon design, and admittedly straightforward puzzles, almost feel like a My-First-Zelda in a lot of ways, which fits the art style and design wonderfully. If a full-fat Zelda game is too much for casual or younger players, Ever Oasis actually makes a fantastic middle-ground, while the Harvest Moon-esque shop and money management elements remain simple to access and addictive to the end.

In Ever Oasis you’re trying to make your oasis grow, and as you do, so does your strength, and your relationships. It’s a straight-forward, simple action RPG that takes some inspirations from Harvest Moon and The Legend of Zelda, but none of those are a bad thing. Ever Oasis feels distinct and unique enough to be its own, strong title – if you haven’t abandoned your 3DS for the Switch yet, Ever Oasis is yet another great 3DS game.