ECHO Review – Imaginative and Creepy at The Same Time

Great sci-fi usually begins without explaining itself to the audience. In ECHO, you play as En, a ‘Resourceful’ in search of a legendary, possibly fictional palace. Events have already transpired, and En is desperate. You are not meant to immediately. But you’ll want too.

Like other great cold openings in sci-fi, you feel instantly drawn into the world, curious about what each term means and how the world differs from our own. Through conversations between En and her reluctant partner London, the world and our central cast slowly reveals itself to the player.

And despite the infamy of the mysterious palace, it relieves itself very early on as well, with almost all of the action contained within its grand walls. Most players probably won’t be used to walking around such magnificent surrounding, unless you’ve visited Versailles. Its endless corridors and the juxtaposition with the derelict exterior makes Echo much creepier than I thought it would be. When the cold and sprawling network of walkways and mechanical stuff gives when to a simple yet elegant hallway flush with furniture and artwork, everything feels more than a little uneasy. 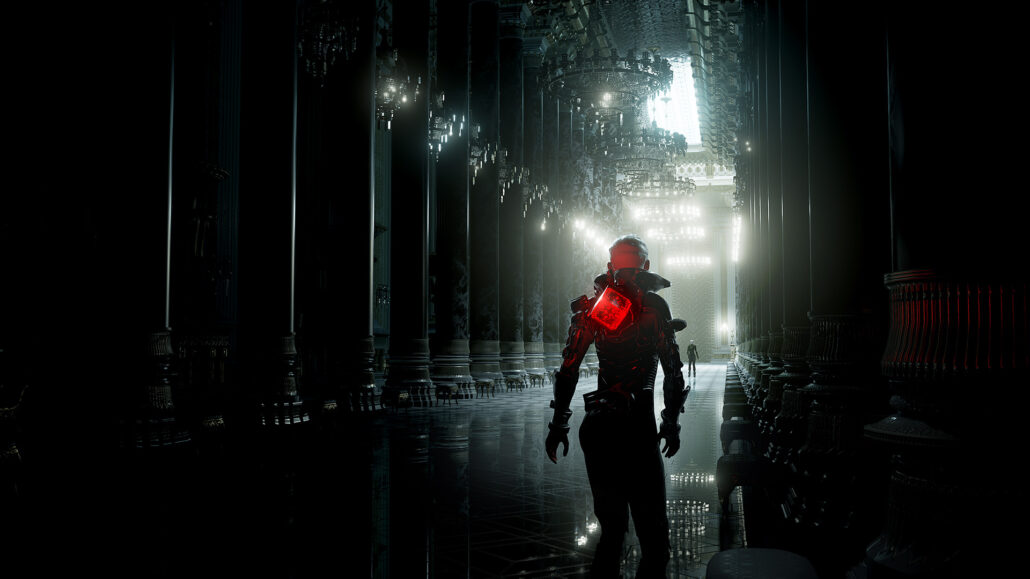 This is only heightened as you explore deeper into the planetwide structure, and it begins to turn back on. According to a prophecy, the palace has the power to bring back the dead, but in the eons past, this power seems to have malfunctioned. Lights flicker and shut off, and the entire structure constantly restarts and remakes itself. It makes you feel very unwelcome, especially when instead of bringing back the dead, it recreates En.

If you’ve seen any of the promotional footage, this won’t come as a shock to you. This is a game about fighting clones of yourself that adapt to how you play. And after a fairly slow, fairly creepy introduction into the world, that’s what you’ll have to do. When I began playing, this was not the game I thought it would be. I was expecting something more akin to an arena shooter where you entered a room, killed a set number of yourself, and moved on. Instead, this is more of an adventure with limited room to explore and a lot of options to take on the clones.

But they do learn.

It takes you a while to get to understand just how this works, especially if you find the swarm of clones a little too unnerving to study, but the game is built around a learning loop. By now you might be thinking that this sounds a little like Alien Isolation is a more well-lit environment, but there’s a key difference. While the xenomorph’s intelligence increases slowly, the clones of ECHO comes in bursts. Every time the palace blacks out and restarts, the clones will have all the abilities you used beforehand. So if you’ve opened a door, or jumped from a ledge, or used your gun, they’ll all have that. But when the next blackout hits, they’ll forget all those abilities and remember only the ones you used since the last reset.

This means that acts of desperation make the next loop more difficult, and as a player, the action becomes a lot more tactical and puzzling than your typical third person game. If you can avoid using your game, that’s great because then the clones won’t have any range on the next cycle. If you can avoid sprinting they won’t move as quickly, if you can avoid stealth takedowns you don’t have to watch you back. But if in one cycle you accidentally do all of those, then the next few minutes are going to be filled with sprinted, ranged, sneaky clones coming at you from all directions. Some clones even back between resets so clearing a room is never an option.

It is a fascinating piece of design, which almost actively encourages to not use all the options at their disposal and to swap them up regularly. And with the tense action broken up by more lore and storytelling, the game is well paced and definitely unique. 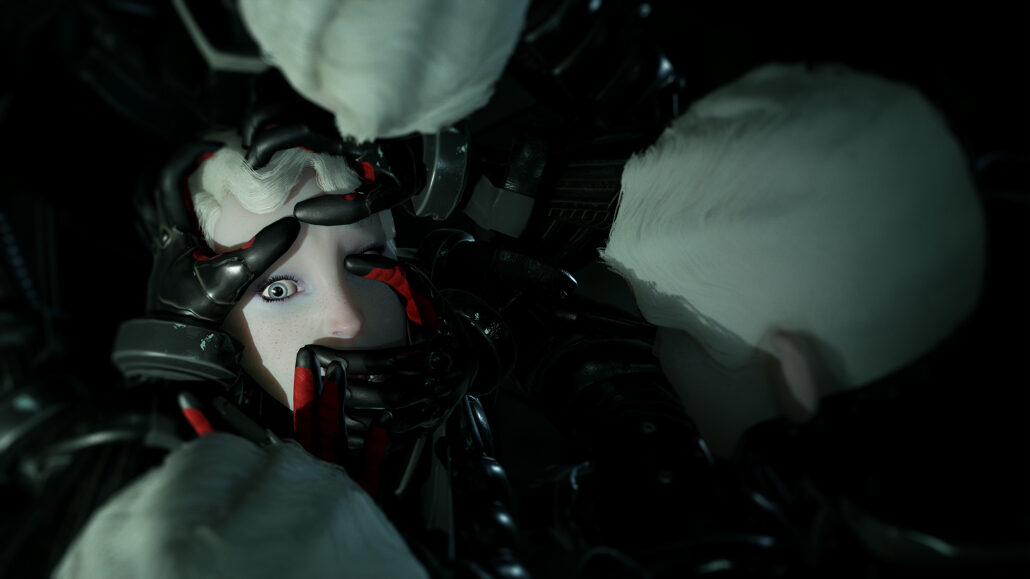 But it isn’t perfect. Almost straight away you’ll notice that the movement of En can feel too rigid. Now I know you can’t expect every game to have the fluidity of character animations of something like Naughty Dog's Uncharted 4, but with such a focus on the self in the story and the mechanics, it feels like a little bit of a letdown.

The other problem is a little harder to quantify. The palace, despite all its grandeur, gets tiresome after a while. ECHO could be greatly improved with a few different environments that can just keep the game feeling fresh. Again, this isn’t a major problem, but it does become fatiguing to move between near-identical rooms with very few opportunities to discover something new after the opening hour.

These two issues can make the latter half the game less pleasant than the beginning, with pretty much all the imaginative ideas being thrown in from start you can feel a little bored towards the end. Despite that, ECHO is still a unique game, with a really interesting take on enemy AI and learning. It's something that fans of a challenge can play for a couple of hours, fans of sci-fi can endure to the end for the story, and fans of something different can experiment with.

Echo offers something that I don't think anything else has done. It's creepy and imaginative and despite some flaws that come with the limited budget, it offers a lot of engaging, memorable and unique moments.