When Dragon Quest Heroes launched it was a fresh take on the Musou/Warriors formula, but ultimately we felt a bit underwhelmed. The Musou gameplay can be loads of fun, but when shoehorned into an RPG format felt tired and boring, not as strategic as an actual RPG, not as much chaotic fun to be had as in actual Musou games. Omega Force and Square Enix could’ve easily just whacked out a second game with few, if any, refinements and for the most part, people would’ve been content. But instead, Dragon Quest Heroes II is actually a big improvement on the first and will give disillusioned players a reason to give this one a try.

Your protagonists are a pair of cousins you can name, one male and one female. I chose the female protagonist and named her Teresa-May. Teresa is visiting her good pal Boris who moved out of the country for school, but while relaxing in town, their own country wages war on the city they’re staying in. Defying their blood brothers they protect the town from destruction and get wrapped up with some new friends that hold positions in high places, thus kicking off the effort to bring peace back to the land. 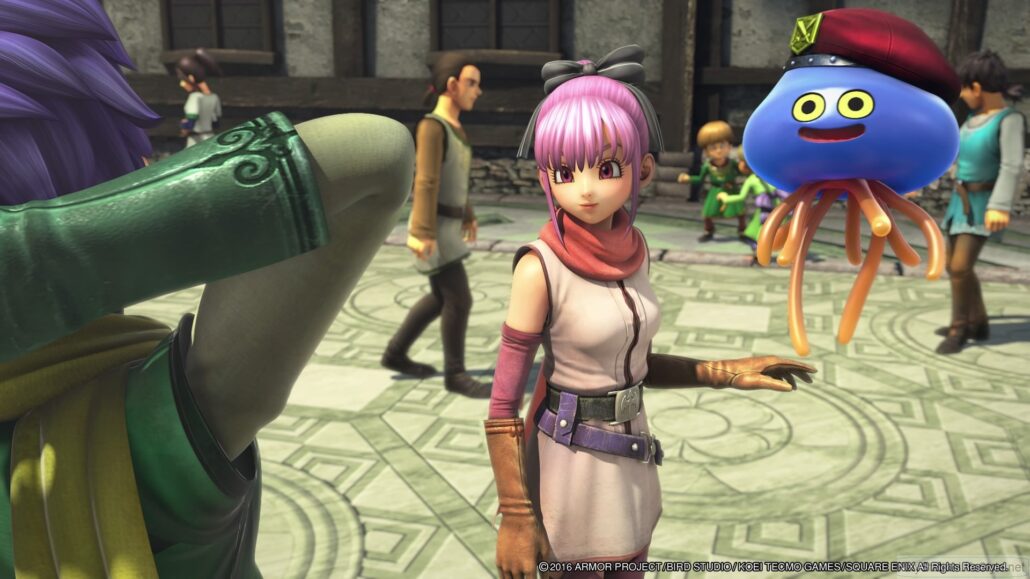 Predictable, then? Yeah, basically. Dragon Quest Heroes isn’t here to wrap you up in an awe-inspiring fairytale, instead this is just a generic JRPG setting to act as the backdrop to the gameplay – although that doesn’t mean they haven’t put effort into the world. Dragon Quest Heroes II has most of its combat and gameplay take place in these semi-open areas which sit between towns and cities. These areas pretty large – not open-world scale by any means, but certainly large enough given how long they take to traverse. It serves the purpose of making the world feel large enough to feel realistic, to a degree, without being overbearing.

The combat has had a fair share of improvements, too. Sure, this is still the tried and tested mashing of a quick, weak attack and following it up with a stronger one, though it doesn’t feel anywhere near like as much of a grind as before – though it has its moments. While for the most part getting stuck into a large crowd of monsters is a lot of fun, it soon becomes a chore as you end up picking off the last few stragglers wandering around the stage to trigger the next scene. 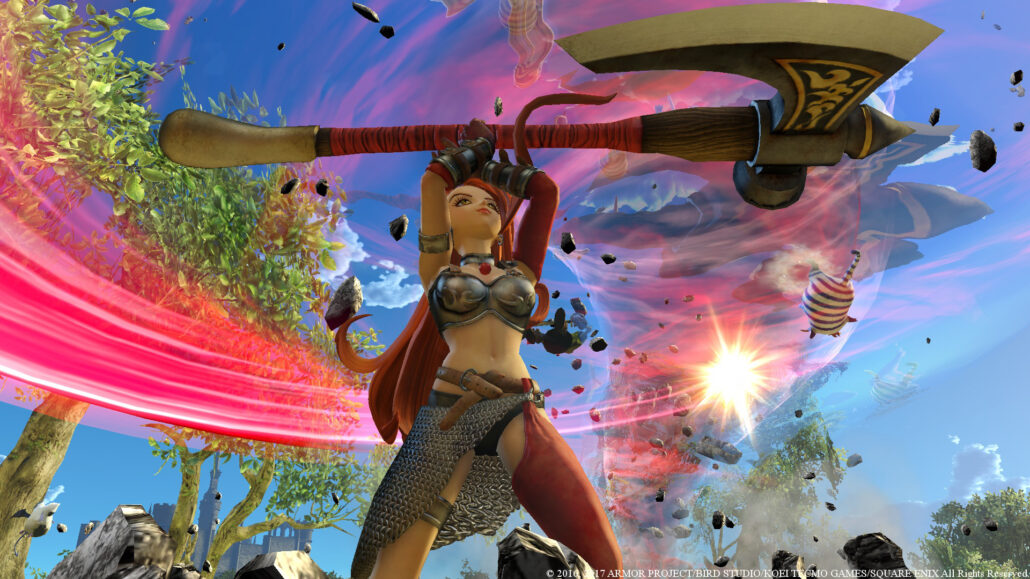 Towns feel more vibrant and detailed, too. Gone is DQH’s floating headquarters, and now you’ll find yourself actually moving between cities and resupplying at each, stocking up on better weaponry and items. It’s aspects like the world and cities that give Dragon Quest Heroes II more of a living, breathing feel of a JRPG, rather than just places to visit to complete missions. No, it’s not exactly pushing any next-gen limits, but these areas go a long way towards making the whole game look and feel more like a Dragon Quest RPG, and not a themed spin-off.

As always, Akira Toriyama’s character designs are second to none, and that familiar British voice acting feels – at least to this British bugger – very comforting and homely, even if it sounds like the voice cast of UK children’s TV shows. Of course, as with the original, Dragon Quest characters from across the series’ history pop up in Dragon Quest Heroes, all of them baffled at how they came to be in another world. 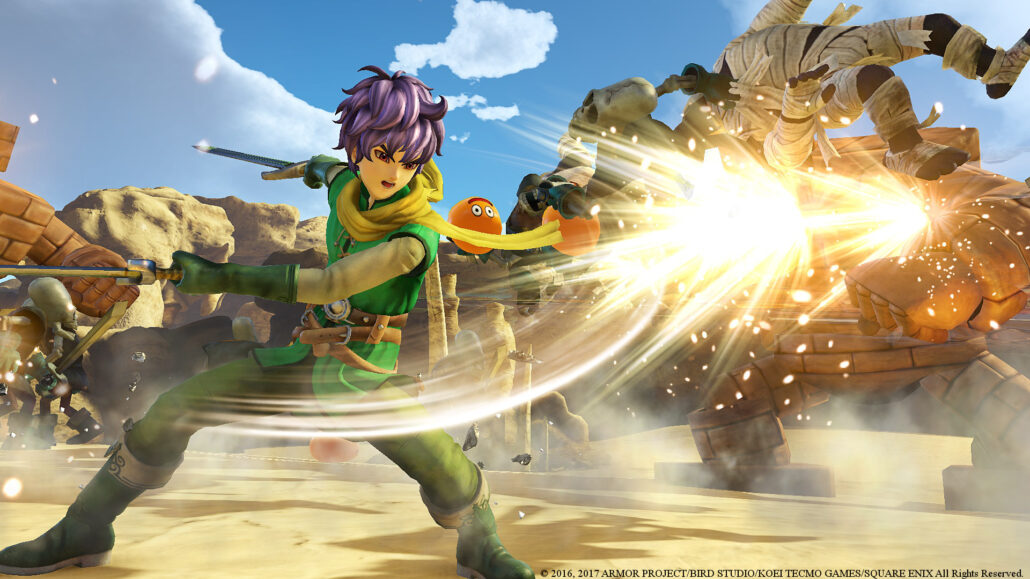 All of these familiar characters – and, of course, the original characters you meet – are playable, not just here to look nice in your party. Swapping between characters is as easy as tapping one of the triggers on the controller, and you’ll be thrust into their shoes, taking their position on the battlefield and wielding their weapon set and spells. This is nice and adds some much needed variety to the game as the combat can otherwise get tiresome quite quickly.

What’s refreshing about Dragon Quest Heroes II though is the pace. As I said, we have a generic JRPG setting, and there’s a generic JRPG story to go with it too, and that story is tackled fairly quickly, for the most part. Most JRPGs would drag out sections for hours on end – mainly down to how the mechanics of these games work – and the more action-oriented focus of this sequel means that stages and story scenes pass by with a fair amount of swift regularity – no getting stuck for hours on a single plot point. 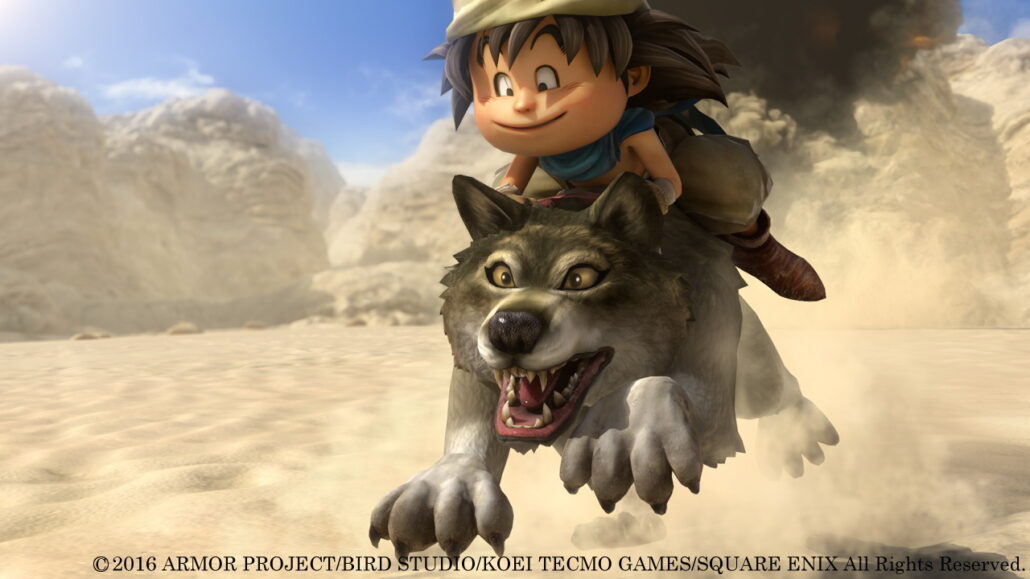 But ultimately… This is just another Dragon Quest Heroes, isn’t it? I don’t mean that negatively – after all, this is a massive improvement over its predecessor – but the JRPG style doesn’t really fit as well with the Musou universe as you’d like. Unfortunately, doing battle with hundreds of smaller enemies still isn’t all that fun in itself, though things definitely pick up when facing larger enemies. Unlocking new spells through your Skills menu is nice too, provides a good sense of progression and growth, but it never changes up the combat enough to really make an impact.

Dragon Quest Heroes II is a great improvement on its predecessor in almost every way – while it’s far from being a perfect game, those put off by the last might actually find this more to their tastes. Dragon Quest Heroes is becoming a great action game series in its own right, though still has plenty of room to grow.

Curious About the Characters in Dragon Quest Heroes: The World Tree’s Woe and the Blight Below? This Nice Infographic Can Help