Dragon Age: Inquisition Review – Let Us Save The World Once Again

The world is entirely pleasing and gorgeous being the first RPG title by BioWare running on the Frostbite Engine 3, and while there are plenty of things to do the plot can sometimes waver and the mission variety is sometimes bland in terms of fetch-quests.BioWare has nevertheless redeemed themselves from the folly of Dragon Age II and for most gamers this will be entirely enough. 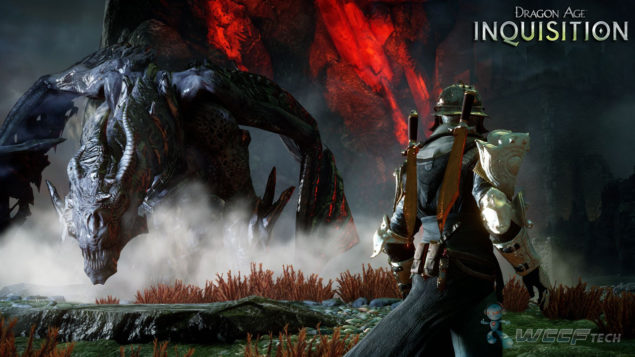 Dragon Age: Inquisition is a game filled with marvel and wonder through the bounds of exploration and the stunning depths of storytelling narrative.

A mysterious Breach has opened up over the land of Thedas and it is up to you and your band of companions to not only deal with the Templar/Mage conflict in Ferelden, but also the civil war in Orlais as you defend the world against the ever-brooding darkspawn.

Dragon Age: Inquisition is more full of fire-breathing angry dragons than the non-existent ones in Dark Souls II last-generation. It is full of everything you can imagine – political strife, a huge land, beautiful wildlife, and a cast of memorable characters in the most expansive Dragon Age ever built. The companions are very powerful within Dragon Age: Inquisition’s storyline, and they feel real with a sense of purpose in times as tough as these. Some companions can leave due to bad decisions on your part, while others are available to romance or have their own intriguing and memorable side-storylines reminiscent of Dragon Age: Origins. As you explore Thedas extensively, the complexity of the narrative and the sheer volume of the voiced dialogues becomes apparent. This is definitely bigger than Skyrim (minus the PC version of course with NPC mods). Thedosians need the Inquisitor to help at a time such as this, and this is where the storyline breaches out and shows how creative BioWare has become in narrative details. 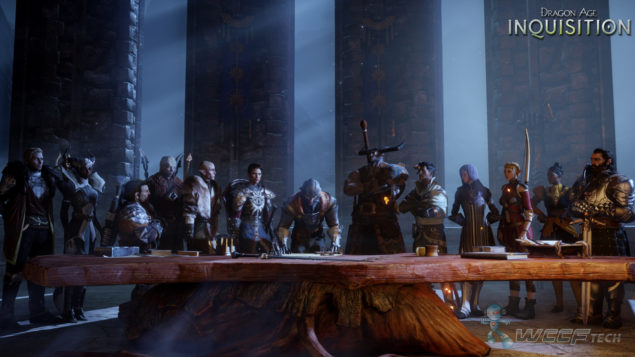 While the storyline is incredible for the most part, it has its plot foibles at times where a decent portion of the game’s side-quests end up becoming fetch-like. The plot at these times becomes a bit less important in meaning and fluctuates from great quests to some poorly made ones in general.

Putting this aside, players can look forward to about 60+ hours of content for the critical path with some hours of content that are not entirely additive in a positive way to the experience but that do not negatively impact it too much either.

For a lot of the issues it has, Dragon Age: Inquisition does have a lot more good than bad. The character creation starts with selecting a gender, race (from previous franchise options of human, elf, dwarf, or Qunari), voice set of which there are two per gender, and lastly the class type (warrior, rogue, or mage) for the Inquisitor.

Dwarves cannot be mages because they live so close to the Lyrium that they have grown immune to it, thus becoming unable to use it for magical purposes. Regardless, players will find the customization options plenty as they customize their character in ways that were previously not possible. With every character, there comes an ability set for the specific class type. The rogue has stealth and long shot for being sneaky and attack from far, with the potential tactical consideration for extreme damage or the role focus of being a DPS. Mages can essentially act as controllers and limit the number of enemies with Area over Effect abilities and attack types, while the warrior becomes a tank role and makes sure that a rogue is not gaining too much attention from the enemy. Every class has three specializations, each of which not only grant further stat buffs, but also different specialized abilities which are terrific in terms of tactical prowess. 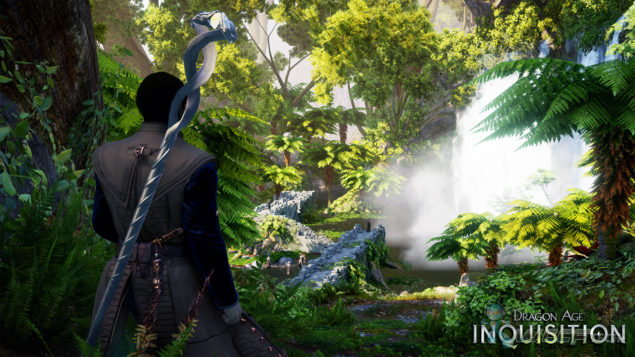 Once you pick the character you are most fond of, you will eventually see that Dragon Age: Inquisition is not technically an open-world adventure similar to The Elder Scrolls V: Skyrim. It is more relatable to Dragon Age: Origins where there are locations that are vast in their own right while still keeping a semi-linear structure in a free-roam aspect. This will naturally come as a slight disappointment to some, but I frankly thought it was okay. While open-world does feel more connected, the larger areas with its beautiful attention to detail really did not keep me from enjoying the atmosphere of every area as it changed according to the part of the plot I was in. Combat in Dragon Age: Inquisition comes with spell inventory slots and follows a structure similar to previous titles. This time lovers of real-time strategy titles will love the over-the-head combat tactical camera which adds a whole new dimension to the battlefield in order to complete quests for people who prefer different view styles. 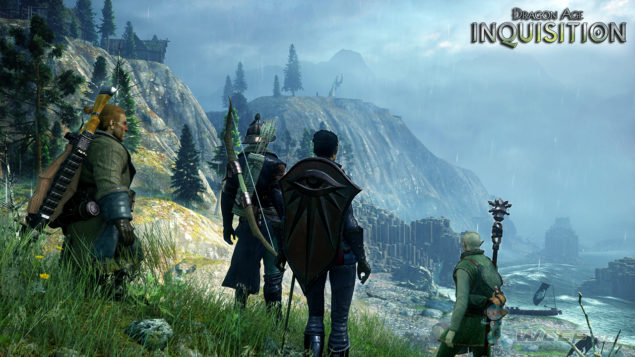 As quests are completed, the player gains XP points for themselves. Main stats go up as part of the character class, and players will also gain ability points to spend. Similar to Mass Effect titles, each character in the party levels independently, which is something entirely palpable when certain missions recommend certain levels for questing. XP does not only end there, at least not for the Inquisition.

To further increase the power of the Inquisition, the influence earned by completing quests levels up the entire Inquisition, with Inquisition ranks that award perk points. Perk points come in four categories: Secrets, Connections, Inquisition, and Forces.

Various perks all have unique benefits which impacts the entire party and some of them also come with indirect benefits that offer discounted items from merchants in towns or enhanced inventory quality of items from merchants. This concept adds to the gameplay for another element that is simple yet adds a lot of depth. The gameplay itself aside from repetitive side-quests bordering on collect 10 of these or 12 of those is generally really positive, even with the slight mistakes made. 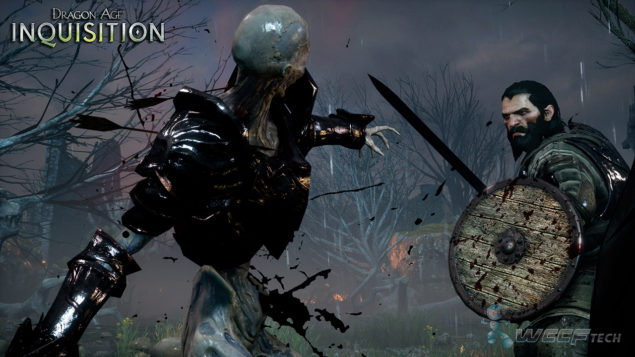 Dragon Age: Inquisition comes with something I’m not a huge fan of – the multiplayer. The dungeon-crawler Mass Effect 3 inspired multiplayer lacks real substance despite including a four player co-op mode with four types of characters from each class to choose from for a total of 12 initial characters. The objectives in these campaigns are rather straightforward and similar to a corridor style adventure that is essentially just trying to fulfill one purpose: the ability to play a mini-Dragon Age style game with your friends.

While multiplayer works in terms of a free option for people who already own Xbox Live or PlayStation Plus, the actual quality of the mode pales in comparison to something such as an online massive multiplayer online role-playing game (Star Wars: The Old Republic, etc).

Dragon Age: Inquisition certainly does not inspire you to pay for Xbox Live or the PlayStation Network just to play its bland multiplayer. Often times game developers try to please an audience too much, but due to even BioWare’s own admitted complexity of a separate multiplayer campaign only one thing remained clear – the multiplayer was an almost unnecessary addition. More focus should have instead been given to the repetitive side-quests of the single-player campaign, which were mostly plagued with fetch-quests of sorts like a weak MMORPG. 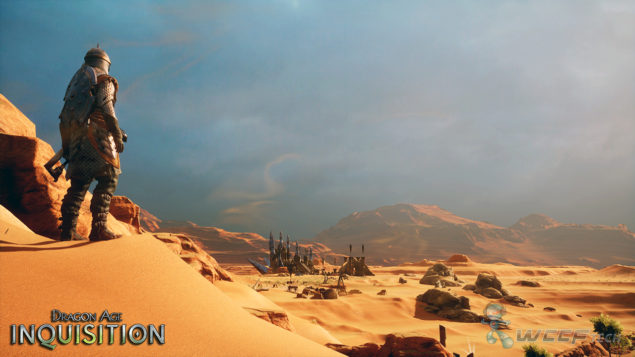