As someone that had foregone the original release on Xbox 360 nearly four years ago, the Director’s Cut of Deadlight was a surprisingly enjoyable, albeit brief, cinematic platformer. So few games explore a world that feels properly lived-in and grungy. Even without the slow shamble of the undead, there was something to this post-apocalyptic take on Seattle, Washington that felt dangerous. 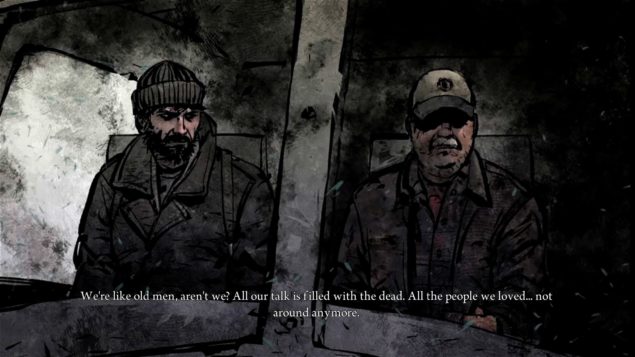 Tequila Works’ take on a late-80’s rendition of Seattle offers a world rife with the desolation that follows a zombie outbreak. Important story segments are presented in roughly drawn sketches and character portraits, giving a bit more character to the grungy city of Seattle. From the homes ransacked by scavengers and people just trying to survive, to horrific scenes of the aftermath of trying to survive a zombie apocalypse (and failing), much of Seattle feels believable in the most morbid of fashion. Some creative liberties have to be taken, as I’m sure most survivors wouldn’t spend months fashioning elaborate elevator and pulley systems beneath the city. That is, unless some eccentric engineers were looking for a hobby that combined survivability with their strongest skill set. 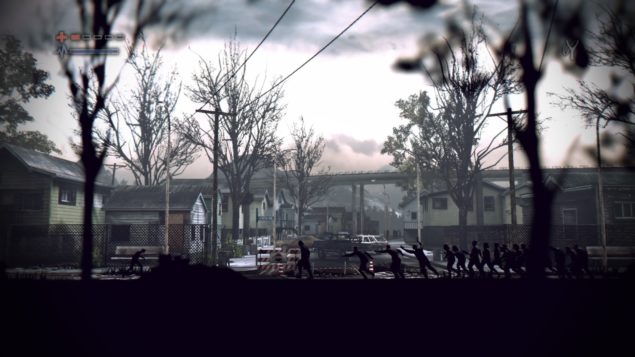 Going into Deadlight Director’s Cut for the first time, I expected a pretty standard platform running experience with lots of zombies close behind. After all, the few previews I had seen focused on groups of a few shambling undead trailing after one player character. What I didn’t expect was to enjoy a sidescroller that was equal parts platforming puzzles and equal parts survival. All too often, I would be faced with either some sort of trap that leads to my character’s immediate demise, some sort of shambling zombie horde, or a mixture of both. 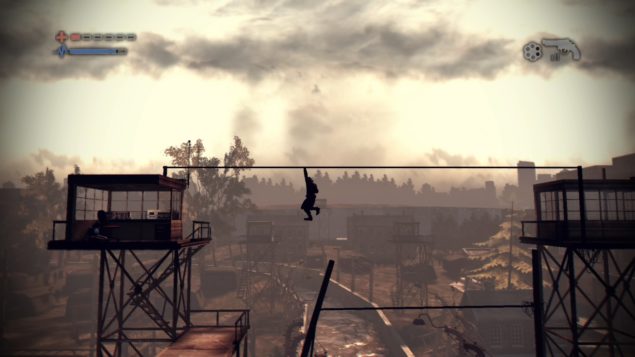 Moving through Seattle requires more than just fast feet. Randall utilizes a rough semblance of parkour to climb, mantle, and slide under objects in this side-scrolling adventure. When it all comes together, there’s a fast fluidity to running through a scene even with contending with a limited stamina meter to hold Randall back. Randall isn’t completely limited to running away from zombies to survive; his training with firearms gives him some proficiency with light arms such as revolvers and shotguns (and a slingshot that doesn’t do much besides aid in some puzzle solutions). Aiming is purely done with the right analog stick and a laser sight on whichever weapon Randall’s wielding helps to line up the perfect shot. There’s little more satisfying in Deadlight than unloading all six rounds into a group of oncoming zombies with successive headshots from his trusty revolver.

Where Deadlight struggles to thrive is in its ‘updated controls’ with the Director’s Cut. It’s sufficient to say that even these improved controls don’t really offer much enjoyment for some of the more technical sections of platforming. On more than one occasion, Randall would struggle with making a running jump onto a ledge or hanging ladder unless his dismount was pixel perfect. Trying to climb over an obstacle and shimmy to the other side frequently resulted in this awkward shuffle of my character climbing back and forth over the object or just randomly dropping off. The entire final section, with its frantic sprinting and shooting, is a mess even with the updated Director’s Cut. What should be a suspenseful climax to the game becomes a frustrating trial and error to make it through to the next checkpoint, especially with the pseudo escort mission that’s thrust upon Randall in the final act. 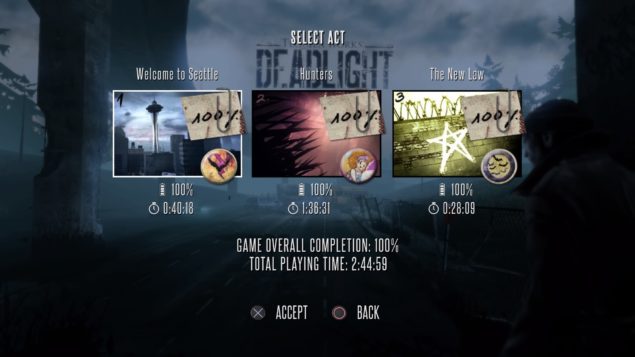 Deadlight remains largely faithful to its original release, for better or for worse. Randall’s mission to rescue his wife and daughter from a zombie-ridden Seattle suffers from some rather substantial pacing issues. A segment down in the sewers where Randall is left without his weapons and has to navigate a length of improvised traps feels as though it stretches on for far too long. After leaving the sewers, the pacing picks back up and continues at a brisk speed until the game’s climactic last scenes. The entire final segment of Deadlight, when not having to restart at the last checkpoint due to some sort of user error or poor direction, finishes off with a final revelation and encounter that provides an unsatisfactory conclusion. While a bit more time in Seattle might have made the adventure more enjoyable, by the time the credits started rolling, I felt finished with Randall’s story even if I wasn’t completely satisfied. Even with finding all of the game’s carefully hidden secrets and collectibles, I didn’t break the three-hour mark for the campaign.

Those looking for a bit more longevity in their purchase of Deadlight: Director’s Cut should be interested in the new Survival and Nightmare modes. Nightmare gives the player a single life to run through Seattle from end to end across all three acts in a sort of time attack. If the platforming would be a little bit more precise, this could be a good challenge. Given how many times I was prone to falling into a trap or moving Randall into enemy attacks when trying to evade them instead, this would be cause for throwing my controller on at least one occasion. 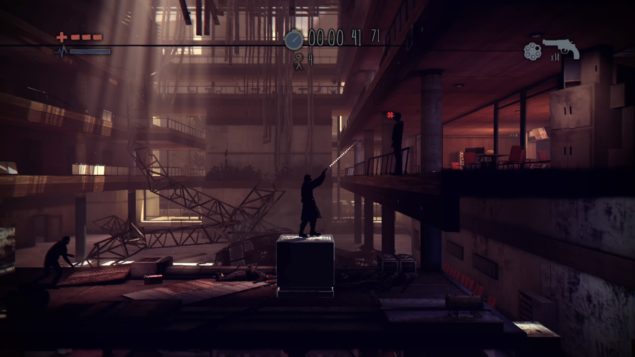 The other new addition is purely new content in the form of a Survival challenge arena. Randall’s dropped into a hospital with no way out and purely has to survive for as long as possible. Starting off with nothing, it’s up the player to run around and find the arsenal that he usually carried in the main campaign. While the main game was incredibly sparse with ammunition, caches of ammo are scattered around the various floors in some strategically difficult to defend areas. Most places where you found find a stash of pistol ammo, zombies would be prone to swarm in from at least one direction. These ammo caches tend to disappear after a while, preventing the player from camping in just one location. Finding a good rhythm of chipping away at a group of oncoming zombies, falling back to reload, grabbing a quick restock of bullets and repeating is the only way to survive for more than a minute. Even on my best run, I could barely scrape the seven minute mark but I could noticeably see my time getting better as I branched out to explore more of the hospital and take note of where the very few health kits are strewn about. 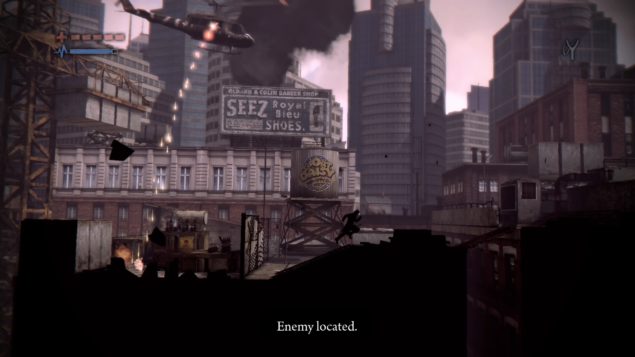 With Deadlight: Director’s Cut being my first chance to step into the shoes of Randall Wayne, I found his trek through the zombie-littered streets of Seattle to be enjoyable, although short and rife with control issues. Those making a return trip to Seattle might not get the same value unless they’re looking for an added challenge with the two new modes. Even after four years, Deadlight could still use some polish to be truly great, but what’s there in the Director's Cut is certainly the best version gamers will ever play.