Back when the original Dead Island was revealed, players expected to see a game that was slightly different from other games featuring the undead as the main drawing point. The game developed by Techland was indeed different from other games, but not always for the good reasons. The team tried to fix everything that was wrong in the original game with Dead Island: Riptide, adding some features that were definitely welcome, but the formula stayed pretty much the same, for better or worse. With the destiny of the true Dead Island sequel, Dead Island 2, still not clearly defined, publisher Deep Silver has tried to inject new life into the franchise with the Dead Island Definitive Collection, developed by Empty Clip Studios. And the publisher indeed managed to offer a competent HD remaster which vastly improves the experience while not altering it significantly.

What sets the original Dead Island apart from other zombie games is the setting, with players having to deal with a zombie apocalypse in a tropical resort called Banoi, mostly in broad daylight. The story is still  nothing to write home about, being riddled as it is with all the most used clichès of zombie stories such as survivors banding together, a big conspiracy in the works and more. But the setting definitely compensates, as it's really unusual with many exotic locales. The Definitive Collection manages to enhance the setting even more, with improved lighting and a variety of other technical enhancements that make Banoi look better than ever. Dead Island Riptide also received the same technical enhancements, so both games never looked as good as they do in the Definitive Collection.

What hasn't been touched in the remasters is the gameplay mechanics of both Dead Island and Dead Island: Riptide. In both games, players will be able to choose between different characters with different stories and specializations, with some characters being better in melee combat, others in ranged and so on. The characters' different stories don't matter much, in the end, so what truly differentiates them are their own unique skills.

Both Dead Island and Dead Island Riptide play pretty much the same, not counting some interface enhancements and a tower defense mini-game found in the second game. Both games are played from a first person perspective, with players having to explore big maps filled with locations to explore, quests to complete, items to collect and undead to kill. Both Dead Island games place a big emphasis on melee combat, with a vast arsenal of short range weapons with different properties. In true survival-horror fashion, firearms are in but are not to be relied upon due to limited ammo. Short range weapons also come with a durability stat, but players will find so many of them by roaming around that it matters very little. The crafting features also allow players to create some unique weapons with additional effect which are quite useful against the zombie horde they have to face in both games. 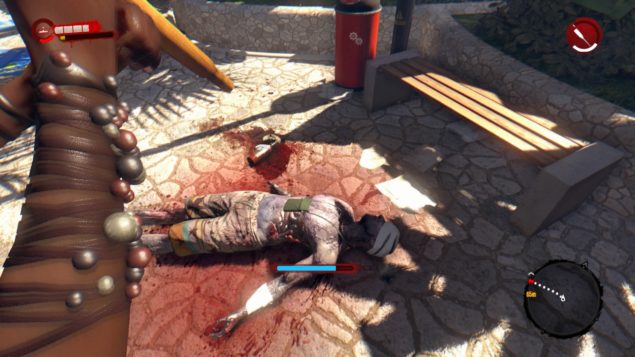 The Dead Island zombies are among the most intelligent undead we have seen in recent times. The AI is very good, with enemies tracking players for a good amount of time, and trying to overpower players as often as possible, taking advantage of their much bigger numbers. The game isn't exactly difficult, but the fact that it's so easy to get overwhelmed by a huge number of zombies forces players to keep focused at all times, and also gives them a good reason to get more involved in the whole role playing game mechanics of both games. Additionally, the game comes with co-op features, which allow players to somewhat balance the numbers, and make the whole experience even more fun.

Alongside weapons, it will be skills that will make the difference between life and death in Dead Island and Dead Island Riptide. All characters come with three different skill trees which include a variety of enhancements ranging from simple stats improvements to actual abilities, abilities that make combat quite varied and much more fun. The addition of these role playing game mechanics gives a bit of depth to an experience that probably would have been quite dull due to issues originating from the story and writing.

As already mentioned, both the Dead Island and the Dead Island Riptide stories are nothing to write home about, and this impacts the whole experience negatively. While it's true that both games feature quite a bit of content, the actual quests are really unimpressive. Main story quests do have some variety, but with characters being so uninteresting, it's difficult to become invested in them. Sub-quests, mostly fetch quests, are possibly even worse, and they get quite repetitive soon. Thankfully, the RPG mechanics and beautiful locations manage to carry the game forward even with such critical issues. 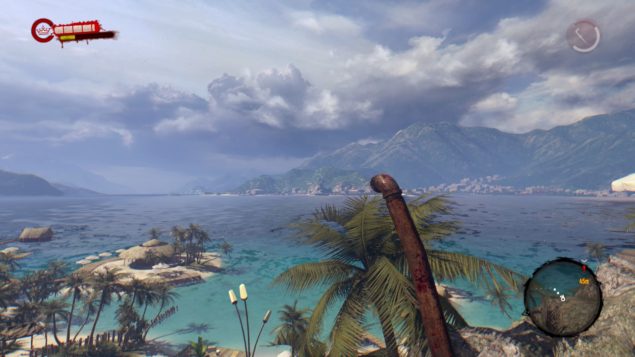 The Dead Island Definitive Collection includes a nifty bonus that most long time players will surely enjoy, the old school styled arcade game Dead Island Retro Revenge. The game is an endless runner type of game where players control a rather unusual character as he deals with the undead to save his cat Rick Furry. During the game, the main character moves ahead automatically, and players will have to change lanes to avoid obstacles, and attack the undead with regular attacks, combos, special attacks and more. Retro, Revenge is nothing more than a fun diversion, but its humorous approach balances out the stiff seriousness of the two other games included in the collection.

Dead Island Definitive Collection is a competent collection which vastly improves the two Dead Island games included, adding a third game which can be fun in short bursts. Both Dead Island and Dead Island Riptide never looked better, with a slew of technical enhancements and solid performance which makes revisiting both titles quite enjoyable. Most the gameplay issues, however, haven't been addressed, so those who couldn't stand the original releases won't change their opinions with the remastered releases. Solid games, for sure, but not for everyone.