Perhaps more famous a courtroom experience than Phoenix Wright in the modern age, Danganronpa has become a sadistic cult phenomenon that continually finds new ways to defy expectations. As the first new title to be developed specifically for the PlayStation 4 (with a portable Vita version as well), Danganronpa V3: Killing Harmony introduces a whole new cast of Ultimate students and a semester that no one will forget. 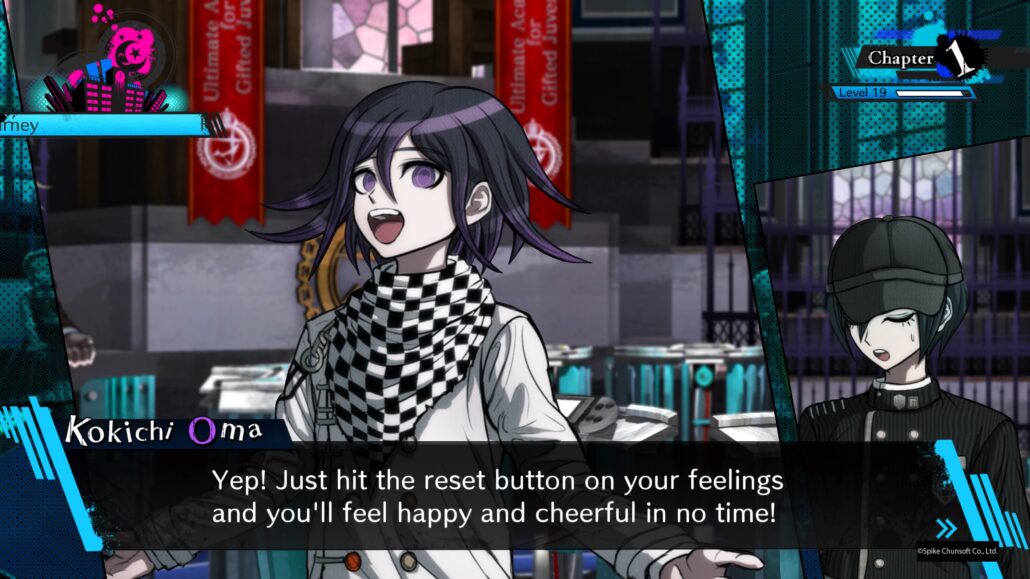 After being kidnapped and collectively suffering from a minor bout of amnesia, a new group of sixteen classmates enters their first semester at the Ultimate Academy for Gifted Juveniles. Set within a similar setting to Hope’s Academy from the prior Danganronpa titles, this new setting also marks the beginning of a whole new Danganronpa storyline that newcomers can consider as their first encounter with Monokuma, the bear-y sadistic headmaster of both academies.

Each of the sixteen academics is the masters of their respective field, or Ultimates, in one way or another. Continuing the trend of incredibly strange and diverse Ultimates that Danganronpa is known for, the cast couldn’t possibly be more diverse. Rather than playing the role of an Ultimate lucky student that got in through a lottery, players will first step into the shoes of the Ultimate Pianist, Kaede Akamatsu. Among her alumni include the Ultimate Cosplayer, Ultimate Anthropologist, and Ultimate Supreme Leader. Each excels in their own way, although their attitudes would suggest otherwise. Their friendly locker room talk is filled with crude euphemisms, terrible puns, and the occasional death threat. 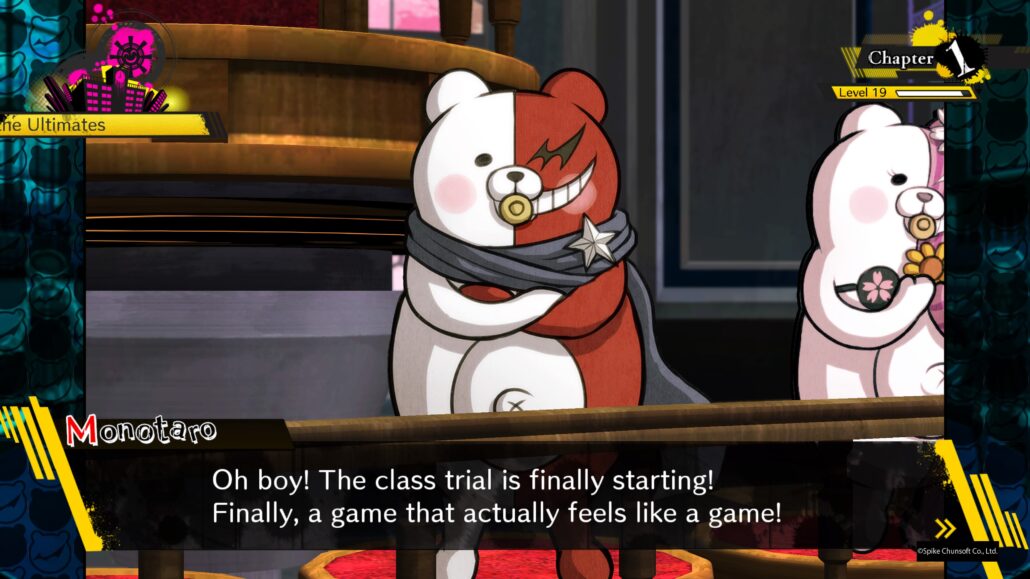 After all, these Ultimates aren’t just trying to survive a normal school year together; they’re trying to survive the Killing Game. Devised as a cruel plan to inflict as much Despair as possible amongst the Ultimate alumni, Monokuma pits all sixteen classmates against each other in a battle to the death. That bit of amnesia works in Monokuma’s favor, as each classmate only has a ‘fuzzy’ understanding of life before the academy and new motives are given each chapter to motivate everyone to conspire against their fellow classmates if they plan to break out from Monokuma’s academy. 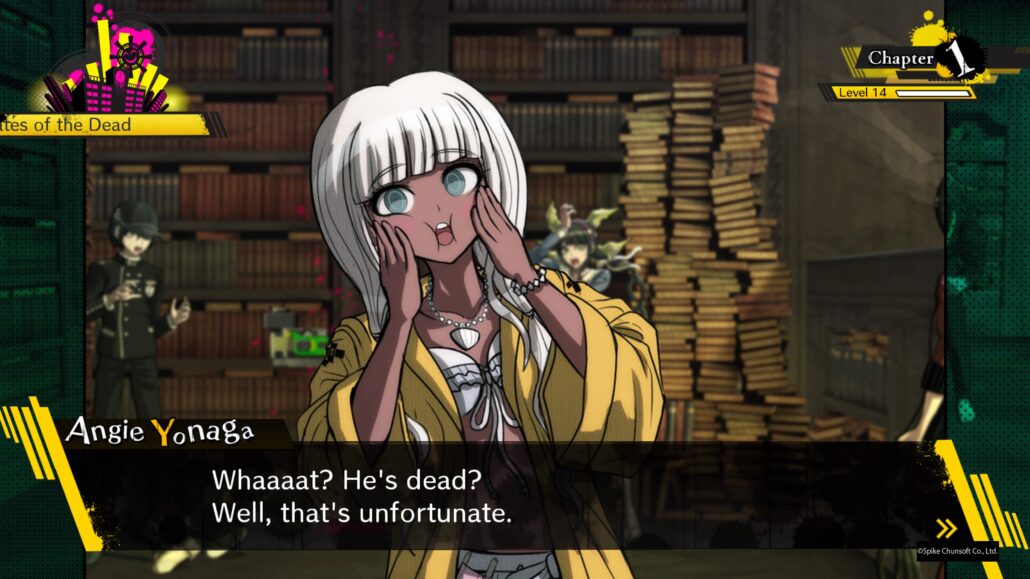 Barring a few simple school regulations, the premise of Monokuma’s Killing Game is the same in Danganronpa V3 as it was in the previous two mainline titles. In each chapter, a student is eliminated from the class roster through any available means, excluding being fed to a shark and being teleported to an alien planet (you can safely cross those two off your Modus Operandi). Once the grizzly scene is discovered by their fellow classmates, a brief period of investigation takes place to gather up clues and evidence (in the form of Truth Bullets) before the Class Trial is underway.

Danganronpa V3’s Class Trial typically operates under one of two outcomes: if the killer can deceive their fellow classmates into picking the wrong culprit, they and only they can bearly escape Monokuma’s academy and graduate into the real world. On the other hand, if the class can work together and narrow down the suspect, that Blackened student is subject to a most unbearable sentencing and the game continues anew until there’s only one student left to ‘graduate’. 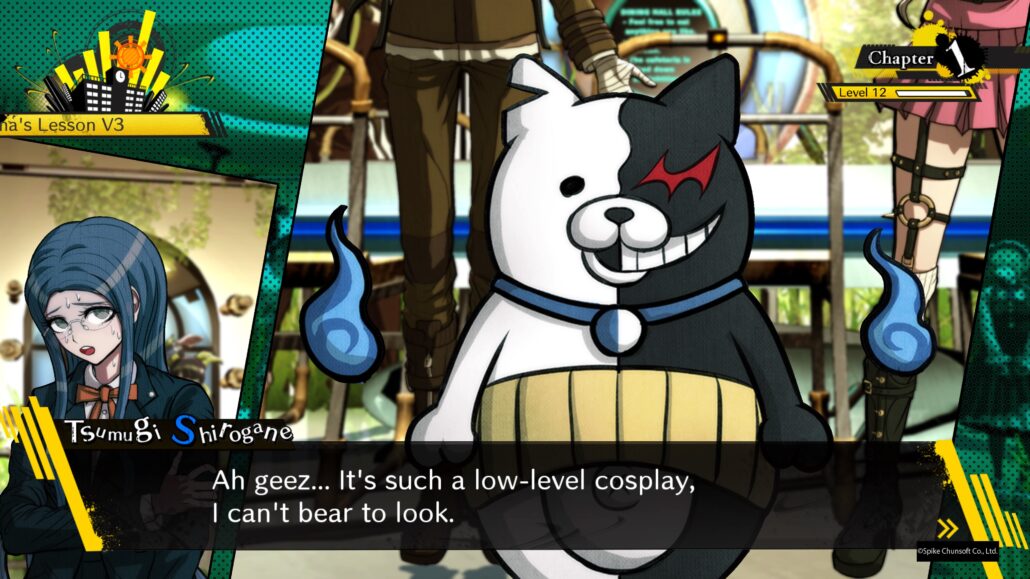 If you’re going to convince your fellow classmates about your line of thinking, you’re going to need cold, hard evidence. As most of these murders take place with no eyewitnesses present often times these objections need to be shot away with facts, in a manner of speaking. From the first case to the last, the mental gymnastics needed to decipher these bizarre murder methods might make absolutely no sense when you first come to a conclusion, but by seeking the truth and holding true to your convictions, the despair of a false outcome can always be avoided. 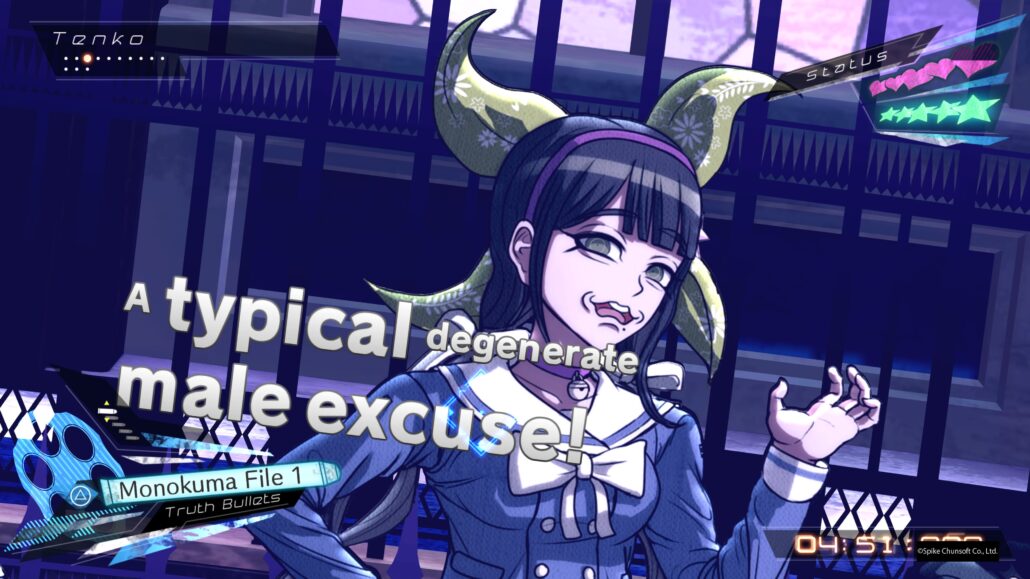 A fresh set of Ultimate students was just what Danganronpa V3: Killing Academy needed to bring new life into a series that’s seen a handful of students survive an unbearable series of Killing Games before. Nothing against Makoto Naegi, but true despair can only set in once you know that there’s no escaping from Monokuma’s claws. By bringing in a new class of Ultimates, any expectations on who will live and who will fall victim to the Killing Game might claw away any lingering hope. 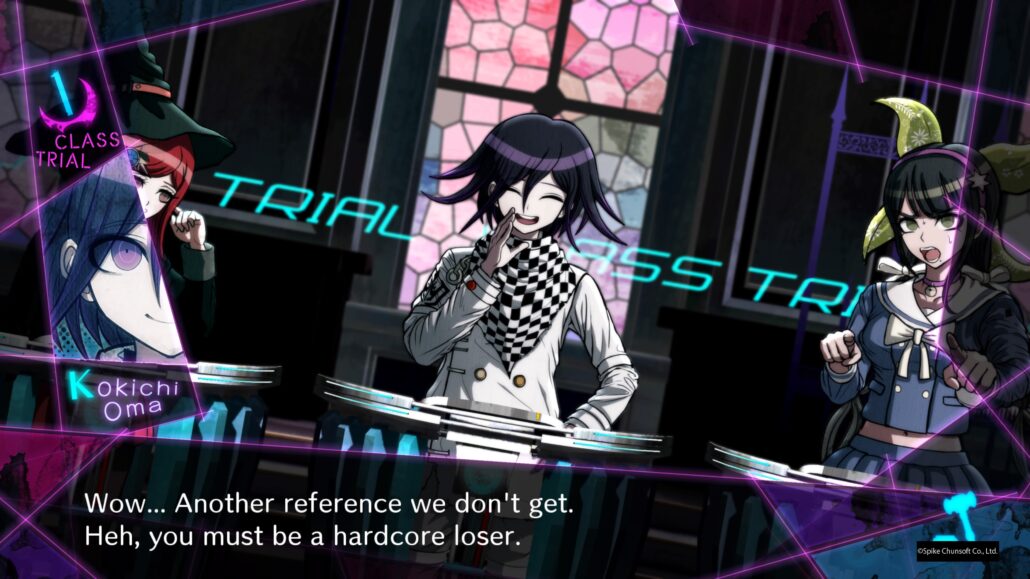 When not shooting and refuting your way through a Class Trial, Danganronpa V3 allows players to spend some free time and get to know their fellow classmates a bit more intimately through Free Time chats and the occasional bizarre minigame. While the Class Trials are the bulk of Danganronpa’s action, these side diversions continue to surprise even the most seasoned trial witness. There are casino games, side-scrolling levels, and the obligatory postgame activities that you'll just have to check out for yourself.

Whether or not you’ve seen the inside of Monokuma’s courtroom more often than jury duty summons, Danganronpa V3 starts off with a clean slate that anyone can join in and appreciate. With a new cast of characters and a series of trials that defy expectations, Killing Harmony is in a rare class of its own where no character is safe and anything can be a murder weapon. Even as someone that’s survived through both of Monokuma’s killing games and took to the streets with a weaponized megaphone, I couldn’t anticipate how much despair Monokuma wanted to inflict upon the new class of Ultimates.

A new cast, a new school year, and the same, sadistic Monokuma. All of these come together to create another unforgettable series of killing games that will have even seasoned Danganronpa veterans guessing.