Cross of the Dutchman

Cross of the Dutchman is a historical game, inspired by the true story of Frisian legend Pier Gerlofs Donia. Later known as Grutte Pier, leader of the Arumer Zwarte Hoop. They were a band of rebels and pirates fighting against the Habsburg Netherlands from 1515 to 1523. These broad strokes, with Pier being the founder of the militia, are about as far as the game gets in historical accuracy beyond mentioning that he had a seven foot sword which is, interestingly, still found on display in a city called Leeuwarden in The Netherlands, just twenty-five or so kilometers where a relative of mine lives. 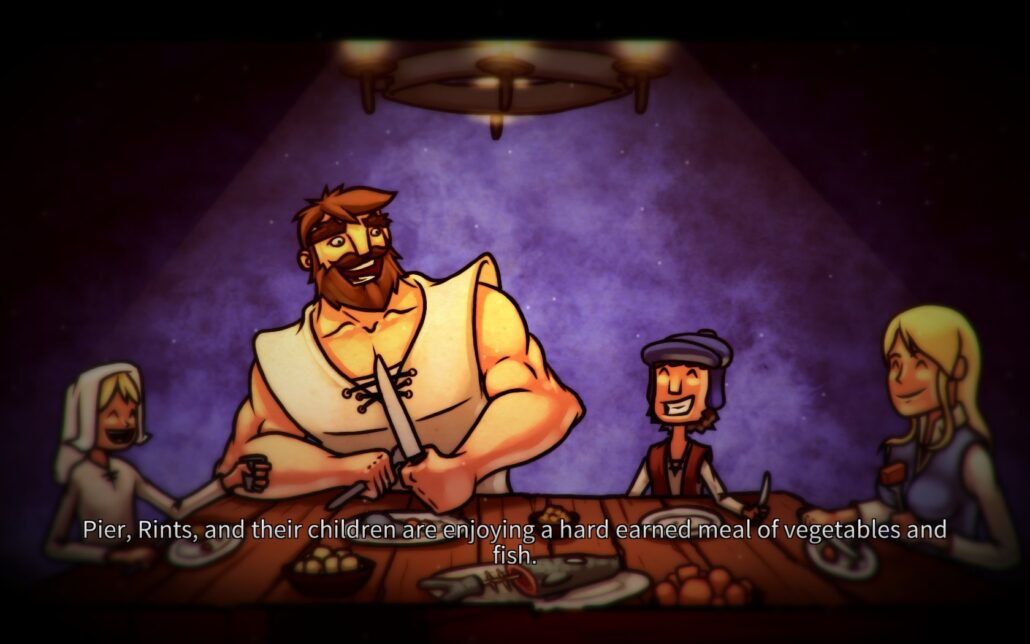 With games it's difficult to justify the line 'inspired by a true story' as inevitably the developers will want you to do the usual busywork that acts as a filler in almost every game out there. In games with their own worlds and stories, this can be written in and justified as necessary. In a story based on real events? It's hard to imagine the hero of the land having to traipse back and forth doing menial work to prove himself to the townspeople, or to smash crates and search for random treasure chests to build up the funds needed to improve his weaponry.

Historical inaccuracies aside, Cross of the Dutchman is a reasonably short story of Pier as he rises up to fend for the average person. As his success builds, people join him and the creation of his militia is shown prior to the events that spurred him into action in real life. Depicting him as somebody out there to help the local people was a reasonable choice as it gave the game missions to send Pier on, rather than just a simple story of revenge which wouldn't have been able to carry the game any real length of time. 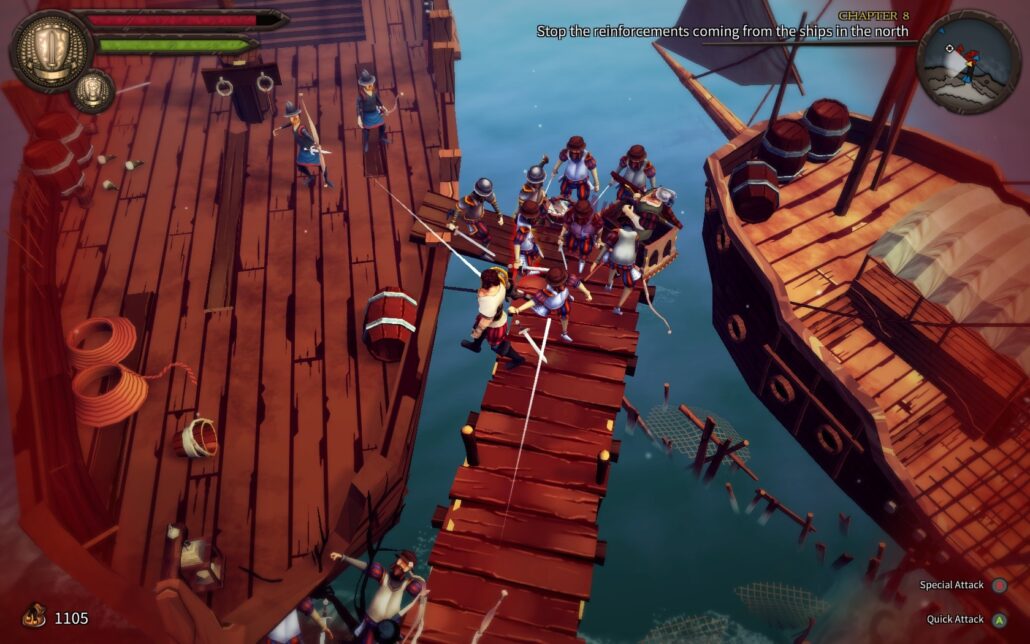 In the four and a half hours it took me to complete the game I have personally killed close to a thousand soldiers, the majority with Piers giant fists, as you're not given a weapon until quite late on. Not that using his fists against heavily armored soldiers is a detriment, as the special moves have a tendency to send them flying around like confetti. It's all quite simple really, never exactly great but never noticeably bad. Even being limited to eight special moves, four for fists and four for the sword obtained later, it never becomes too dull.

What is a huge disappointment is that out of the thousands of enemies you fight, there are only six types: Normal, veteran and officer soldiers alongside normal, veteran and officer archers. The only way to differentiate them is by their hair and armor color and that they take a few extra hits and do a little more damage. There is actually one other character you fight, the only boss fight of the game, but I don't include it because the character never dies and instantly joins you, because the fight was just a case of mistaken identity. 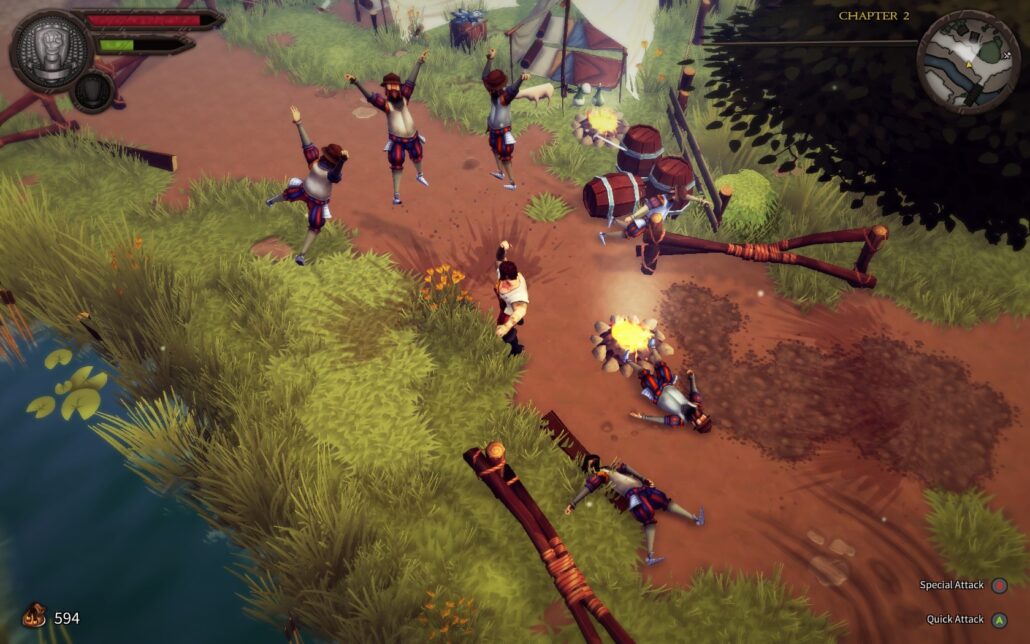 Much like the lack of character models, there's also a lack of environments to explore. Throughout the nine chapters you only visit six different areas, none of them exactly huge and sprawling. You will see two villages, a few farms and one or two other buildings surrounded by grass, a huge number of wooden barrels and boxes and a surprising number of treasure chests in the mandatory video-game collection quest. Sometimes you go to an area at night, sometimes the place has been set on fire. You'll never find yourself excited to go to a new area.

Triangle games seemed almost too aware that there wasn't a great deal of variety to be found in both gameplay and visuals. It seems that to rectify this, not that it really needed rectifying, they have tacked in a few stealth missions that simply don't fit in with the rest of the game. Pier is effectively a cross between a man and a great bear, yet instead of smashing in the skulls of a few soldiers as he has hundreds before, he decides he needs to sneak. The problem here is that the stealth system is simply terrible.

Soldiers walk around in the dark, holding lanterns, where their perception of the surroundings ends in line with the light given off by the lantern. Disregarding the sound that would be made by a man the size of Pier or that humans can actually see in the dark, the stealth system is still just a game of luck. All but one of the stealth missions are timed, often too short of a limit, and in my experience even staying out of the light will have you caught. What the stealth missions end up being are trial and error as you repeatedly run them to remember the soldiers patterns. More annoying is when one ends in the middle of the map and Pier quite literally decides that sneaking isn't worth it and decides to charge in. 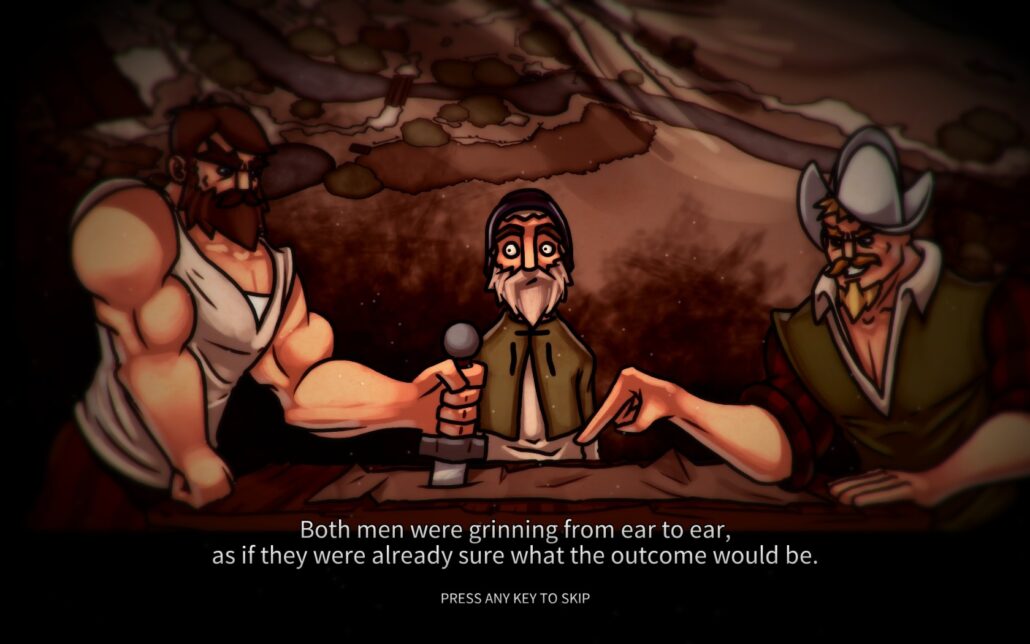 The saving grace for Cross of the Dutchman is that the aesthetic style is very colorful, so even though the areas look the same, they're never offensive to look at. The point where this really shines is in the cutscenes or the character portraits. The art style is just very unique, I can't remember ever seeing characters with such strange faces and features. It can seem so out of place at times, absolutely hilarious when a character looks abjectly terrified when the story doesn't call for it, but the uniqueness and the fact that it's so colorful makes it attractive.

In all, Cross of the Dutchman is a decent little game. It's a testament to the enjoyment of the combat that, despite the fact that there are only two enemy models and just eight special attacks, it is able to carry the game through. Even with part of the run-time taken up by treasure hunting or simply running backwards and forwards between the same areas, the game feels brief enough to not overstay its welcome.

Cross of the Dutchman is a short game, it does have a bit of padding in there, but the unusual setting and story behind it, with a reasonably entertaining combat system make it worth trying out. Cheap, cheerful and entertaining - it's worth at least having a look at it.