ClaDun Returns: This is Sengoku! Review – A Roguelike of Historical Importance

ClaDun Returns: This is Sengoku!

Rogue-likes has blown up in recent years, with the randomized trappings joining together with mechanics and settings that transcend any one genre. To date, not a single one has explored the historical Sengoku era, making the return of Classic Dungeon, or ClaDun for short, something unique for PlayStation owners. If the most recent Samurai Warriors has you craving another outing in the Warring States and want a little challenge to spice things up, ClaDun Returns: This is Sengoku! Might be just what you’re in the mood for.

The campaign that players will explore in ClaDun Returns: This is Sengoku! Is a fairly vanilla experience. An ancient evil has marked the village for death and it’s up to the player’s army of Lords and Vassals to combat this evil and release the souls of historic Japanese heroes. It’s a decent narrative hook that gets the player motivated, but roguelikes of all sorts aren’t especially known for their compelling narratives.

Partying up in ClaDun Returns is the only way that you’re going to explore the dungeons throughout Sengoku. With one playable Lord and a number of Vassals that fill out the team for increased stats, the class players choose to evolve into will affect party formations and skills, known as Magic Circles. ClaDun Returns offers a number of unlockable Japanese heroes if the creativity for custom characters doesn’t strike you, nearly sixty in all that can join your forces. With so many famous officers that can readily join your team, you could nearly consider this a history of who’s who from the Sengoku Era. If you’re feeling like an artistic savant, a full character editor allows you to create your own custom character in pixel art, even down to their equipment (as long as you can get some gear with the Edit title). 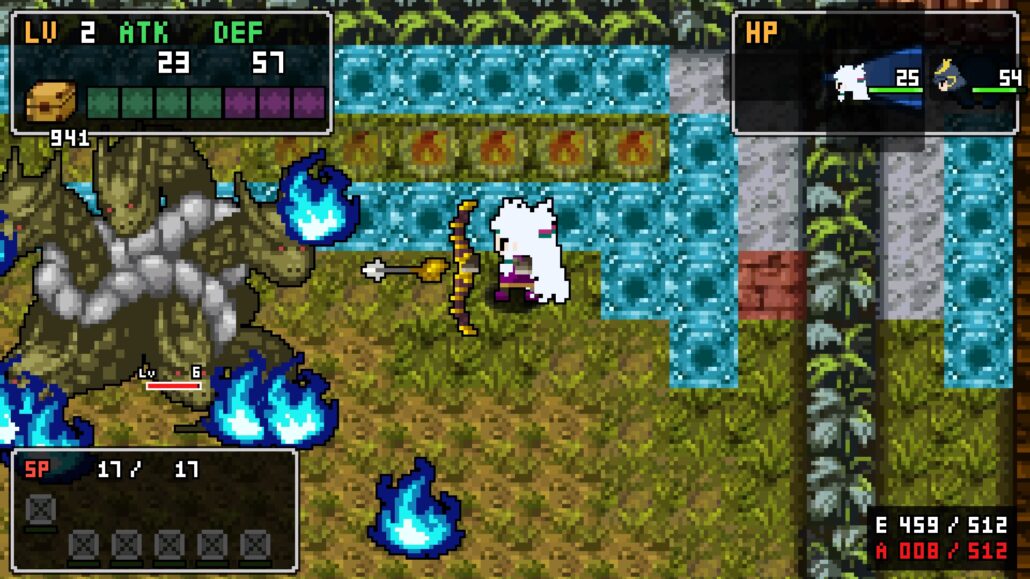 If all you’re wanting out of a ClaDun experience are the story stages, that whole experience will last around a good two dozen hours, luck dependant. Acquiring a strong weapon and equipment set will obviously cut that time down substantially, as is the case with most RPG’s with a random element. The fifty-stage main campaign (and another fifty stages of bonus EX stages) should serve as a good introduction and tutorial into the series, with new mechanics and traps being gradually introduced to the player over time. It isn’t until the final chapters that the difficulty spikes up and players may need to spend a bit of extra time grinding out for new gear in the randomized dungeons or taking on specific requests at the local quest board.

A good roguelike wouldn’t be very memorable if it didn’t cater to the type of audience that wants a challenge and ClaDun Returns certainly understands that basic principle. If you’re a social gamer and know a few friends that also plan on picking up ClaDun Returns on the Vita, there are co-op specific boss fights and even a versus mode for the competitive players. Thankfully, the co-op matches can all be enjoyed solo and were a nice source of upgraded weapons when I played though midway through the story.

Set up in a small number of different classes (NeoGeon and TriGeons, for example), these randomized dungeons give players a whole set of extra challenges that isn’t part of the main game. These 99-floor adventures start off with the monsters at level one and feature a boss encounter on set occurrences. To help challenge the player, different exit gates can augment what the player encounters in one of three ways: monster level (which helps to correspond to item level), item drop rate, and the odds that special titles will be imbued on these item drops.

Depending on which gates the player goes through, these may be boosted in different ways with while Angel Gates being the most beneficial to loot hunters. Survival is, of course, not guaranteed and even finding an exit gate to make it back to town might only appear once in a long while. Dying in one of these dungeons isn’t completely fruitless, as players can keep half of the experience and gold they’ve accumulated in that particular dungeon, at the expense of whatever loot they’ve picked up (equipped items are always safe, something rare for the roguelike genre). Pumping up the monster levels and trying to survive as long as you can is always a great way to do some leveling if the campaign ever gets too challenging.

Despite playing as one hero at a time, that doesn’t mean you’re having to go on a dungeon hunt all by yourself. Additional party members can be used in ClaDun’s Vassal System and literally be equipped to the player character (‘Lord’) to boost their stats. Every character has a typical job class, and within those classes are Magic Circles that determine what Vassals can be equipped as well as special augment slots to boost a Lord’s power in tandem. Good Magic Circles early on to focus on are ones that offer Growth Spaces, where special artifacts can be equipped that can boost what stats a Vassal gains when leveling up (Mana Up is always a good pick!). 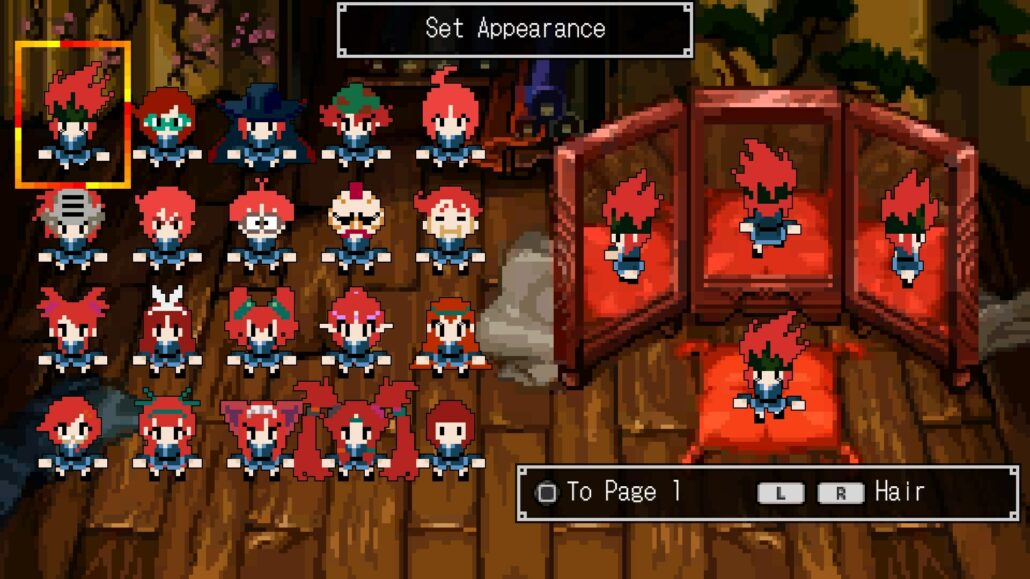 Nearly every augment that can be equipped requires the use of Mana, a special stat that only Vassals can offer up. Mana is accumulated with character levels, but requires some creative leveling to make the most out of it. As Lords level up, their HP and Mana increases at a faster rate than other stats, just as the physical stats such as Attack and Defense are raised when one serves as a Vassal. What does this mean for the player? As Lords level up, they gain stats that are beneficial to when they’re used as a Vassal; vice versa, Vassals gain stats that are most useful when they are assigned to be the playable Lord. Rotating characters around between roles is the best way to make the most of this system, and with a number of different job classes to work with, trying out new builds might help the player find a role that they wouldn’t normally consider.

The RanGeons and Arena modes each offer ninety-nine floors of random encounters to blast through, each offering their own unique challenges and loot. This is where the bulk of the time players will spend in ClaDun Returns, and chances are, much of that time will be marred with frustration. Naturally, the deeper the player delves into these dungeons, the harder the enemy encounters will become. Be prepared to face off against enemy levels in the thousands or stumble across traps that can one-shot your peripheral Vassals. On not just one, but two separate occasions, I made it to at least floor 97 of a random dungeon only to be killed, either by a giant fire-breathing dragon or a quake trap that dealt enough damage to obliterate my lone Lord.

ClaDun Returns: This is Sengoku! Is a wonderful return to the Classic Dungeon series and an experience that rogue lite fans shouldn’t miss out on. With the PlayStation Vita version having some performance issues and lacking in online multiplayer, I would recommend the Playstation 4 version unless you’re sold on the portable experience. Either way, this rogue lite should be appreciated by fans of random adventures and Sengoku history buffs alike.

Reviewed on PS Vita (code provided by the publisher). You can buy the game for PlayStation 4 via Amazon or for PC via Steam.

ClaDun Returns: This is Sengoku! should be thoroughly appreciated by fans of random adventures and Sengoku history buffs alike.