First Person Shooters may be all the rage, with a horde of fans led by Call of Duty to every console on the market. First Person Slashers, however niche, could be a surprise contender for most fun available to the masses.

Chivalry Medieval Warfare offers players the chance to not only fire upon each other, but swing a variety of blades and blunt instruments every which way. It is the same manic arcade action you might be used to in Call of Duty, Battlefront, or any of the other multiplayer lords, with a few key differences. The biggest of which, is of course, the fact that you’ll be a lot closer to your enemy than you might otherwise be with a gun.

Finally released on console, the player can witness pure lunacy as teams of a dozen collide in a variety of fantastic locations. There is no real plot, but the bare scrapping of coup fleshed out in the tutorial. But the gameplay is the winning factor of battles here, and you won’t care whose side you’re on when you’re knee in blood and there’s an axe swinging at your head.

It’s probably a good call to make sure you know which team you are on though, as friendly fire is a real issue, and very dangerous. Being outnumbered on the field is quite the scary prospect, but there’s a good chance that one or more enemies might die rushing in to kill you. 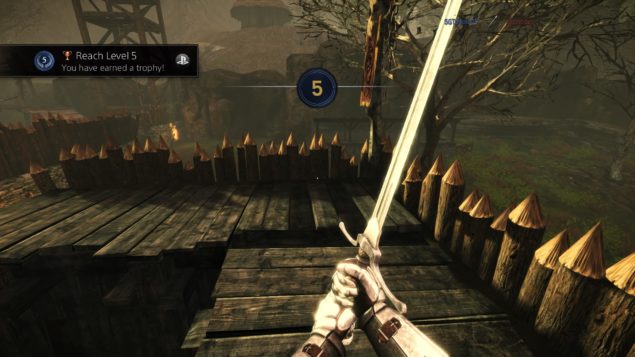 This is about as tactical as you can get on your own, but with friends you can enlist the help of all manner of strategies, some from the history books themselves. I have encountered Roman shield walls defending villages, Spartan Phalanxes, and medieval archery barrages preceding a rush of swordsman.

Communication is necessary to unleash such devastating maneuvers, although there is a simple enjoyment from playing just by yourself, and you won’t be found at a disadvantage unless you run into an organized militia.

Even in random skirmishes you will see players, yourself included, adopting a variety of basic roles based on the class of the fighter. Knights, wielding heavy armor will wade through combat, delivering brutal attacks and cutting the foes. Vanguards, carrying polearms attack from some range, picking away at distracted enemies while Man-at-Arms with their light armor act as a first strike wave.

And there is depth still in the actual controls. You aren’t provided with just the a singular attack button, but a multitude of methods to inflict limb removing damage. Overhead attacks are slow but damaging; thrusts have greater range and swings offer a greater attack radius, but will probably kill your allies as well. It’s a refreshing amount of control you’re given and makes combat actually thoughtful, rather than simply hammering attack over and over.

You’ll be surprised just how intense, challenging and varied one on one fights can become, and the face off never becomes boring. What can be a little annoying is other players inferring with your epic duels. After a solid minute of picking away at enemies while deflecting their attacks, someone wandering past and killing you or your opponent in one hit is a little unsatisfying. Paying attention to your surroundings is something else that more experienced players can use to their advantage, but for the most part, you’ll be surprised by the archer on the ridge or the knight rushing through the mud. 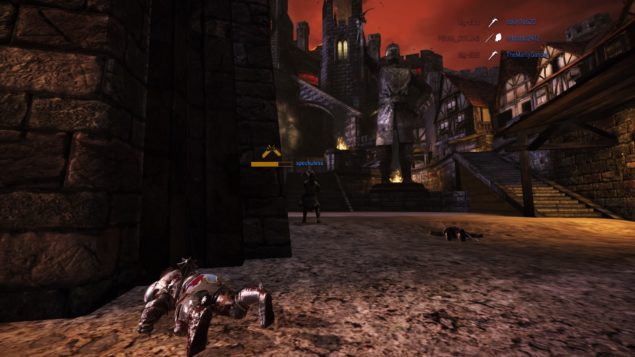 Another way that makes Chivalry stand out from the shooters it branches from, is the game mode. While you’ve got the standards of Team Deathmatch and Free-for-all, which need no introduction, you can also find objective battles. Similar to Rush in Battlefield, an attacking team will be pressed to complete an objective while the defending team attempts to stop them.

Naturally, these objectives have been properly tailored to the medieval setting. You'll go from pushing a battering ram past a rampant filled with archers to cutting down a village of filthy peasants, or good old fashioned regicide. Normally the attacking team will succeed, given that the infinite respawns allow them to push the front inch by inch. You’ll see as the map expanding into, normally a castle like structure towards the end of each mission that really makes it feel like you’re moving towards an exciting climax.

The maps themselves are very different from each other, which helps create exciting stories during gameplay. Have you ever cleaved an enemy over a river of lava? Have you ever kicked an off a looming siege tower edging towards your stronghold? Have you ever charged a shield wall in a grand throne room? I have.

There is a lot to love in Chivalry Medieval Warfare. It's an easy game to pick up and play without needing to delve into tutorials and manuals. Although there is a lot to learn, and the veterans are clearly visible on the battlefield against the less experienced they are tossing around, there’s a lot of fun in just getting stuck in. One way that players that sink in enough time into Chivalry are more noticeable other than their Sauron like presence in combat, is their equally Sauron like armor. 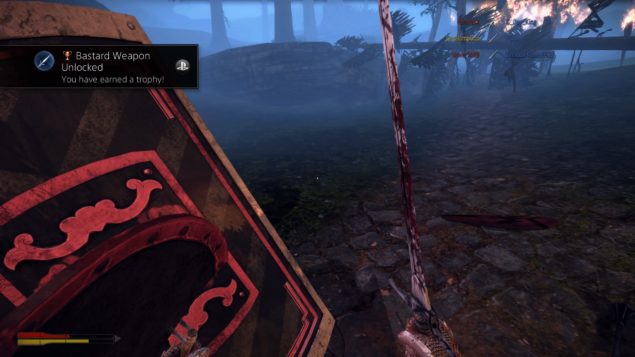 There is a surprising amount of customization with Chivalry Medieval Warfare, more than you might expect from a soldier of probably extremely low means. From the heraldry of your shield to the and weaponry you’ll carry into battle, every character, given a little free time by the player can look very unique. This has the amusing benefit of making nemesis’s all the more tantalizing. Spotting the horned, demon-esque creature that sliced off your arm last time across a crowded field offers a chance at revenge, as well as leaving a mark on your memory of those you fight against.

Lying somewhere between the video game equivalent of an Eton Mess and something altogether more specialized, Chivalry Medieval Warfare makes for an engrossing, chaotic experience. Although it doesn’t have the same twitch reactions and precision headshots as it’s shooter counterparts, it offers an interesting and fairly unique experience on console. Whether you’re attempting to hold the high ground from dangerous enemies, or charging the battlements in a surprise and daring flank, there is always some excitement to be had clashing sword and sword against a foe in Chivalry Medieval Warfare.

Its main faults are technical ones. WCCFtech reported exclusively that the PS4 version runs at 1080P@60FPS, but in reality there are some frame rate issues that drag the experience down occasionally.

This isn't even justified by the graphics, which looks dated. With the Xbox One version capped at 30FPS and both versions lacking the amazing mod support you can find on Steam, the PC version is still the one to get if you can, especially since system requirements are really low.

If you truly can't get Chivalry Medieval Warfare on PC, then the PlayStation 4 version is your best chance.