There are not enough games where you play as a cat. That’s just a fact. Has Call of Duty ever given significant E3 stage time to cat fur shaders? No. Has a cat ever accompanied Snake through the deserts of Afghanistan? No. And it’s not fair. Our feline friends deserve respect, and thank goodness developers The Gentlebros have stepped up to the plate in order to give our wonderfully skittish pals a place in the spotlight - Cat Quest is all for you, you adorable wee blighters.

In Cat Quest, you’ll travel across the land of Felingard while helping villagers, Kings, and everyone in between. The land isn’t exactly vast, the entirety being easily traversable from the beginning of the game as long as you’re prepared to take down some vicious monsters - and you’ll be doing a lot of killing monsters. They’re all over the world map, hiding in caves, lying in ambush when you’re completing a side quest - they’re everywhere, and you take them down with a nice simple action approach to the combat. 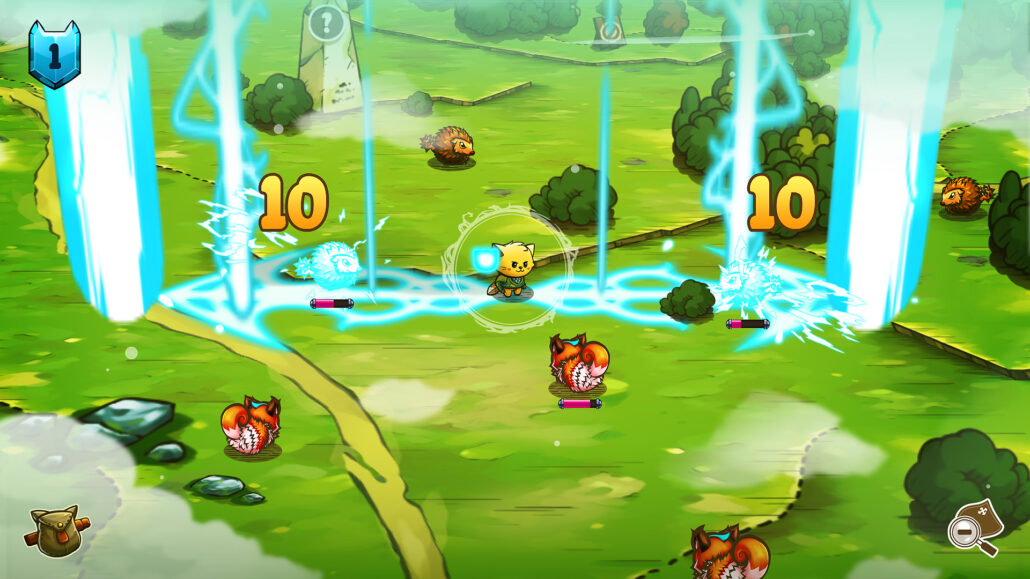 The enemy sprites will have large red warning zones for where their hitboxes will come crashing down, flat red shades for melee hits, and special intricate patterns for spells. Your cat character will have to dodge roll, Dark Souls-style, in and out of the way of danger in order to do damage with your weapon and small arsenal of spells. All of the Spells are Area of Effect type of moves, where you’ll need to get fairly close to an enemy to activate it, and you’ll regain your MP by whacking away at enemies with your weapon.

You get a surprising amount of weapons and gear in Cat Quest for a fairly short experience - sure, all of the weaponry is essentially the same melee move set, just with some different stats, but seeing your cat character slowly upgrade his equipment and improve his skills is incredibly rewarding - which is just as well, as that’s the main reward in Cat Quest. 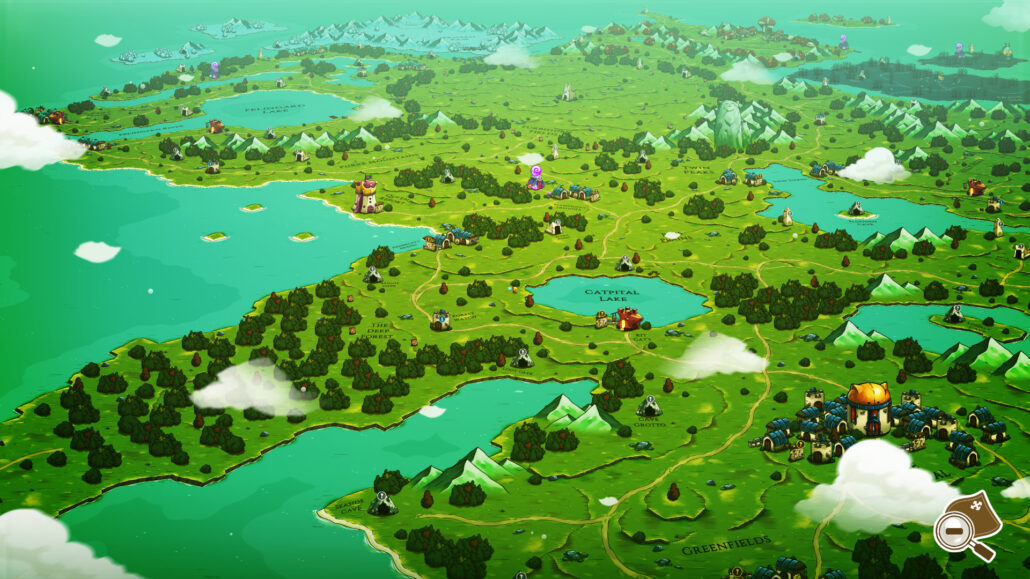 So yes, Cat Quest is about cats, but more specifically your player cat, the cute Dragonblood that must travel the land fighting the ancient dragons. Yeah, the plot is essentially a Skyrim parody, save for the fact that you’re also out here to save your sister, whom you lost at sea. But in Cat Quest, despite being an RPG, the story really doesn’t matter. You’re here for the cat puns.

“Pawsitively purrfect!” meows one cat. “You’ve gotta be kitten me!” mewls another. You’ll be hard pressed to find a single piece of dialogue in the game that doesn’t at least attempt a cat pun, and the areas are the same, Furrbidden Fields, East Pawt, and so on. Cat Quest is incredibly self-aware - when you ask the question “What kind of game is this?” the answer will be an RPG, but with cats. That’s the whole premise. But that’s fine. 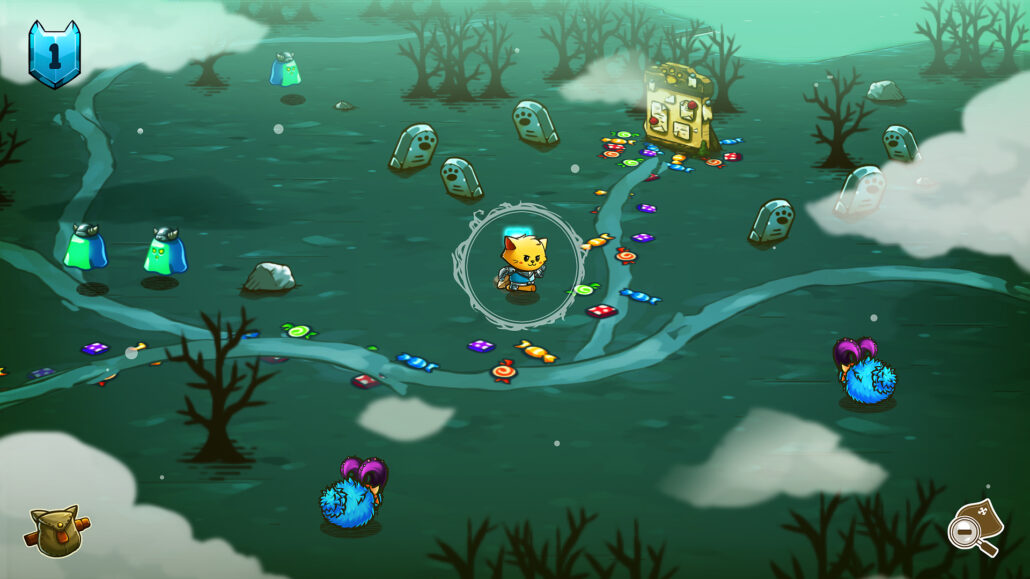 As with any premise with limited lasting power, Cat Quest has to give up the ghost eventually - but, much to its benefit, it’s over before it gets too tiresome. Cat Quest can easily be finished within a day - speedrunners will likely take this number to under half an hour pretty quickly - and it’s that brevity that really does a service to the game. Just as the cat puns are beginning to grind against the gears and the simple, repetitive combat is becoming a chore, the game ends. There’s more to be done - a variety of caves, high-level armor to be earned - but unless you’re going for 100% completion (which isn’t too difficult) the game won’t take you long at all.

So, why play Cat Quest? Honestly, going into it I wasn’t expecting much, but after just a few minutes in the game world, I couldn’t help but smile. The characters are adorable, the quests are simple, and quickly having your character raise from level 1 to level 60 in a matter of hours means the feeling of reward and progression is there throughout your (albeit short) time with the game. It’s cute. It’s simple. But it’s also a shocking amount of fun while it lasts.

Cat Quest does exactly what it says on the tin - this is a full RPG experience, condensed into a few hours of play, stuffed to the brim with adorable kitties and cat puns. If you want a short but sweet RPG with plenty of moments that will make you smile, Cat Quest can be a great choice, especially for kids.