A new Call of Duty is as sure as the wind itself. We expect one to be released in some form every year. We don’t expect much out of the campaign, but we do generally assume that the multiplayer experience will be at least somewhat similar to what it’s always been.

In a way, it's a mainstay that’s both fun and frustrating. Call of Duty has managed to occupy the extremes of our gaming preferences. We vehemently hated some releases and positively loved others. The original started a phenomenon, and is still heralded as a classic. The sequels were focused on providing a dramatic saga surrounding warfare, historic and modern, with memorable characters and some genuinely great gameplay. Over time, the focus widened considerably and the story eventually went on tangents that were far different from the more realistic direction originally established by the first. 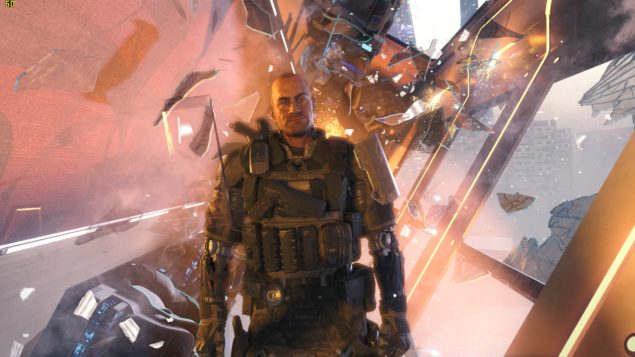 Call of Duty: Black Ops III, a diamond in the rough?

It changed. For better or worse, Call of Duty changed dramatically. As it lost focus the story became overly complicated, muddy, and it was a mess. All Call of Duty’s sell well, and they did. The underlying mechanics that made them so popular remained, and even in the most modern guise it retains the underlying elements that make a good twitch FPS. And then the multiplayer became the focus for many players, who bought the latest Call of Duty more for the friendly yet challenging online competition.

Black Ops brought the focus back to the single player overarching story, giving us a well written narrative with emotive dialogue that followed characters that you could feel for, and also had the small unit tactics that you wanted from Call of Duty 1 and 2. It was ambitious, and it paid off. Black Ops II followed on that success with a similar mandate and near perfect execution. Near perfect being the operative phrase. A player driven story and an attempt, albeit a poor one, to get people to actually think about the violence in video games and to not blindly romanticize war. It was fantastic to see the long overdue partial revitalization of the series. And we want that to continue with the namesake that is Call of Duty: Black Ops III. There is a significant amount of hope and hype riding on this game.

And the actual result, the finished and released product is something to behold, but not necessarily for the reasons you'd think.

The single player (and coop enabled) campaign is again an example in good storytelling with a massive and deeply emotional narrative. The premise shows us what possibilities could come should we rely too readily on technology to solve our problems to the point where it becomes invasive, and dangerous. Black Ops III’s story is incredible, a testament to good writing with a healthy dose of imagination. You feel proud to be part of it, and it does get you thinking about cause and effect. The ending, while not spoiled here, is food for thought; a fitting, if abrupt ending. The money they've made on previous iterations is well spent on the cast, with a plethora of AAA actors that actually do a very good job. They're convincing, and the whole cast makes for a great time. 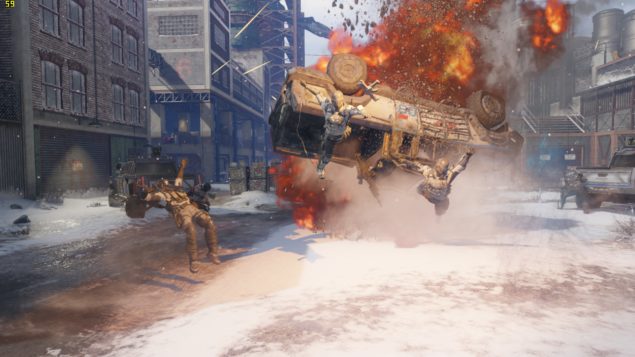 But the question that is on everyone's mind is whether or not it's actually fun to play. The single player campaign itself is a work of art, a masterpiece woven together in ways that one wouldn't expect the Call of Duty franchise. It focuses the story on the subtle nuances that we sometimes take for granted. This might be the work of the great motion capture and very good character models in addition to the acting present from these AAA actors.

Call of Duty: Black Ops III presents us a possible future where deep learning and deep neural networks and cybernetics are a keen part of our lives. They control the very essence of us and the writers here show a harrowing future in which we can potentially be completely controlled by such machines. Not a new premise by any means, but here it's presented in a way that seems so close and personal. Your character gradually undergoes some very traumatic experiences that have subsequently changed his life and his emotional attitude. There's a gradual darkening of the plot, and it all plays very well. It's very engrossing, and a very fine story that rivals any game, movie or book that I've ever experienced.

And then there's the multiplayer experience, which is mostly unchanged aside from the inclusion of a more vertical aspect. It's still just as fast paced and full of exciting action as it's ever been. It's nearly Black Ops II remastered with slightly better graphics and a faster pace at times. Matchmaking works generally well, though I've often found myself in games with those with tremendously more skill (or hacks) than I, making for a frustrating time. But that's just my inexperience with the Call of Duty multiplayer. Otherwise, it's the same as you might expect, meaning quite fun if you enjoy that type of action.

The game itself is brilliant, fun and packed with a great story. There's no contesting the fact that this brings the focus back into the wonderful ways of storytelling. It's a good game, though with flaws. The performance leaves something to be desired, as we found out recently. It requires a lot of VRAM and a lot of system RAM to operate. That and you'll be hard pressed to play on the highest settings without incurring a huge performance decrease. But besides the obvious performance issues, the crashing and bugs have been mostly fixed and it's a decidedly much better game to play. That and the story is so compelling and thoughtful. It's hard not to like it just for that.

So yes, despite what you might think, and despite the obvious performance issues, Call of Duty: Black Ops III is a great game that can be played solely for its single player campaign. Multiplayer is a love it or hate it affair, something that isn't always enjoyed by everyone. But if you enjoyed Call of Duty 4 through the modern iterations, then it'll speak to you as well. It's not exceptional by any means, but it's a compelling enough offer on the merits of the single player alone to be worth the price. Just don't expect it to play like butter as of yet.