Bound Review – The Power of Memories

Bound is one of the strangest games I’ve ever played. From the trailers you can see the awkward shape of its strange little world. Made of pointed and angular cubes, the levels form and deform around you as you weave through them. Each step that you make splits the earth beneath you, as you, the little princess explore strange events.

There was something deeply troubling beneath the surface of Bound, something that swelled in the pit of my stomach the more I played it. It was difficult to place exactly what was making me feel so uncomfortable about this game, having until others much worse than this in the past, until about half way through. 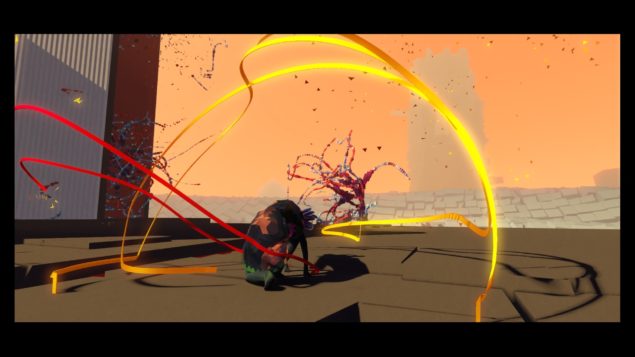 It felt unbelievably intrusive to play Bound. The entirely abstract game harbors a very personal story, and playing it feels like reading someone else’s diary. It deals with issues a lot of us face as children, as well as how we cope with and perceive them as adults. Although common enough, each person deals with these in their own, entirely unique way, and Bound gives you unbridled access to one particular individual and one particular story.

You are looking back through the childhood of a woman, and some big, and seemingly trivial events. As she explores her memories, so do you. They are broken and fractured, a strange exaggerated expression of herself, her family and home. Inside her mind you play as a princess, small and fragile, you dance and skip across the recesses of her thoughts, teasing out cryptic clues to the real world events. Traversal of this mental plain can be small and precise, or fast and varied. The princess of the tale moves like a dancer. As she runs, leaps and twirls you can see the meticulousness of each movement. Everything from the way she turns her head to the way she walks along a ledge speak of her control over herself, in direct opposition to the world around her. 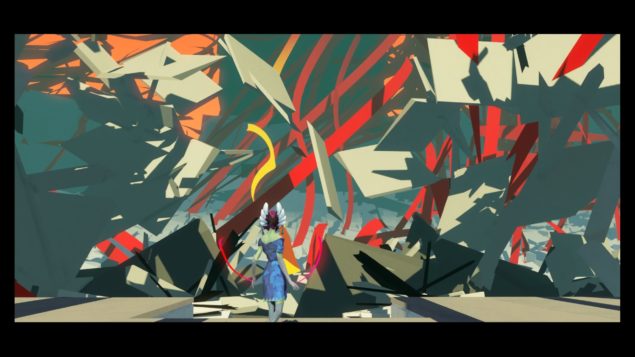 Bound is, in its purest essence, a simple platformer. You have to jump, climb, roll and explore your way through each level. Enemies come in the form of environmental hazards which have to be escaped. Strangely, the princess is rarely in danger. Falling from the world resets to a very close checkpoint, while the environment offer no lasting danger, with slowly being the punishment for each misstep.

Combating the would-be-perils is done by literally dancing. Holding down R2 has the princess swing her arms and ribbons around her creating a shield to defend herself against the imaginary enemies. It’s a strange yet absolutely fitting addition to the game, which impressively balances the tone and abstract beauty of the world.

Because Bound is a beautiful game. The unformed sea of cubes swell and ebb in hypnotic unison. The half formed structures and gravity defying edifices arrange in beautiful, enigmatic harmony. Each level is a reflection of an event, although it isn’t until the conclusion that you’ll see the whole picture. Bound will look absolutely fantastic in VR, when it gets its free VR enabled update with the release of PlayStation VR in October. 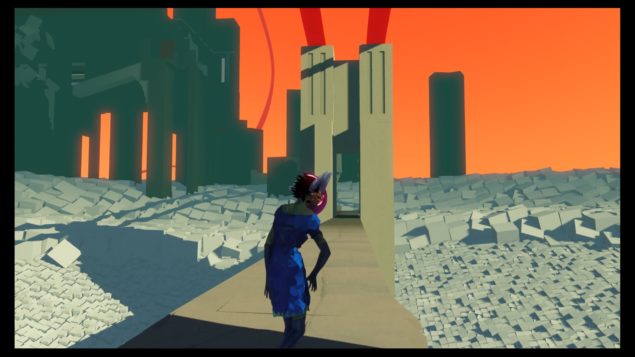 Despite its metaphoric story structure, it is evident that Bound was always built to engage speed runners. Players that enjoy navigating the emotional impact of games will certainly love Bound, but it is the speed runners that will keep coming back to it. Bound’s formless nature is not just in the level design but the entire game itself. Levels can be played in any order. This can totally affect the way players perceive the unfolding story of the game, but also the time it takes to complete it.

Once you have unlocked the speed run mode, there will be a lot of experimentation to discover the route to take out of the 120 different possible ways there are to complete the game. It also becomes more and more clear as to why the hazards of the world do little but slow you down, and why the punishment for falling is little more than starting back at the launch pad, while doing a little dance.

I’m not sure there is another game like Bound at the minute, one that can affect you on such a primal level yet still encourage you to come and compete to finish it the fastest. It is a very difficult balancing act to conform to, but with the precise, abstract moves of the dancing princess and the beautiful, mysterious world of fractured memories, Bound is best placed to try and integrate the two seemingly opposed styles.

Beautiful, compelling and strange. There isn't a reason not to try Bound, and although its heavy emotional focus might not be for everyone, its well implemented movement and speed mechanics will surely be enough to keep even the most stone-hearted player entertained.