Let's get the elephant in the room out of the way right at the start. Bombshell used to be Duke Nukem: Mass Destruction. 3D realms had licensed out the IP to Interceptor entertainment, but then 3D realms collapsed. Gearbox bought the IP, Mass Destruction was later announced and legal battles ensued.

Interceptor Entertainment, the new owners of 3D realms, have now finished and released Bombshell. Does the old school, Duke Nukem, action sensibilities work in an ARPG? Is Bombshell fun? You'll have to read on to find out. 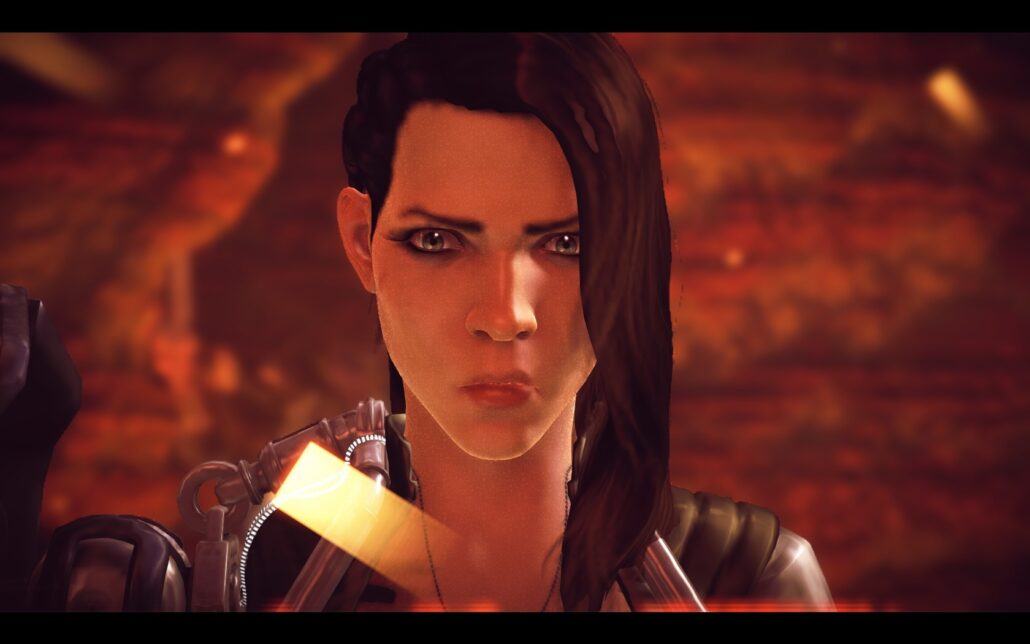 Going into bombshell, you'd be forgiven in thinking, due to its heritage, that you'll be in for a relentless onslaught of mass destruction and cheesy fun, with characters and tropes ripped straight out of the action hero handbook. Expecting explosions and alien body parts littering the floor as you mercilessly remove every single one of them from the world will sadly leave you feeling disappointed, as it did me.

This isn't to say that Bombshell doesn't feature a decent amount of explosive action, featuring a variety of weapons that Shelly's detachable metal arm turns into. From an average machine gun or minigun to a shotgun, rocket launcher or even to simply detach your arm into controllable vehicle that is otherwise controlled by an AI called Amiga, you'll have more than a few opportunities to make the aliens go boom.

Each weapon also has an alternate fire mode, consuming extra ammunition to use a special type of attack. Each weapon, with their alternate attacks, can be upgraded to do extra damage, hold more ammo and they split off into two trees, letting you choose the type of alternate fire you would prefer, often a choice between slower fire but higher damage, or rapid fire but lower damage. With some weapons you have an explosive option, which is particularly useful in a later world which requires you to keep your distance and use explosive weaponry more than you normally would.

This does offer some extent of personalization, but it is also the extent of the role-playing in this ARPG. The only other options you have are to spend ability points, gained on leveling up, to increase either one of the four special abilities Shelly is able to use or to increase one of three attributes. Health, Shield or NRG (energy) which is consumed when you use an ability. The inclusion of these elements isn't unwanted, but they are so limited that they feel like something merely tacked on to satisfy requirements. 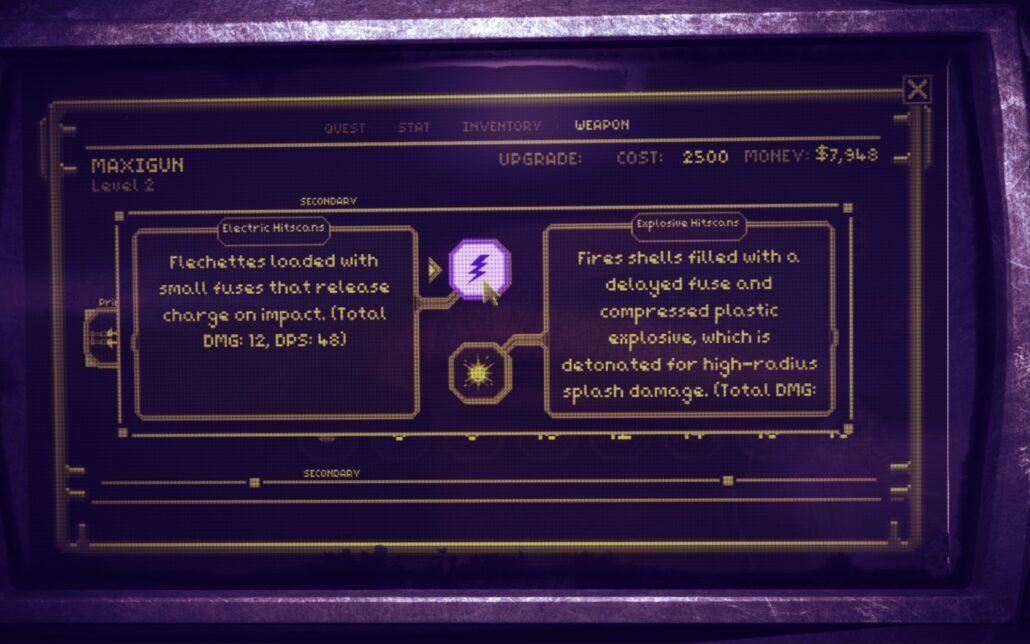 Where Bombshell does have a decent amount of variety in weapons, the same can't be said about anything else, sadly. The game features a few worlds to explore, each having a number of levels. However, while they are non-linear in design, each of the levels in any particular world begins to meld into one as the visual design never alters, made only worse as you are often made to backtrack and then the game will throw maybe four or five different enemies at you in quantities that make the battle of the Somme seem modest.

You would think, particularly so after my fond review of Helldivers, that fighting off hordes of enemies with a variety of weapons and abilities would be good. Sadly, this isn't the case here due to a few things. The aforementioned lack of variety found in the enemies is one factor, while the mundanity of the quest tasks means you have no real incentive beyond completion to get through the levels. The most egregious crime, however, is the utter stupidity of the AI, where even ranged enemies will charge at you, often getting stuck on terrain or simply falling to their death.

The AI can lead to amusing situations where an enemy will simply give up the chase after getting stuck on the scenery, be turned around and constantly fire into thin air. Possibly the most amusing thing to me was when I discovered that against the first boss, the Abomination, in its third stage you are simply able to avoid all attacks by, wait for it, standing back.  This is sadly the most laughs you'll get out of the game because everything else that is meant to be funny is so forced, or simply referential humor rather than anything original, that I found myself with my head in my hands on more than one occasion.

Possibly the best example of this is a line I heard within the first half hour, then heard more times than I cared to ever hear again, which is more than zero. The line was "Looks like I've been standing here for fifteen years. Feels like forever". This comedy gold continues through the game and sadly never really lets up. It's quite fitting that what this most reminds me of is Duke Nukem Forever, a dated game where the comedy is simply out of date, which is more than apt since Bombshell was originally designed to be Duke's sidekick in forever. 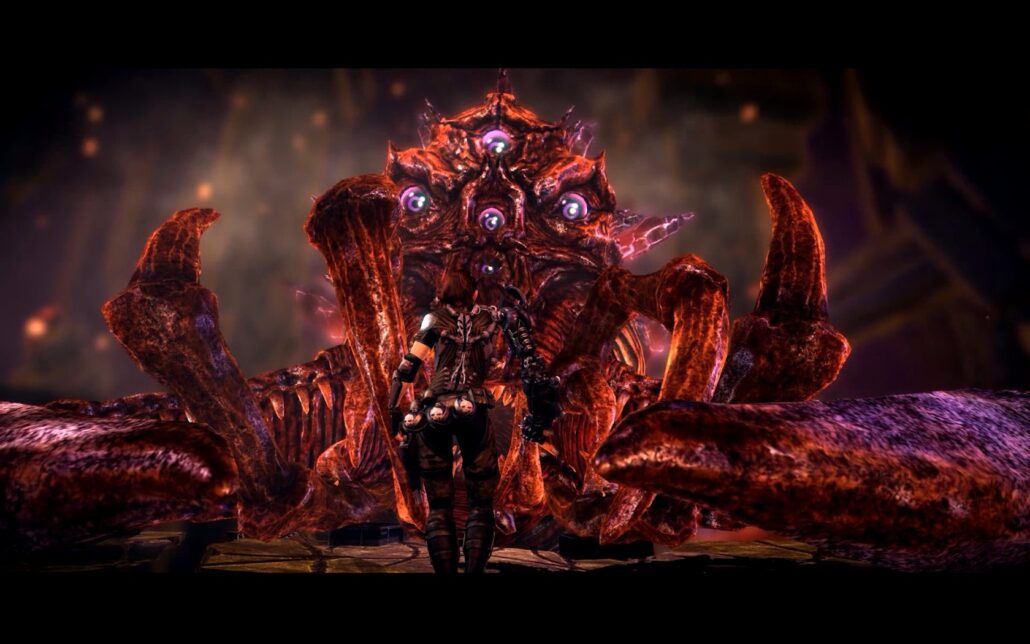 Would that the list of letdown in Bombshell be over. The design of as an old-school game has left a visual aesthetic that leaves much to be wanted. When playing in general, the isometric view doesn't leave it looking too bad, with more than decent level design and scenery. It works particularly well when the action is flowing, your grenades explode and pieces of alien are flying around, dancing alongside your bullets that are aiming straight to another enemy. This is Bombshell at its best.

However, when you're backtracking through empty lands, it's best to not pay attention to the finer details as you quickly notice that any moving scenery is set in short loops, which can be decent for larger objects, but is very jarring for smaller features such as trees. The introduction level indicates this best as a row of trees move in exactly the same way at the same time, creating a clone army of foliage.

What happens to be mixed is the interface. While it's reasonably sleek and efficient when running around shooting, keeping everything simple and visible, the character and shop menus are out of place and inefficient. They are old and clunky, sadly by design, compared to the rest being sleek and efficient. Not only that, but the menus are unresponsive at best and in close to twelve hours, I have still not been able to exit a shop without having to pause the game to force the menu to close. 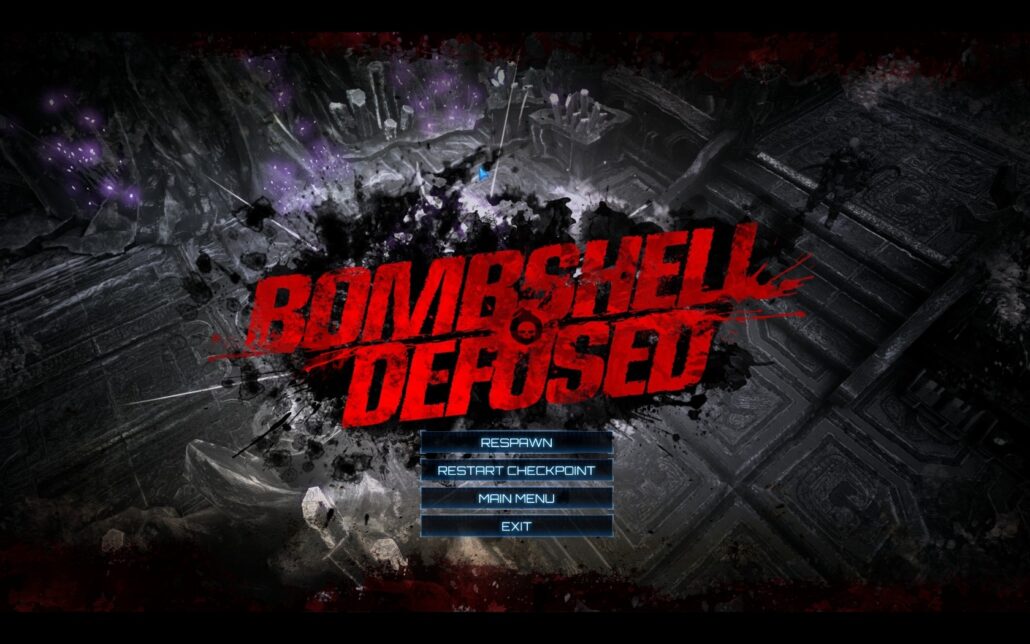 Sadly, there are few true positives I can bring out of Bombshell. The best parts of the game were the few challenge levels that were littered throughout, letting you simply kill enemies in a small arena, with a clear goal and objective in mind that wasn't a fetch quest or a task to simply walk somewhere. The only other positive is the soundtrack, which features a decent selection of heavy rock music that fits in perfectly with the action.

It's best that I answer the questions put forward at the start of this review. Does the old school action transfer across into an ARPG? Most certainly, provided the game is able to keep you interested and offer some variety, and Helldivers offers more than enough proof that it can work. Is Bombshell good? I wanted to like Bombshell, but with how repetitive it is, the bad visual design and generally how little it offers, it's hard to recommend it.

Bombshell sadly shows its origins, age and bad design choices. It feels dated on release, has too little variety and requires too much back tracking, though this doesn't mean that you can't have some fun with the action, combined with a great selection of hard rock music.