Assassin's Creed is comfortably the greatest video game movie to date. Boasting brilliantly shot fight scenes, surprisingly competent performances and a silly but enjoyable Dan Brown-style conspiracy plot, it largely manages to avoid the camp and over the top feel that plagues the genre. Yet while it’s a solid game-to-movie adaptation, the problem is, it’s still not a particularly good movie.

Things start off fairly well at least. Wasting no time in setting up the back story, Macbeth director Justin Kurzel quickly and effectively establishes the film’s premise. After opening with a glimpse into our protagonists troubled childhood, the film fast forwards to a fully grown Cal Lynch (Fassbender) being put on death row. With Cal strapped in and ready to be executed, it turns out that it’s actually his violent past that saves him. Waking up the day after his lethal injection, Cal discovers that he has been kidnapped by a mysterious organization called Abstergo. Realizing that he is from a bloodline of ancient assassins, Abstergo staged his execution so that he could help them unlock the secrets of his ancestors. Trapped in this facility and being listed as officially dead, Cal has little choice but to cooperate.

From then on, the plot struggles to keep up with its own premise. With killer Cal being sent back to 15th century Spain through a digital machine known as The Animus, he spends each day occupying the body of his ancient ancestor, Aguilar. It’s these trips to the past that make the film. With director Kurzel staging brilliant, practical-effect led action sequences, the action feels surprisingly tense and enjoyable. Impressively, the action is all clearly shot too – making the frantic and fast paced action easy to keep track of. It's nice to see a director do away with the shaky-cam nonsense that seems to have plagued the majority of action films since The Bourne Identity. Yet while it does a decent job of the what and the who, Assassin's Creed falls down when it comes to the why.

Abstergo’s Sofia (Marion Cotillard) is the main character responsible for explaining why Cal has been baducted. With the assassin’s stuck in a generation-spanning feud with the Templars, Sofia explains that if Cal goes back in time to find the Apple of Eden, he can help the company to understand the origin of violence. With the apple in the garden of Eden supposedly being responsible for the fall of man, it’s never explained how finding this through increasingly violent means is supposed to help them, or what they will do when they discover it. Top that with a script that never even attempts to explain how the Animus actually works or why Cal is able to influence the past through it and the core concept quickly becomes nonsensical. This lack of narrative cohesion is made even more baffling thanks to an end of film ‘twist’ that is so glaringly obvious that if it wasn't for the characters' on-screen shock, the audience wouldn't even register it as a revelation.

It's this sense of confusion that permiates the entire movie. Midway through being explained more about the Animus Cal stops, shakes his head and mutters "what the fuck is going on?".After watching the whole thing I can’t help but wonder if that was just the scriptwriter’s cry for help. Still, even if Assassin's Creed’s script is an utter mess, the film is still oddly compelling. Much of this is down to Fassbender’s brilliantly believable performance, lending a constantly relatable and grounded character to a movie that often veers dangerously close to just confusing itself entirely. Jeremy Irons does a fairly commendable job too, with Michael Kenneth Williams and Brendan Gleeson also doing their best to give some gravity to the script.

If you’re hoping that Assassin's Creed will be the first video game movie that helps non-gamers respect the medium, you’re going to be sorely disappointed. With the writers managing to confuse core tenants of the film’s premise and barely allowing for any characterization outside of our protagonist, what could have been a benchmark film instead becomes a fairly enjoyable exercise in frustration. Still, thanks to some masterfully scripted action scenes and some solid performances, there is some fun to be had here as long as you are willing to put up with a lot of glaring issues.

For a gaming franchise who's intricate lore has enraptured millions of players, It's a shame that its movie is the definition of thoughtless, throwaway entertainment. 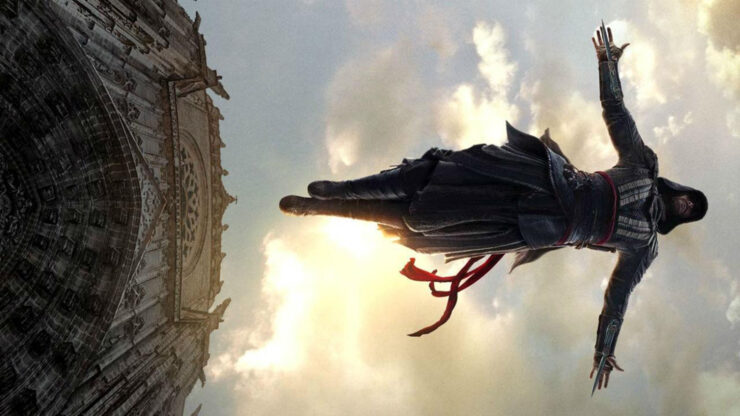 Thanks to some masterfully scripted action scenes and some solid performances, there is some fun to be had here as long as you are willing to put up with a lot of glaring issues.