When it comes to power consumption, there are a few things we should take note of. First of all, Intel has focused on efficiency for several years but as we have seen, they are starting to loose rapidly at this front. The Intel Core-X processors are based on the new 14nm processors and we know this that Intel generally has a better fabrication process compared to their rivals. AMD is also using a 14nm process from Global Foundries on their Ryzen, Ryzen Threadripper, and EPYC chips.

All Intel Core-X "Skylake-X" chips are rated at 140W. Intel states that the higher TDP not only compensates for higher stock frequencies but should also provide stable overclocking performance. The latter was true in our testing but we saw higher figures when we ran overclocking. Regardless, you can see the entire system power consumption numbers in the chart below: 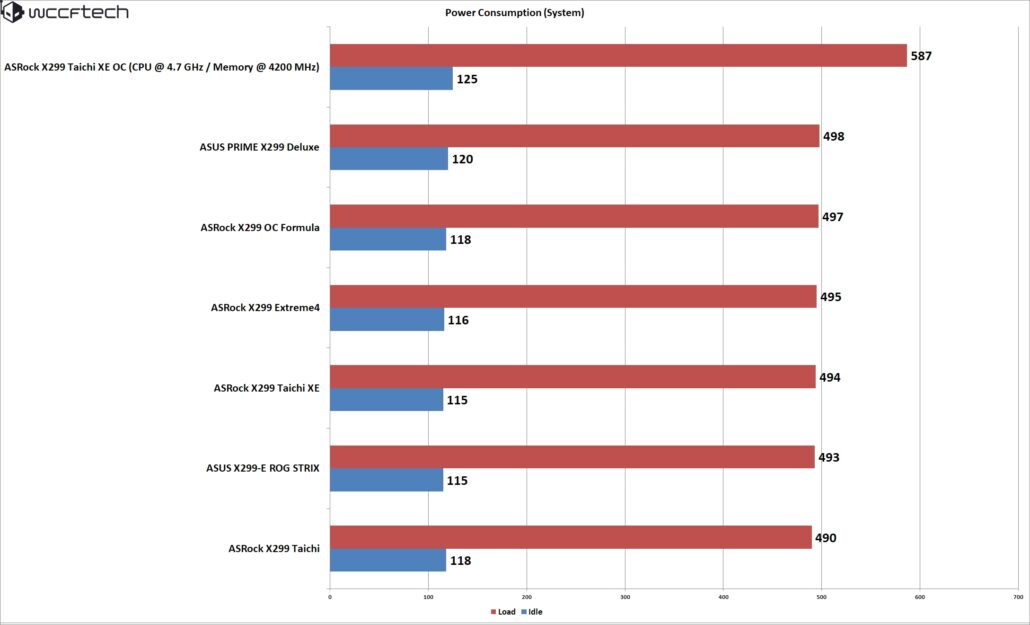