Intel faced a much negative backlash from the enthusiast community for rushing the launch of their Core-X HEDT platform. But we knew that the platform was here to stay for a while and the only thing that could be done was to gradually fix and optimize the platform for next-gen CPUs.

ASRock made their "XE" series to fix a few misses with their first iteration of X299 products. I think it is a very good product line that solves much of the issues which were criticized during the launch. And with the launch of new X299 CPUs fast approaching with models featuring up to 22 cores, the updated designs make much more sense if consumers are going to choose Intel for their next high-end desktop PC.

The design has slightly been updated on the X299 Taichi XE and in a good way. Since I have had the chance of testing the previous Taichi board too, the XE model look very similar but the differences were clear on closer inspection. First of all, the Taichi X299 XE rocks a fantastic design, if you are an RGB enthusiast, you would be a little let down with the onboard RGB features since that mostly and only covers the PCH heatsink. 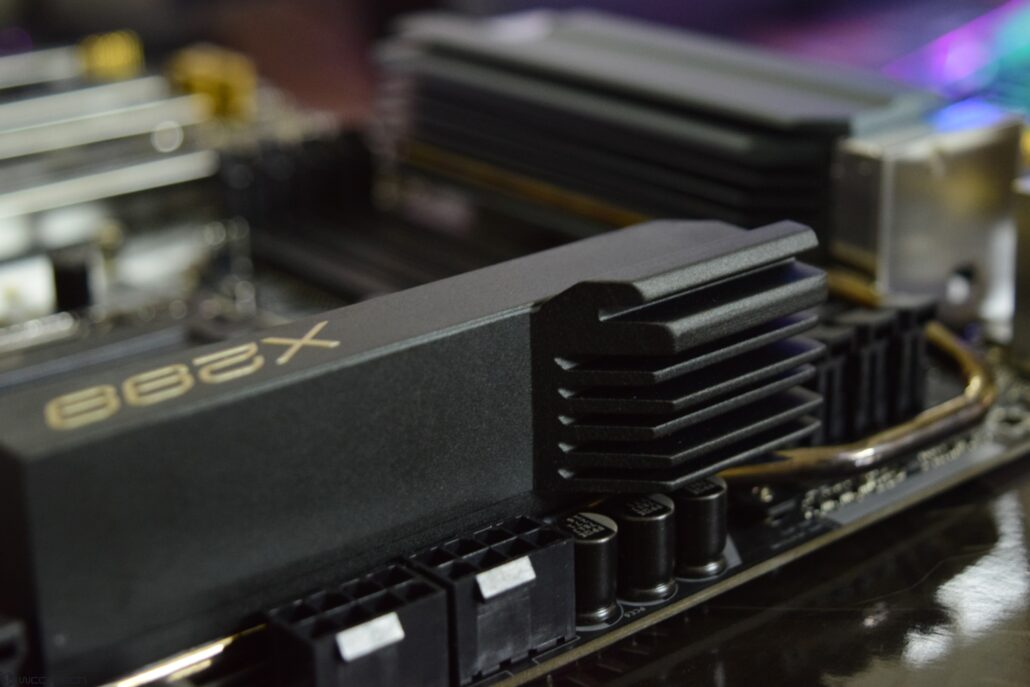 But if you are more interested in the usefulness of the design, then you should be delighted to know that this board rocks a new aluminum heatsink with a solid heat pipe solution for better cooling than the previous variant. Best of all, the motherboard doesn't break barriers and ships within an ATX form factor allowing for easy compatibility.

When it comes to the feature set, ASRock has a lot to offer at a price of $300 US. I must say that the only thing this board lacks over the much expensive Professional Gaming X299 model is the 10GbE LAN. Other than that, you get 8 SATA ports which are enough for storage heavy users, tons of USB 3.1 connectivity, and wireless capabilities. The wireless module is a very entry-level solution which kind of feels odd for a high-price motherboard but other than that, you get dual LAN ports for GbE networking. 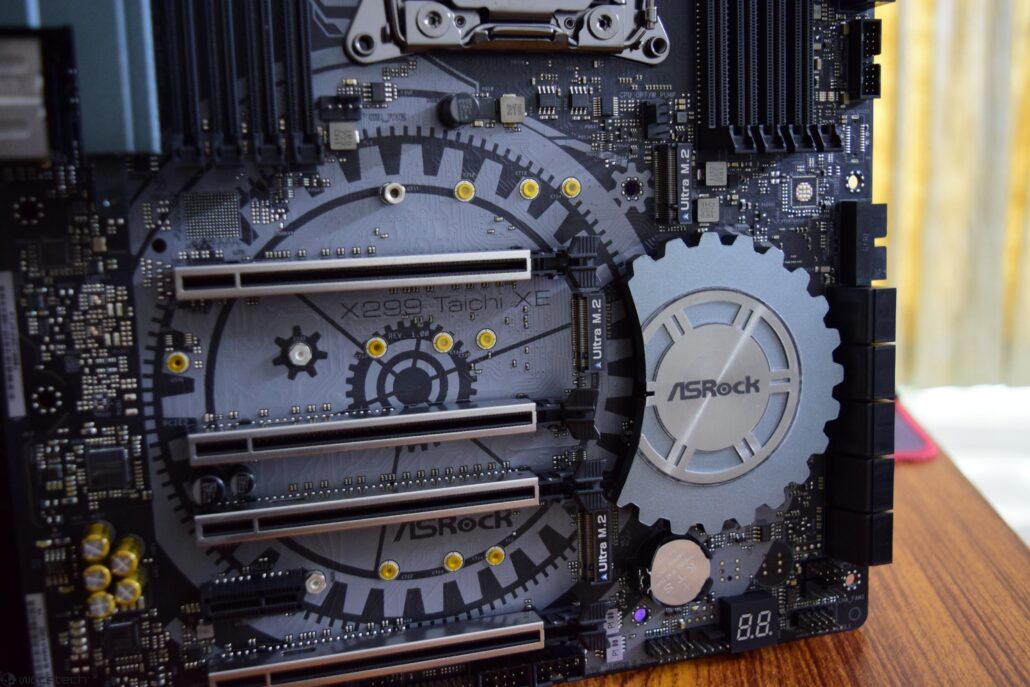 When it comes to expansion slots, the motherboard can support up to two discrete cards in full x16 mode. I tested a GeForce GTX 1080 Ti configuration on my sample board and it ran fine. There are also triple M.2 ports but the lack of heatsinks on those takes the appeal away as many new boards do come with heatsinks for M.2 storage devices.

The credit to ASRock for producing a very solid, rounded up board which performs well in terms of BIOS optimization and various hardware solutions that produce better results.

The higher VRM count does affect the overclocking performance by boosting clock speeds ahead of those that were achieved on the original X299 Taichi The Core i9-7920X ran slightly better and more stable under overclocks. 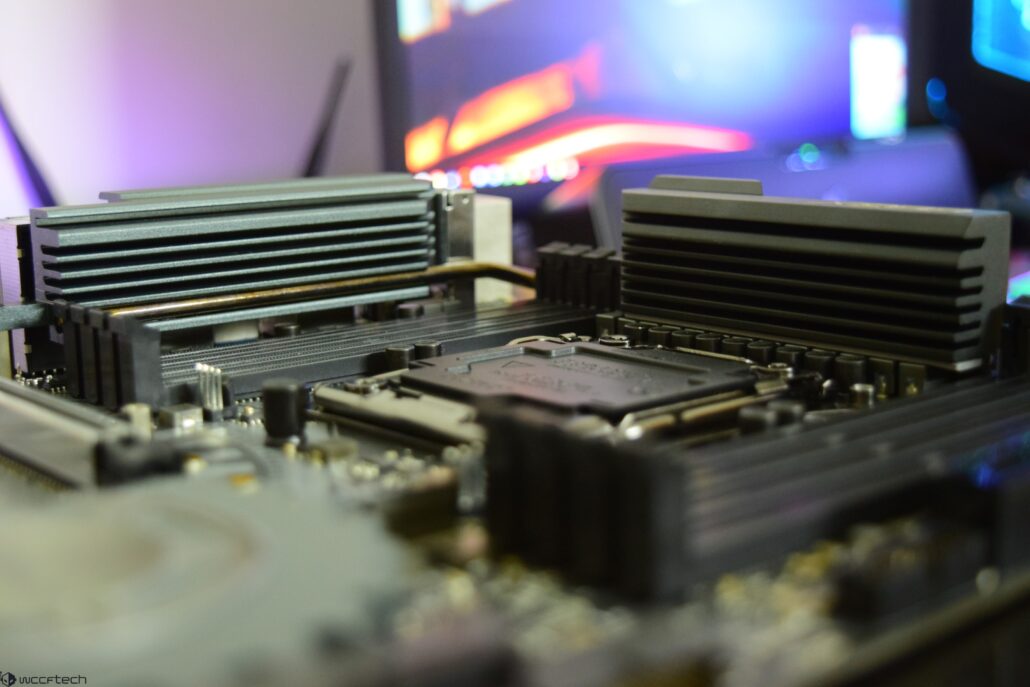 The board has a 13 phase VRM design that is supplied power through a dual 8 pin connector. It may seem fine at first but this delivers 300W of power which allows the processors to run without throttling due to power/thermal limitations. Also, it’s worth noting that the BIOS while better than other manufacturers, is still slightly sluggish and bugs appear such as the settings not being properly stored in the BIOS after saving them.

The ASRock X299 Taichi XE costs $309.99 US and is close to what to what the X299 Taichi ($289.99) was priced at. There are other options from ASRock that are cheaper in price such as the ASRock X299 Extreme 4, which is a great option at just $199 US but lacks the extra features of the X299 Taichi XE. So saying that, the Taichi XE is slightly on the higher priced segment in the crowded X299 board market, but if you're moving to a Core-X high core count processor, then it won't disappoint at all.

The ASRock X299 Taichi XE is slightly on the higher priced segment in the crowded X299 board market but if you're moving to a Core-X high core count processor, then it's great performance and impressive feature set won't disappoint at all.