Arslan: The Warriors of Legend Review

In the genre of hitting people with things, Koei is king. In terms of trampling through a battlefield, ukulele or reinforced fan in hand, you just can't beat them. Their Warriors franchise is just bloody good fun, and has ended up getting spin-off after spin-off in new and exciting ways.

Granted, you're still just running around slapping rather stupid digital people in the face with pointy things, but why change what works so well?

In the case of Arslan: The Warriors of Legend, Koei used that question as their mantra and built something instantly recognizable but still quite fresh.

It's more narrative driven than perhaps anything they've ever put out. Arslan, the titular boy king who must overcome mild peril to solve his daddy issues, must save his kingdom from an army of baddies, led by a mysterious man in a mask.

The source material - a novel and TV series which influenced the game - is actually really entertaining, and playing through is usually a pleasure. As you progress, you unlock more characters, although this is neither here nor there for the most part. Characters for each level are set for you, so your only other option really is to take your favorites into Free Mode.

In some ways this is quite cool. You get to the center of the action at all times and, occasionally, you'll change your playable depending on what's happening around you. It's a nice narrative device and helps you keep track of what's going on.

On the other hand, it means that occasionally you'll get stuck playing as a character that's less interesting or that doesn't suit your play style. It is what it is, and completionists in other Koei titles will already be used to the minor annoyance that comes with having to deal with less-than-perfect characters.

There are other little issues that make the story less than accessible. Characters are quickly introduced and then ignored for ages, meaning you forget who they are or what their intentions may be. That's not all too big a problem, but the fact that it's all in Japanese is less acceptable. 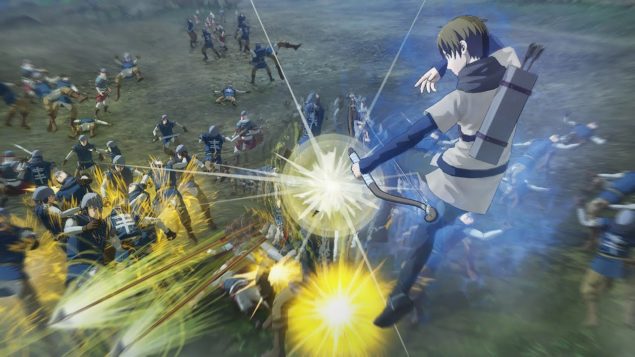 That's not because there's anything wrong with not having the English voices, but because they've done such a bad job of displaying the subtitles.

Using the Musou move - the super special attack that decimates everything and fills the screen with flashing lights - will make the subtitles disappear, but the dialogue continues. I can't count the amount of times that I've lost track of the conversation because I've actually been playing the game in the meantime.

It doesn't help that the screen real estate is so badly managed. If you're actively watching what you're doing, you're guaranteed to miss some of the dialogue. It's so poorly laid out that you end up actively ignoring it at times.

On Xbox One, when you get an achievement for finishing the level, it'll block up a significant amount of the following cutscene including, you guessed it, the subtitles. You'll catch up quickly - most of the time anyway - but you shouldn't have to. How is it that so many people could have played this game to get it to release and not a single one thought to try and solve this problem?

But it's one of a small number of annoyances. Other than that, it may just be one of the most entertaining Warriors games in years, and one of the best looking to boot.

Nobody in their right mind would suggest for a second that this is the franchise that you show off to your mates when they want to see the power the latest and greatest next-gen consoles. It's easy to make excuses about there being so much happening on screen or it usually running quite smoothly, but the fact is that these games are made on the cheap and graphics just aren't the focus.

But in the cel-shaded anime influenced style we enjoy in Arslan: The Warriors of Legend, Koei have found the answer to their problems. It's clearly still not brilliant, with landscape popping up in front of your eyes, but it's gorgeous at times. With less realism, suddenly it's quite pleasant to the eye. 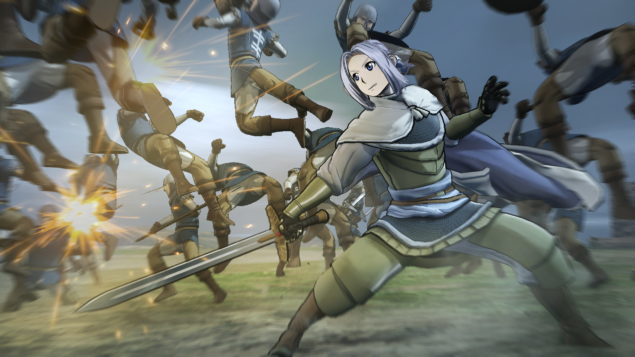 There's loads to see and the story seems to go on quite a while. Of course, that's a good thing, but there are definitely filler levels. These seem to be becoming more and more frequent in this franchise.

It's the sort of thing where there'll only be three soldiers on the entire map, and you'll need to escape from a maze or some other such nonsense. The fact is, there are more interesting gameplay styles for this sort of thing. Surely the point of Warriors is to get out on the battlefield and cause some trouble? It's definitely at its best when you're allowed to just kill as many people as possible.

There are a couple of other additions to the standard Warriors recipe that make Arslan: The Warriors of Legend stand out from its predecessors. Top of the list is the fact that each objective is now a rated challenge. Nothing really seems to come of this immediately, so those that want to take their time and ignore the goals are more than free to do so.

Why is it such a nice new feature? Because it adds a sense of urgency. I pushed forward because I wanted to get an S rank, but balancing that with the amount of kills was quite an interesting task. The odd occasional that I 'failed' with a bottom ranking didn't bother me, but when I was successful it added to the enjoyment.

There's also the occasional rally point which will see you charge across the battlefield with an army behind you. These points are entirely narrative focussed, but it's an interesting addition to the franchise. Is it something I can see working in Dynasty Warriors? Probably not, but it's easy to make an argument for context sensitive actions in what has been until relatively recently a blank hack 'n' slash battlefield.