We are going to be reviewing a rare offering this time: a bluetooth headphone by Arctic. Specifically, the Arctic P614 BT headphone. The wireless blue tooth headphone was launched today and boasts a 30 hour time limit for extended use. Arctic sent a review sample our way for testing so we are going to do just that. Before we begin a general introduction. These headphones are targeted at the high-low end or early-mid end spectrum of products and feature enhanced bluetooth and NFC one touch connectivity. One of the greatest problems with bluetooth headphones is the battery time associated with extensive listening and the P614 BT promises to solve just that. Without any further ado, here are the technical specifications:

The box box itself features a blue-white color scheme with the Arctic logo inscribed on the top. The model name 'P614 BT' is given as well. Given below are ratio-correct pictures of the box art:

The first picture shows the front cover, which contains the Bluetooth 4.0, NFC, and aptX insignia on the top right. A QR code is included as well. On the bottom we have the slogan "Premium Bluetooth Headphones for Avid Music Lovers". The second picture shows the box and the sides which feature a to-scale representation of the headphones themselves. The design is pretty minimalistic and is designed to provide great accessibility . The back side is much more detailed, filled with technical specifications for the enthusiastic audiophile and a list of features and buttons. You can see the 30 hours claim (which we will test) given at the back.

I didn't do a photoshoot of the internal box layout but it was very simplistic but elegant. With a cardboard divider separating the headphones from its meager contents. Needless to say, the box is meant to be discarded immediately after taking out the headphone, which is what you can say for pretty much every low-mid end device on the market right now.

The contents of the Arctic P614 BT are pretty standard.  The first thing you will notice is that no USB charger is included, with only the mini-usb to usb cable attached as a charging peripheral. Arctic has however, included a very nice looking and feeling protective couch for your headphones that you use for storage. Along with this is some literature about the headphones in general. 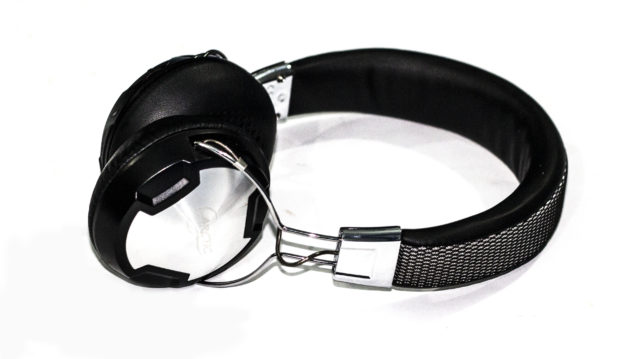 This is where things got interesting for me atleast. Right of the bat you will notice that the headphone is created with exceptional craftsmanship and the build quality is really quite high. This particular piece is not meant to be treated as a casual headset rather encroaches on the slightly serious category of audio peripherals. I feel no hesitation in saying that Arctic has most probably targeted these to laptop and ultrabook users as well, since the wire-free design and battery claims make it an ideal candidate for such a job.

The headband is covered with a perforated net that encapsulates a soft material. The size of the lobs can be extended and the joints are all metallic and not plastic. This once again adds to greater reliability. If you use your bluetooth headsets as I do then these see lots of wear and tear and plastic joints are a recipient for disaster in this case. The ear lobes themselves are also covered with perforated rubber, which means that the design is actually on the ear as opposed to around the ear. That said, the wholes in the rubber allow for superior sound pass and minimizes sound leakage as I will explain later. The Arctic brand can be seen branded on the lobes and the sides are rather prone to scratches because of their glossy nature. All in all, the headphones have a nice design and are very very solidly built.

Finally lets talk a bit about the things that actually matter for this review. There are three things that dictate a perfectly built bluetooth headphone. The first and foremost is comfort; if you cant wear a headset long enough without experiencing pain then it honestly doesn't matter how good the product is. Then comes the Sound Scape which is the primary indicator of any headphone but of secondary importance in a headset such as this. Finally, you have Battery Life which is more or less of equal importance to the former and arguably tied to each other.

Since this product is intended mostly for casual use as opposed to serious gaming or entertainment, I will be treating it as such. The best way to do this is to actually use the product for a week or so, and get intimately familiar with its details. Not only that but this is probably the best way to verify its battery claims as well. For the final battery of tests I will run different genres of Games and Music with my Siberia V2 and Dedicated Sound Card setup as reference. Once again, this is not $500 professional headphone or an audiophile grade equipment, so I will not be performing Frequency Response Testing on this.

Over the course of the week, I charged these headphones only thrice. This included extensive usage during commute for listening music as well as casual use while coupled with the laptop. I can now safely say that the headphones on  a single charge last easily for around 17 Hours + at 75% volume, which means that the 30 hour claim is very plausible indeed at lower volume. Theoretically at the 33% volume sweet spot you should be able to pull off one charge per week with moderate usage. 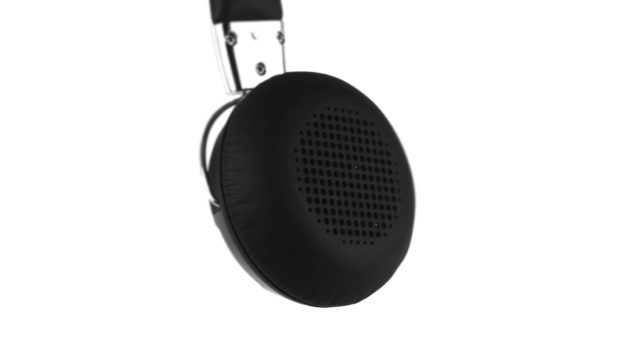 As far as the comfort is concerned the headset is surprisingly comfy to wear. This is partially because the padding is quite controlled and netted in via the, uhh, well, net. The perforated rubber surrounding the pads actually have two distinct advantages: minimal sound leakage and more friction on sweaty skin. While these are not meant to be running headphones, the major problem with wireless headsets is that during a workout, sweat makes them slip right off. This won't be a problem with the Arctic P614 BT at any rate.

Lets talk about sound leakage now. Once again, he P614 BT manages to impress. At upto 50% volume there is absolutely zero sound leakage, at upto 75% you get very minimal sound leakage but at 100% you get significant sound leakage (which is to be expected from even the highest end devices). The reason for this is once again the rubber padding which more or less makes an airtight seal for the headset and your ears. It is this same rubber, that actually has a caveat. During summer the Arctic P614 BT will become very hot to the ears after extended use. Infact, I tested this during the winters and it conveniently doubled as an ear muffler, keeping my ears cosy-warm. I can only imagine how hot it would be in the summers.

For the Sound Scape testing, I started with positional audio testing, with StarCraft II and Crysis 3. As expected, the results were pretty poor. As for the the Music results, I combined my weeks worth of experience with some selected symphonies, and bass and treble heavy songs. The result was this: The high and mids are relatively clear but the lows are pretty hollow. The soundscape is neutral tones with a tilt towards the midrange. This is a good headphone choice for the music lover but crystal clarity is not one of its strong suites.

The Arctic P614 BT are available on Amazon for the price of $43. The price might seem high at first glance considering that the cheapest bluetooth headphones are around $25 but the build quality, ruggedness and battery life more than make up for the extra bucks. If you are going on a very long journey and want a non-flimsy and non-plastic peripheral that you can rely on, then the Arctic P614 BT is the way to go. An exceptionally well made audio product with a very reasonable price tag that will be sure to impress.