The Cold War setting is probably one of the most abused settings in video game history, and it's not difficult to understand why, with two nuclear super-powers confronting one another in unconventional ways for supremacy. With a setting offering very interesting narrative possibilities, it's no wonder that Alekhine's Gun story is engaging enough. Unfortunately, it's one of the very few things that the stealth title developed by Maximum Games manages to do right. 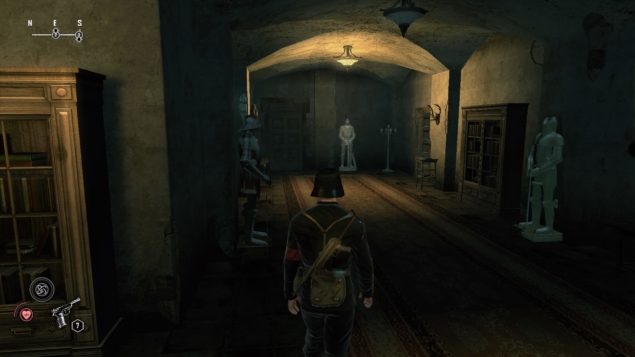 In Alekhine's Gun, players take on the role of Semyon Strogov, also known as Agent Alekhine, a KGB operative taking part in a covert operation unsanctioned by the USSR, the country he previously served. Following the rescue of CIA operative Vincent Rambaldi during World War II, Agent Alekhine will eventually find himself working with the U.S to stop an anti-government conspiracy brewing in the CIA, and trying to prevent an all-out war from breaking out.

As already mentioned, Alekhine's Gun's story is one of the game's best features, combining real historical events with conspirational undercurrents, painting a very interesting picture of the political climate during the Cold War. The way the story is presented, however, doesn't help it reach its highest potential, with pre-mission cutscenes made up of low quality images and very bad voice acting. In-game cutscenes are just as bad, with character models rendered with very little detail and stiff animations. The last-gen look of both characters and locations definitely doesn't help immersion. 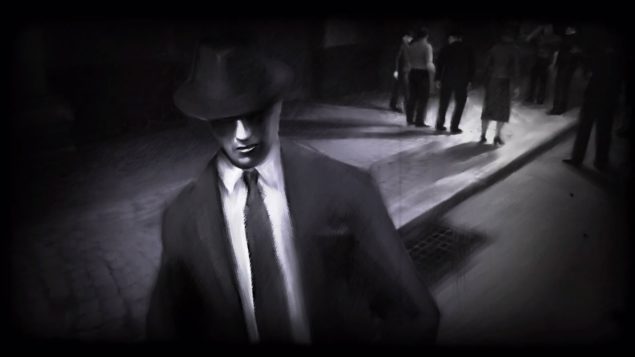 While the Alekhine's Gun's story is a good incentive to play the game, almost every other feature of the game does its best to turn players off. Right from the start, it's clear how the game required additional development time, as it lacks some essential features that have become standard in the past few years, such as a brightness slider and an inverted camera toggle. Not being able to skip cutscenes is another very annoying issue, forcing players to sit through all pre-mission cutscenes again if they forgot to save during missions, something that happens quite often due to the lack of an auto-save feature and a checkpoint system.

Unfortunately the lack of some essential features isn't the only thing that makes the whole experience feel anything but enjoyable. As soon as the first mission begins, players are greeted by huge performance issues, with the game running below 30 FPS when traversing outdoor environments or crowded indoor areas. In a game where reacting quickly is essential, the sluggish performance makes playing Alekhine's Gun a very uncomfortable experience.

It's a shame that Alekhine's Gun comes with so many issues, since there are definitely some good ideas in the game. The experience has been heavily inspired by the classic Hitman games, with players having to complete a variety of objectives set in mid-sized, sandbox styled locations. These objectives, which range from obtaining items and reaching specific locations to killing certain individuals, can be cleared with different approaches, giving players plenty of freedom. To make sneaking a more viable option, and access otherwise unavailable areas, players can take out enemies to use their uniforms. Additional mechanics, such as the lock picking mechanics, are also quite interesting and provide a welcome change of pace from all the sneaking and killing players have to do in the game's 11 locations. 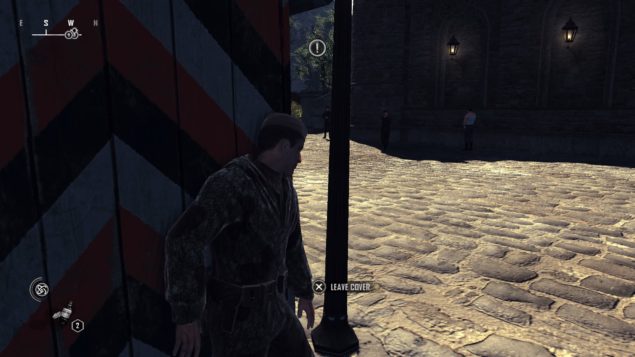 Almost all of Alekhine's Gun features and mechanics, however, fail to live up to expectations due to a sub-par execution. Even though players have apparent freedom, stealth is always the way to go in Alekhine's Gun, mostly due to how bad the gunplay mechanics are. Reading the equipped weapon always results in Agent Alekhine aiming at a point that's not the center, making reacting to enemy alerts very difficult. Taking the initiative and go in guns blazing is also a very bad idea, even at the lowest difficulty setting, as it takes only a few shots for Agent Alekhine to die.

Making Alekhine's Gun a very uncomfortable experience are also the controls. The game uses all of the Dual Shock 4 buttons in various combinations to access important features such as Instinct mode, a time limited ability which allows players to see where enemies are, changing and reading weapons and more, making the controls feel not as immediate as required. The menu system is also rather bad, requiring yet another button combination to access a vital feature such as the map. Incorporating gameplay menus with system settings would have been much, much better. 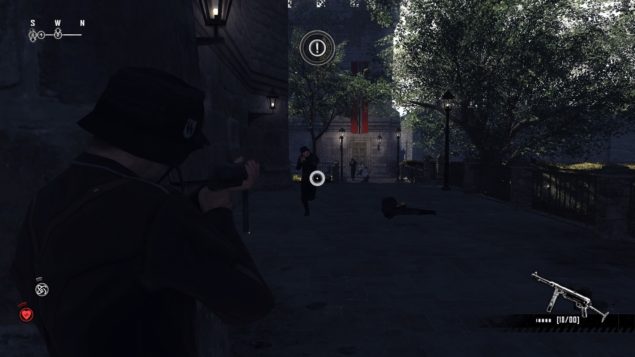 Performance issues, terrible gunplay, badly incorporated menu system, unnecessarily complicated controls, bad voice acting, last-gen graphics, lack of basic features such as an auto-save feature, make playing Alekhine's Gun feel more like a chore and the few interesting features, such as the story and some of the gameplay mechanics, are not enough to make it truly enjoyable. Mission failed, Agent Alekhine.