Adam's Venture: Origins, like this review, just sort of starts. Without any formal introduction, and without the vaguest hint of world building, you are thrown into the game, tasked with simply finding a book in a library. You are thrown almost immediately into the fray of puzzles and unnerving dialogue. 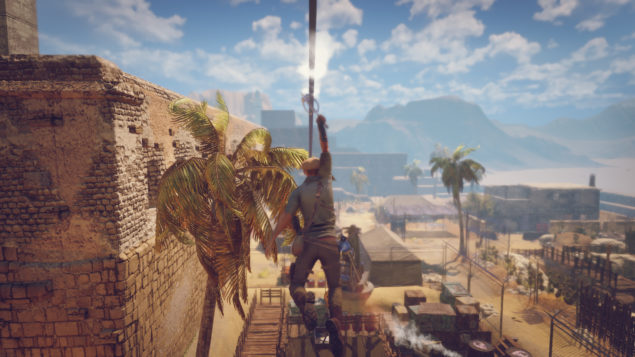 During the adventures of Ad(am)'s Venture (isn’t that clever), you will be completing a puzzle with every third step. I’m not even exaggerating, much. Getting the book at the very beginning of the game means matching portraits to open the library, solving a simple riddle to find the book and moving segments of a ladder to reach it. Adam's Venture: Origins feels almost like The Witness with more padding. The world is entirely built of puzzles and it is just a simple matter of finding and solving them.

Like The Witness, what first can appear overwhelmingly repetitive becomes more diverse than you would have expected. Where these two games diverge is that The Witness is a lot more open to the player than Adam's Venture. I am almost unashamed to admit that I became stuck several times during my worldwide tour, and had no way to proceed but bash my wits against the puzzle until something gave. In The Witness, the intelligent game design left the player able to walk away from a puzzle and return later, armed with a stronger ego and a little bit more understanding to try again.

There is an obvious reason for this difference. At best the world of The Witness is vague, while Adam's Venture: Origins follows a strong narrative structure, taking you from one location to another. It borrows very heavily from the famous adventurer of old, Indiana Jones, involving lost treasures, ancient puzzles, femme fatales and an obsessed father figure. It feels a bit familiar and quite unoriginal, as do some of the puzzles. Rather than introduce the puzzles naturally, you’ll be blocked by them right into your path, like a broken down car blocking a bridge. Luckily the puzzles are challenging enough to be enjoyed, despite their intrusion into the narrative. 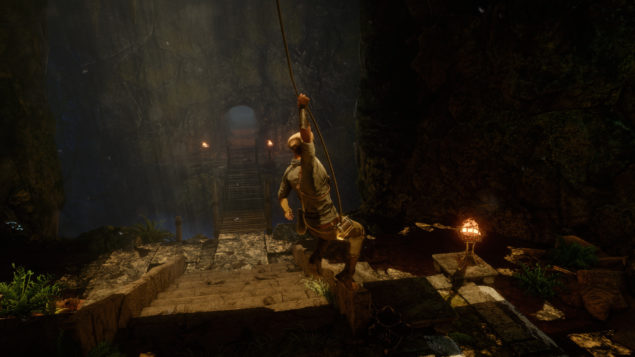 What I found more annoying is the lack of direction you receive playing the game. What can be a puzzle all in itself is trying to discover the win state for some puzzles. Referring back to the puzzle mentioned earlier, while constructing the ladder needed to reach the book. I spent several minutes staring at a completed ladder, wondering why I couldn’t climb it. It wasn’t until a deep investigation that I realized how each of the three ladder segments had a specific position. I had positioned the section that was meant to be at the top, which you could sort of tell because there were hooks at the top, at the bottom. There were no real clues hinting this, and when engaging with the puzzle the camera would pull out so you couldn’t see the necessary details.

There is a fairly constant feeling that the puzzles have more than one solution, of which only one will work. It can be annoying, but there is normally something hidden, some tiny unannounced detail that will help you narrow down the choices. Whether or not this is intentional, to try and make the player spend time memorizing every obscure detail, it is not the best feature in Adam Venture’s journey.

But despite this, despite the chunky dialogue, incessant puzzles and tedious win conditions, there is something charming about Adam Venture. Maybe it is because the game so shamelessly borrows from Indiana Jones, from period to destination, or maybe there is something genius within the slightly confused systems, but it is enjoyable in the fray. The target audience for this game feels somewhat younger than myself, which isn’t necessarily a bad thing; a lot of gamers enjoy the more child friendly antics of LEGO games and their ilk after all. Perhaps it is this that is so universally appealing, with its harmless, safe atmosphere welcoming in any mood. Even if you can’t figure out a puzzle. Although a child would probably struggle with these unassisted. With the lack of support and occasional subversive puzzle, the game will probably put off a younger player quite early on, despite its charming nature. 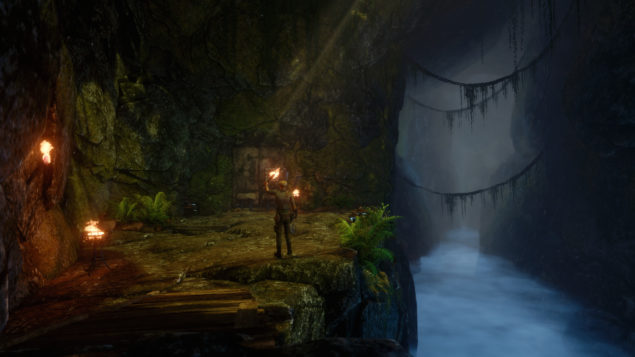 The graphics are probably part of that charm. Adam's Venture: Origins is a next generation reboot of an older title, so the graphical improvement is part and parcel with the new game. They don’t quite meet the standards of what the next generation of hardware can achieve; playing on the Xbox One I could easily see the difference between this and Quantum Break. But that adds to the charisma of the game. Although it isn’t the greatest of graphics, the studio tried really hard and that is clear in the little details that make up the game. Although the level design is painfully linear, the developers have tried extremely hard to make something look nice. Again, there's this almost nostalgic atmosphere, with warm and comforting lighting that makes you feel safe, even when Adam Venture wanders around a university with his grappling hook because he only has one costume.

Adam's Venture: Origins is a fun aside. It is a game that proves this medium is more than the sum of its parts. The adventuring isn’t as good as Uncharted, its narrative isn’t as engaging as, its puzzles aren’t as engrossing as The Witness. But even with all of this, there is something sweet about Adam Venture. Although it might not be worth the asking price just yet, this is a game can keep you occupied and happy longer than you might expect.