AMD Bulldozer's Release Date and Pricing have been leaked over at OBR's blog. The guy has detailed that AMD will be releasing the chips somewhere around September 12-23, We already reported the September 19th Release date of AMD Bulldozer Processors here.

You can check out the picture below shows that Retail AMD chips are now ready, Mass Production starts in August: 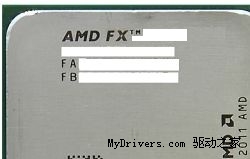