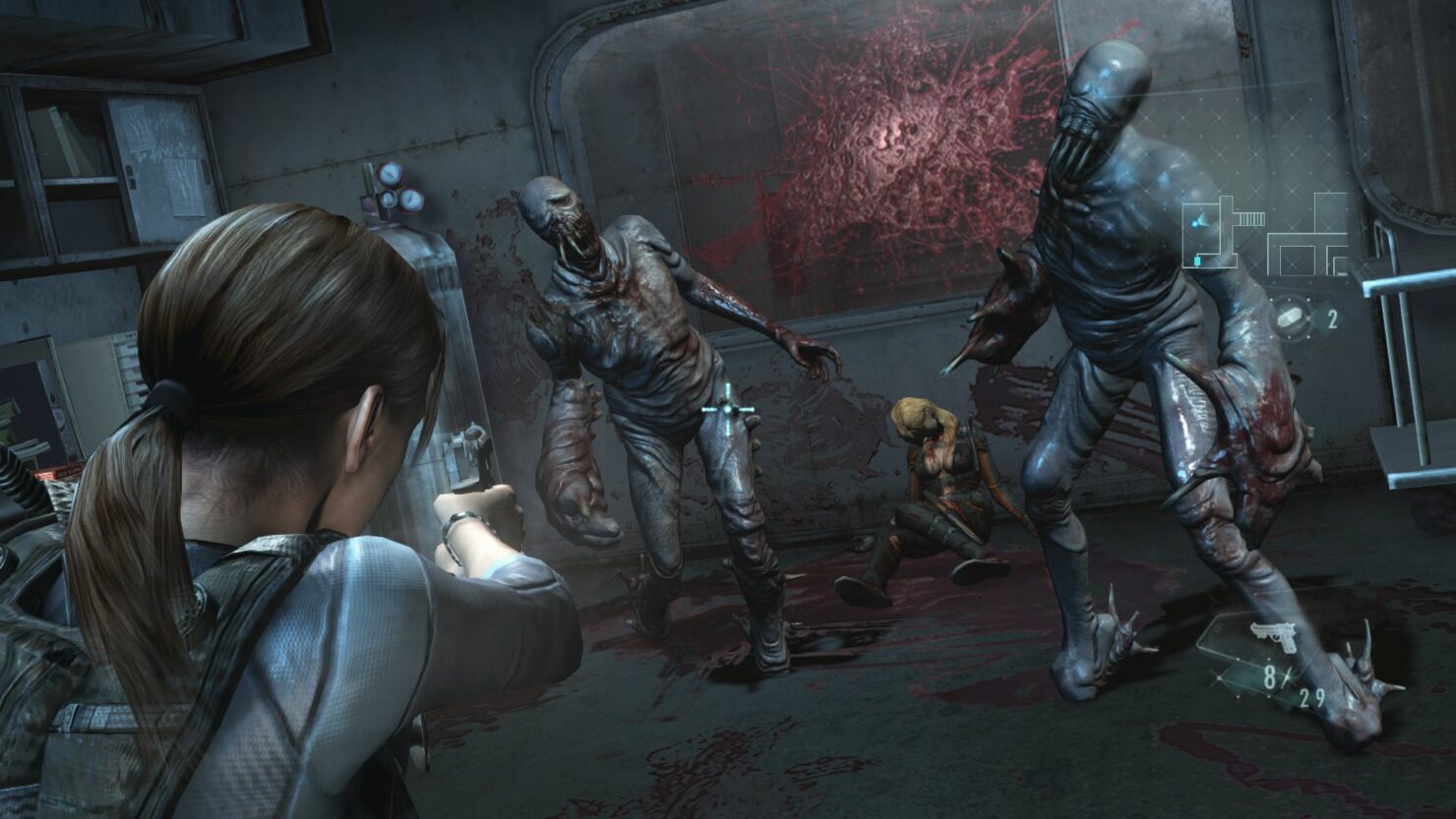 The ports of the two games, now available on PC as well as on several other consoles, will release in North America and Europe on November 28th. The two games will be available in North America separately on the eShop for the price of $19.99 each, with a retail release including a physical cartridge for the first game and a download code for the second also coming for the price of $39.99.

The Nintendo Switch versions of the two game will include all DLC packs released for both games as well as new Joy-Con control schemes which will allow players to use the right controller to aim, reload and shoot guns, and the left to break free from enemies. HD support and online Raid Mode have also been confirmed.

The original Resident Evil Revelations has been released on Nintendo 3DS first before getting ported to other systems. The game stars Jill Valentine as she searches for her long time companion Chris Redfield who has mysteriously disappeared.

Resident Evil Revelations follows branching stories of franchise favorite characters Jill Valentine and Chris Redfield. Chris has disappeared and it’s up to Jill, along with her new partner Parker Luciani, to track down his whereabouts. Their only clue leads them to an abandoned cruise ship in the Mediterranean. Far from being empty, the vessel hides danger around every corner as Jill and Parker explore the confined spaces of the ship, facing frightening horrors that emerge from the darkness.

Resident Evil Revelations 1 and 2 will launch on Nintendo Switch on November 28th in North America and Europe.