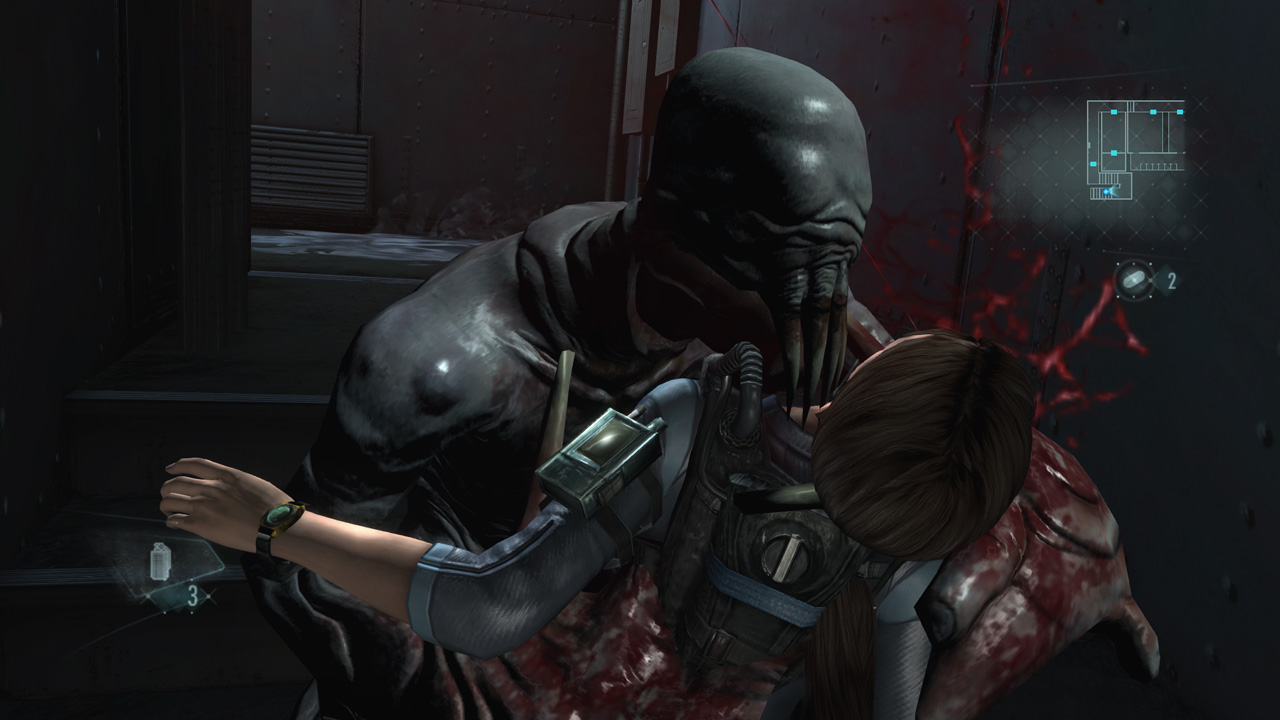 Last month, Capcom confirmed that Resident Evil Revelations and its sequel will be released in late August on PlayStation 4 and Xbox One. Today, the Japanese publisher confirmed that both games will also release on Nintendo Switch.

While the PlayStation 4 and Xbox One versions of the two games have been confirmed for an August 29th release date, the Nintendo Switch release is currently scheduled for a generic 2017 release. There's also been no mention of any additional feature taking advantage of the console's unique capabilities.

Resident Evil Revelations has originally been released on Nintendo 3DS before receiving ports for home consoles and PC. The sequel has been released episodically back in 2015.

Resident Evil Revelations follows branching stories of franchise favorite characters Jill Valentine and Chris Redfield. Chris has disappeared and it’s up to Jill, along with her new partner Parker Luciani, to track down his whereabouts. Their only clue leads them to an abandoned cruise ship in the Mediterranean. Far from being empty, the vessel hides danger around every corner as Jill and Parker explore the confined spaces of the ship, facing frightening horrors that emerge from the darkness.

For the first time in the franchise, players will venture underwater in an effort to escape the terrifying creatures roaming the ship. Full of conspiracies and plot twists, Resident Evil Revelations is told in the style of a TV drama as players work to discover the location of Chris Redfield, the source of the T-Virus, and the intentions of a mysterious terrorist organization, Veltro.

Resident Evil Revelations launches on PS4 and Xbox One later this month. The Switch release date has yet to be confirmed.