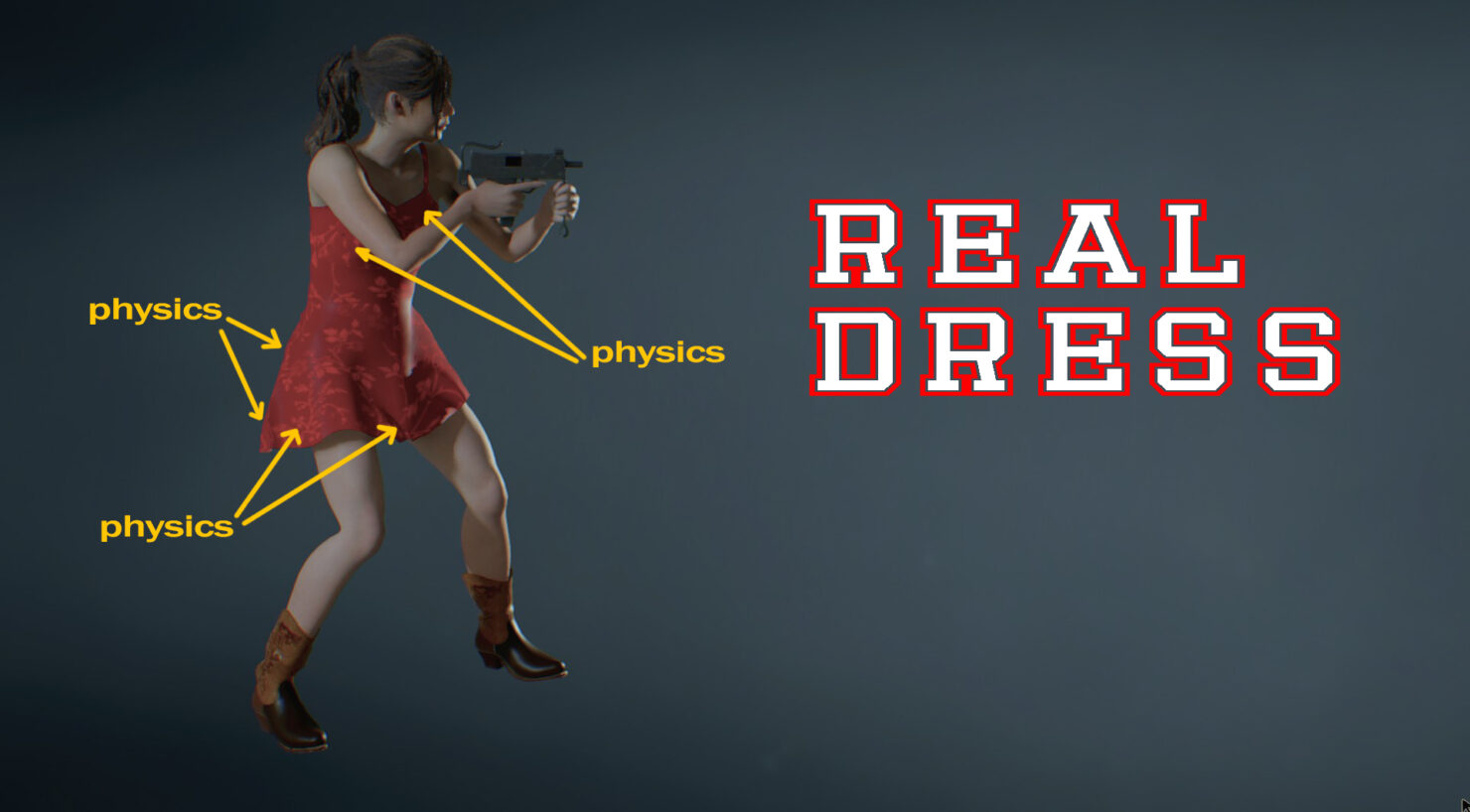 A brand-new Resident Evil 2 Remake mod has been released which a new physical model for Claire alongside ‘feminine’ movement of some body parts.

A good day for Claire fans – this new mod for Capcom’s remake of Resident Evil 2 adds allows for real physical simulation of Claire’s dress, complete with independent movement of some of her body parts.

We’ve included some images alongside an animated gif showing off the new ‘Real Dress’ mod for Claire down below:

Originally released in 1998 on the PlayStation® console, Resident Evil 2 is one of the most revered entries in the Resident Evil series, which has amassed nearly 85 million units sold worldwide to date. The original game embodied the grisly action, suspenseful exploration and puzzle-solving gameplay that set a standard for survival horror games. In Resident Evil 2, players join rookie police officer Leon S. Kennedy and college student Claire Redfield as they travel to Raccoon City to investigate the mysterious events taking place, only to find themselves trapped in a zombie nightmare from which they must escape. Their collective experiences piece together a comprehensive story revealing the reprehensible actions of Umbrella Corporation, which has thrown Raccoon City into a chaos of zombies and horrifically mutated monsters.

Once players complete Leon and Claire’s campaigns, they can unlock additional game modes offering a whole new perspective of the events unraveling in Raccoon City through the eyes of an Umbrella Corporation operative HUNK and a piece of tofu with a knife, in 4th Survivor and Tofu Survivor modes, respectively. If players choose to restart their adventures as Leon and/or Claire from the beginning of the game, they will be rewarded with the option to tackle a more challenging version of the main campaign with deeper story elements and content. For added variety, additional costumes for Leon and Claire can also be unlocked or purchased.