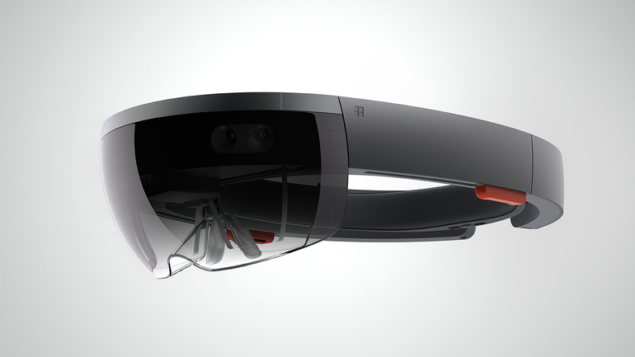 The article from Fortune has already been pulled, but Reddit user Shooob was quick enough to post its contents on the HoloLens subreddit. The original post from Fortune reveals that the first Hololens development kit will be available for pre-order on February 29th for $ 3000. Please note that this is a development kit, and not a model intended to be sold to consumers.

The pulled article also revealed some interesting details on launch titles for the Hololens. We’ve included the full content of the Fortune article down below. All credit goes to Shooob for posting this on Reddit.

Microsoft offers games and apps for HoloLens developers to learn from.

Microsoft begins taking pre-orders for its $3,000 HoloLens Development Edition on Feb. 29 in anticipation for its March 30 launch. As part of its rollout for businesses and developers, the company is providing tutorial videos, documentation, and information to help companies develop Windows 10 apps for the augmented reality system. And part of that help is coming in the form of three playable HoloLens games developed by Microsoft.

Kudo Tsunoda, corporate vice president at Microsoft, announced through a blog post today that Fragments, Young Conker, and RoboRaid (previously demonstrated at E3 as Project X-Ray) will be included with the hardware to showcase the gaming capabilities that augmented reality opens up. Early purchasers of the new hardware will include game developers, and Microsoft MSFT -1.54% is looking to create an ecosystem of software that will help it sell the consumer version of HoloLens down the line.

Fragments puts gamers in the middle of an augmented reality crime drama that unfolds in their living room. Players are able to investigate clues and solve crimes by interacting with characters that sit on their couch and talk directly to them.

“As a holographic platform highlight, Fragments demonstrates how creators can build characters and storylines that drive a higher level of emotional engagement and attachment than you can with any other medium,” Tsunoda wrote. “Fragments blends the line between the digital world and the real world more than any other experience we built. When your living room has been used as the set for a story, it generates memories for you of what digitally happened in your space like it was real. It is an experience that bridges the uncanny valley of your mind and delivers a new form of storytelling like never before.”

Young Conker takes the popular squirrel created by Microsoft-owned developer Rare off platform gaming and and into the real world. Developed by Asobo Studios (which also worked with Microsoft on Fragments), the game changes based on what environment the gamer is playing in.

“This means every person gets a unique gameplay experience, since each gamer’s real world environment is unique,” Tsunoda wrote. “It is amazing how different the play experience feels based on playing the game in your living room versus your kitchen or your bedroom. Even starting the game from a different position in a single room creates an entirely new gameplay dynamic.”

Tsunoda added that this use of real-world environments for gameplay levels shows developers a way to create HoloLens games without needing huge teams. The real world becomes the levels, allowing developers to focus on fun gameplay experiences.

Rounding out the launch games is RoboRaid, which was previously playable at E3 last year as Project X-Ray. I was able to play this game last June, along with Minecraft: HoloLens Edition, and they really got me excited about the potential of augmented reality gaming. RoboRaid is a first-person shooter that has invading aliens literally ripping through the walls of the room you’re in. You use the Clicker to shoot at the waves of alien robots as they fly into the room shooting lasers.

RoboRaid uses spatial sound as a gameplay feature, alerting gamers which direction to turn when they hear the wall crumbling. Tsunoda wrote that this game highlights how to use gaze, gesture, and voice input in a fast and frenetic gameplay experience. RoboRaid was created by a team of eight people over the course of 12 weeks at Microsoft.

Several non-gaming apps included with HoloLens will help developers, including HoloStudio, which Tsunoda wrote will allow developers to easily create 3D in 3D—at real-world scale. This app also teaches developers how to use the HoloLens interaction model of gaze, gesture, and voice within games and other applications.

The Development Edition also runs an enhanced version of Skype, which allows people running Skype on any Windows device to interact in the holographic world. Tsunoda wrote that this application shows how holograms can be used for remote collaboration and training in a way previously impossible.

“This type of communication has enormous potential in both the consumer and business world,” Tsunoda wrote. “It will allow developers to communicate with each other using the holographic medium to share development methods and seek the advice of others. With Skype, you can see the holograms the other person is seeing and you can use holograms to illustrate helpful techniques or development approaches. It is our hope that the holographic development community will be just that—a community.”

Rounding out the non-gaming apps is HoloTour, which offers users 360-degree panoramic displays of places like Rome and Machu Picchu. HoloTour allows users to actually walk around locations like Rome’s city streets complete with 3D sound to create the illusion that one’s there.

This summer, Microsoft will release Actiongram for HoloLens. Tsunoda wrote that this holographic storytelling medium for the platform will allow developers to blend holographic content into real world settings, allowing anybody to create emotionally compelling and humorous videos.

“These are videos that previously could only be created using expensive effects packages by people with extensive 3D training,” Tsunoda wrote. “We will be delivering new content for Actiongram regularly so that you can continually express yourself in this holographic medium.”

We can’t help to be rather excited for the Conker game for Microsoft’s HoloLens. We’ll report back when we learn more.