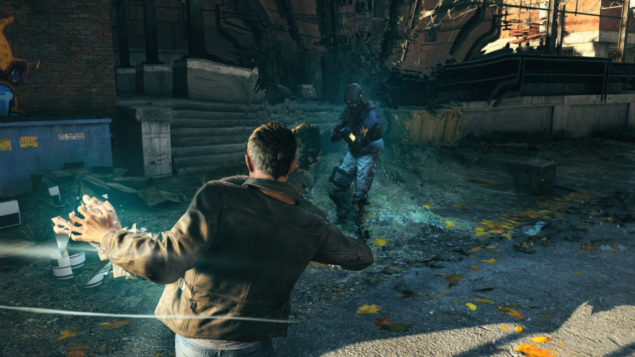 In this gaming age, whenever a game approaches its launch date we inevitably start hearing from publishers about future DLC, Season Pass and the likes.

It's only natural that RedBull Games, in one of the many questions posed to Remedy's Communication Director Thomas Puha, would ask if there will be any DLC for Quantum Break. Apparently there are no such plans, though the Finnish studio certainly has ideas on how to expand the Quantum Break universe in the future.

There are always plenty of ideas discussed in the initial stages of creating a game – way more than humanly possible to fit into one game. That said, we are very happy with what we are shipping, but there have definitely been challenges along the way. We don’t have any DLC plans, but that’s not to say we don’t have plenty of ideas for the future of Quantum Break.

Microsoft owns the Quantum Break IP, so its future is up to them. The most important thing for Remedy is that we make the game as awesome as possible, hopefully players like it and we’ll see what the future brings.

Obviously, the commercial success will largely determine Microsoft's and in turn, Remedy's commitment to the IP. If there's no intention to craft any DLC, then we could be looking at a sequel if Quantum Break sells well enough. However, if we consider that Remedy has just trademarked Alan Wake's Return and that they are known for taking their time while developing games, then the next entry in this brand new franchise could be a very long time away.

Quantum Break will be available for Windows 10 PC and Xbox One on April 5, with the PC version expected to feature a number of graphical improvements.