If the Sony PS Store(s) are to be believed, the reimagined ‘Shadow of the Beast’ will be releasing on the PS4 on January 27, 2016. 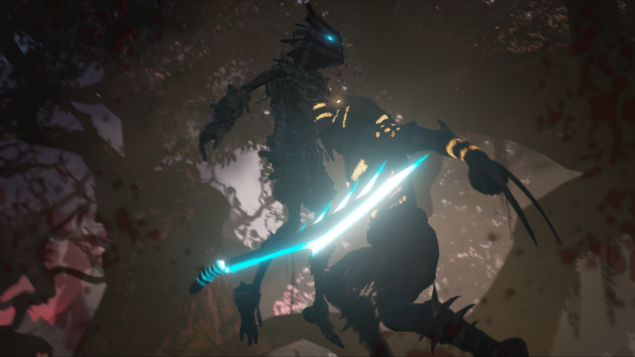 Sony has put up the game on their European PS Store(s) recently and the game hub mentions a release date on January 27, 2016. The hub is live for the UK Store, Dutch Store, French Store, and German Store. I’m sure other European PS stores, have the same listing. Those who pre-order the game, will be rewarded with a dynamic pS4 theme of the game.

Shadow of the Beast is being developed by Heavy Spectrum Entertainment Labs, and was announced during Gamescom 2013. The game is a remake of the original game that was released back in 1989 on the Amiga.

According Heavy Spectrum CEO Matt Birch the game leans heavily on the original game. “The music, the art, they were really important to us, and we wanted to make sure we don't disappoint people”, Birch said.

The story of Aarbron is told once more. Embark on a ferocious, action-packed journey in your quest to take revenge on the evil lord Maletoth, the tyrant responsible for creating the monstrous ‘beast’. In this brutal, rage-fuelled platformer, can you battle across Karamoon, unearth the truth and free yourself from the shadow of the beast?

Published by Psygnosis and released in 1989, the original Shadow of the Beast™ captivated a generation of gamers and is one of the most iconic games from the Amiga/16-Bit gaming era. Fondly remembered for its best of class graphics, music and unique art style, its success quickly spawned a trilogy of memorable games.

For the Paris Games Week event, Sony released a set of new screenshots, which can be viewed in the gallery below.