The iPhone Dev Team has just released an updated version of Redsnow, 0.9.6b2, which can jailbreak iOS 4.1 on the iPhone 4/3GS/3G, iPad (on iOS 3.2.2) and iPod touch 4G / 3G / 2G (Non MC Model only). This version also offers custom boot logos for iPhone 3GS (w/old bootrom), and the ability to let Windows users restore to a custom IPSW files that are cooked using PwnageTool for Mac. 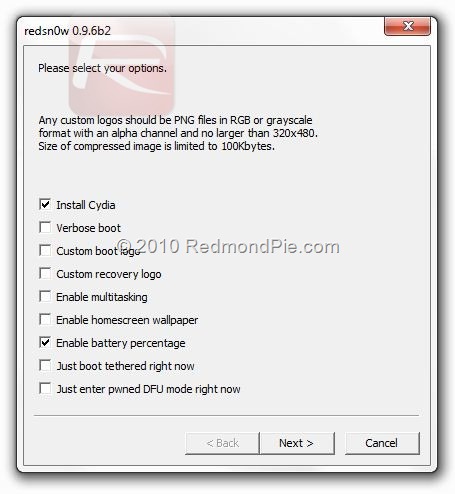 This release supports iOS 4.2 Betas but beware as Cydia and tons of others stuff is currently broken on iOS 4.2.

Download Redsn0w 0.9.6b2 for Windows or Mac from the links given below.

Instructions for usage are present here (for Mac OS X), and here (for Windows) to jailbreak iOS 4.1.

iMovie For The iPad 2 Now Available!