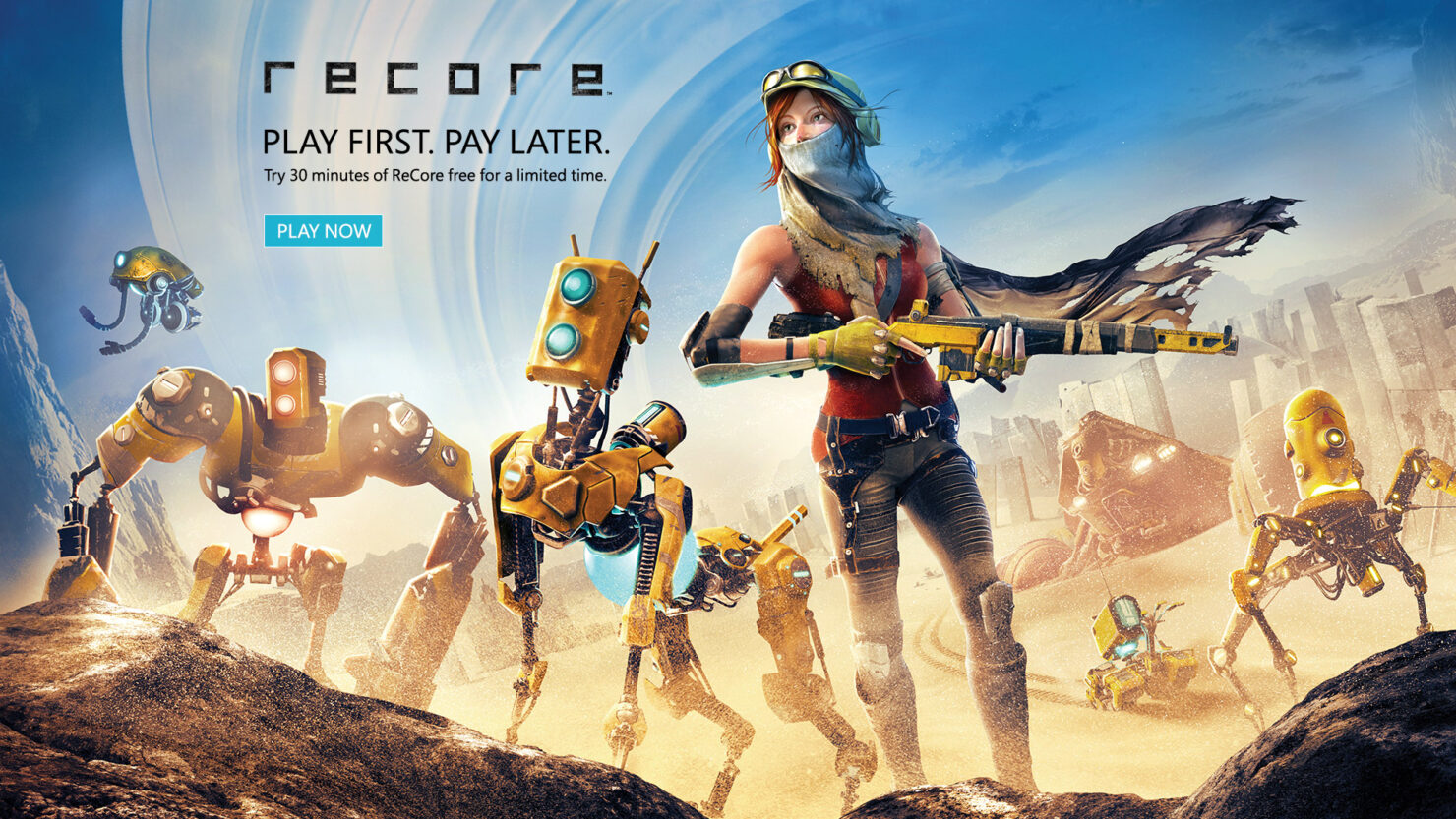 Microsoft announced today via Xbox Wire that a ReCore demo is now available for both Windows PC and Xbox One. This ReCore demo will allow players to try the game's first thirty minutes; should you decide to buy the full game (priced at $40) afterwards, you'll be able to continue your progress from the trial version.

Today, the ReCore development team is also releasing a new "significant "update that should improve the game in a number of areas.

In this update, you will experience decreased loading times, see audio and visual improvements, and notice improvements to issues you may have experienced with waypoints, achievement tracking, collision locations, checkpoints and respawn points.

ReCore, released on September 13th for Windows PC and Xbox One, has been co-developed by Japanese studio Comcept and Californian team Armature Studio. Influenced by Mega Man and Metroid, it's an action/adventure game with heavy platform elements played in third person view. In ReCore, players take the role of Joule Adams, who volunteered to help build the Far Eden colony after humankind escaped an uninhabitable Earth.

Daughter of Dr. Thomas Adams, creator of the corebots machines, she wakes up after two hundred years of cryo-sleep to find out that not only the planet had not been terraformed, but the rest of the colonists have vanished and many corebots have been corrupted, becoming hostile.

Our Francesco reviewed the game at launch and had this to say:

With a well written (albeit not exactly original) story and a nicely crafted gameplay experience featuring plenty of content, ReCore is the game to get for those looking for an involving action adventure title. Sadly, the experience is a bit lessened by the generally low challenge level, which makes Corebots mechanics almost superfluous, slightly repetitive combat, disappointing boss battles and a variety of technical issues. ReCore is not Super Metroid at all, that's for sure, but it's definitely a very good starting point for a franchise that might even become big with the right tweaks.