ReBoard Brings Multitasking Capabilities In iOS Via The Keyboard

The arrival of iOS 8 brought a lot of productivity changes in the platform. However, it still lacks behind in productivity aspects when compared to other smart devices such as Samsung's Note lineup. However, third-party developers have stepped forward to eliminate the gap. This is where the new ReBoard app kicks in. Rebound is a new keyboard designed for all devices running iOS that serves the purpose to enhance functionality beyond the stock iOS keyboard, letting users do more without switching between apps. 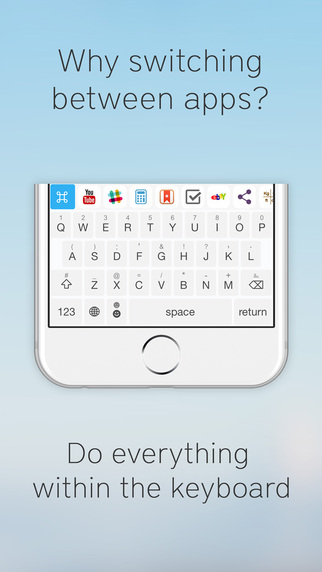 The ReBoard keyboard is developed by an independent Indian developer, Gursimranjeet Singh, who has packed all useful actions inside the keyboard so you don't have to close the messaging app every time you need to copy a link or an image. The time wasted on switching between apps is saved and can be put to better use. This productivity keyboard app has all the essential features to be throned the most productive keyboard on the App Store.

The functionality still seems a little hazy, so let's see some details for the Reboard Keyboard app.

ReBoard Keyboard For iOS Lets You Do Everything Without Switching Apps

There are many different aspects of the ReBoard keyboard that can be highlighted in terms of productivity. Ranging from multitasking to different types of themes, ReBoard is a complete package developed to satisfy users' needs.

Multitasking is one of the most important feature in ReBoard that allows users to find the desired information from within the keyboard without switching between apps. The multitasking included in the keyboard does not cast a split screen view, it merely opens several options and actions that are accessible via the command key. When users tap the dedicated command key, located beside the keyboard's predictive key, a list of scrollable icons appear that showcase several actions. All you have to do is tap the command key and type what you're looking for then tap the relevant icon that matches your request, such as the YouTube icon if you want to search for a specific video. You can search for other stuff as well, such as music and links. 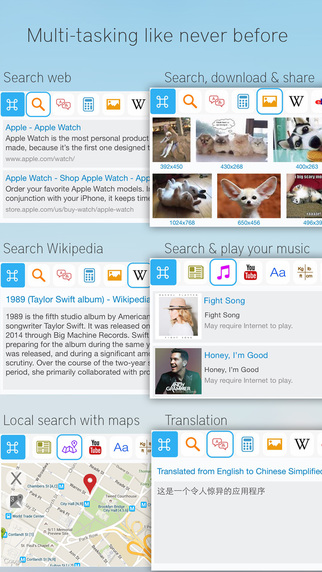 Another versatile feature of the ReBoard keyboard depicts easy sharing of files via links from the Dropbox app, images from the web as well as images saved in the camera roll on your iOS device. It's the way ReBoard keyboard is integrated with other apps on your device. You can even view maps and search for local places and share them with your friends. Nearly, each of the aforementioned actions involves multi-steps, but with ReBoard, you can do everything from within the keyboard. 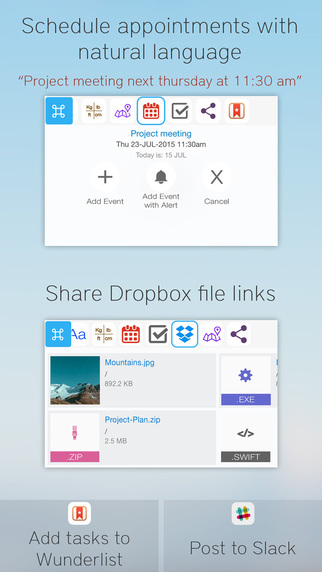 Yes, It's A Keyboard

Since ReBoard is basically a keyboard, it also features cool interactive ways for typing. The keyboard has full support for suggestive text and landscape mode. However, due to Apple's strict policy, ReBoard cannot integrate with iOS's stick dictionary. Predictive text can be disabled by a long press of the command key until a 'Typing suggestions disabled' message is displayed. ReBoard also has support for predictive emojis as well as the most relevant emojis according to the piece of text that you wrote. You can also move the cursor around using the space bar on your keyboard which is an easy way to get between clustered words. The keyboard provides a seamless experience which is easy to adapt. 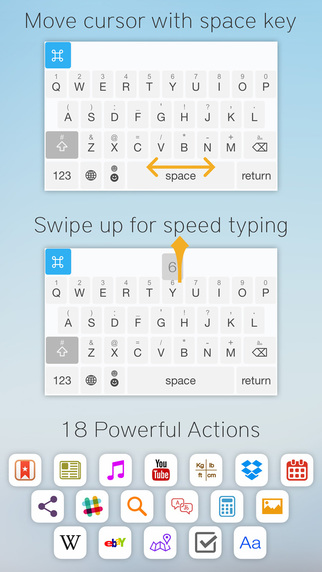 For those of you who wish to customize their keyboards, dropping some color, ReBoard features many different themes that users can choose from. You can also set your keyboard to show a different theme every time it appears. Each theme dwells a new experience so there is no way users can get bored. However, themes are part of the in-app purchases, charged at a mere 99 cents each. 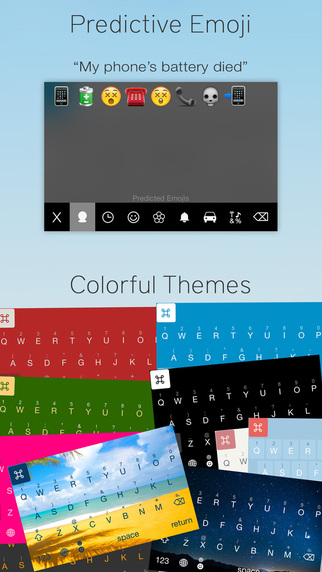 ReBoard is a one of a kind keyboard which is packed with useful tools to enhance productivity and cuts down on switching apps, ultimately saving time. There are no issues with the keyboard so far and according to the developer, updates are pipelined for a more seamless messaging experience. ReBoard is a must-have for every chat fanatic user who like to share every kind of stuff with friends.

The ReBoard is optimized for all iPhone 5 and later models and supports iOS 8.1 and up. The keyboard is available to download for only $1.99.

This is it for now, share your thoughts about this productive keyboard in the comments.